A Sea Creature That Lives Forever

Will the Green Prince Be a Green King?

The death of Queen Elizabeth last week, has led to the ascension of a life-long environmentalist to the British throne. However, King Charles III will likely be much less of a climate activist than he was as Prince Charles. 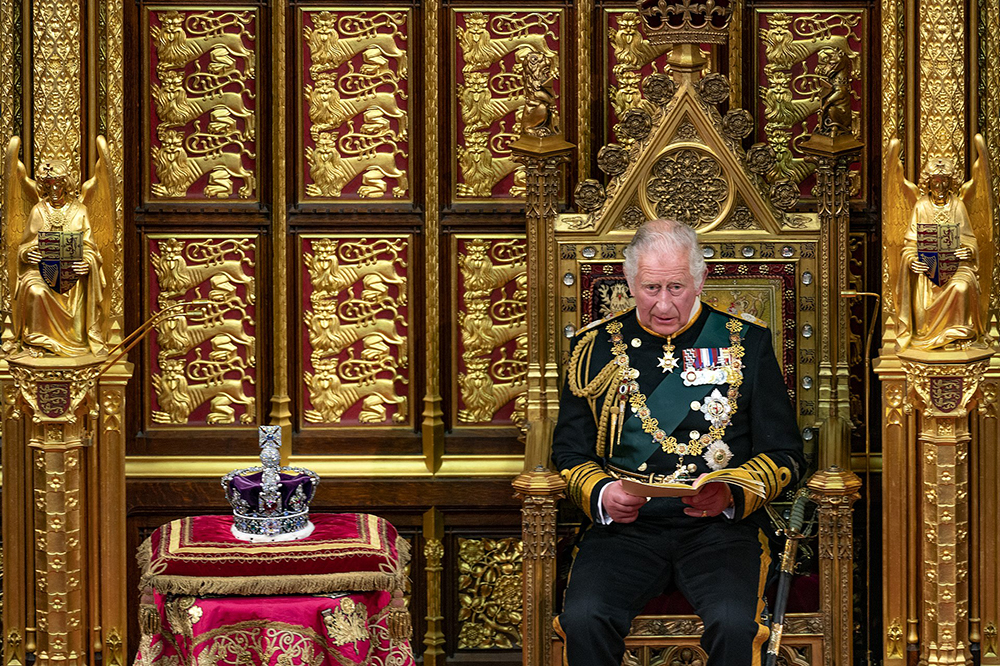 Prince Charles delivering the Queen's Speech on behalf of his mother, May 2022 | Credit: Wikiwand

As the Guardian reports, more than 50 years ago, when in his twenties, Charles spoke publicly of the danger of oil pollution destroying beaches and seabirds. He warned of factories contaminating rivers and polluting the air with smoke. He’s been an active supporter of wildlife conservation and anti-poaching efforts. In 2021, Prince Charles launched Terra Carta—a version of the Magna Carta—through which businesses were urged to recognize fundamental rights and the value of nature, including support for international agreements on climate, biodiversity, and desertification.

But now, as king, he will have to express himself differently because of the traditional limitations on the sovereign from taking an overt political stance on UK politics and decision making. He acknowledged those parameters in a 2018 interview with the BBC when he said that his public campaigning would not continue if king, and that “he wasn’t that stupid.”

Holding his tongue in public on climate issues will likely be a challenge for King Charles, as his new prime minister, Liz Truss, is set on lifting a ban on fracking and approving more oil drilling in the North Sea to increase energy supplies. The country might also keep some coal plants operating that had been set to close this year. However, the king is expected to meet with the prime minister in private on a weekly basis during which he may express his concerns about climate change.

As far as climate change goes, it’s not game over. Every fraction of a degree that we limit global warming reduces the risk of hitting tipping points after which significant changes to oceans and weather would be irreversible. 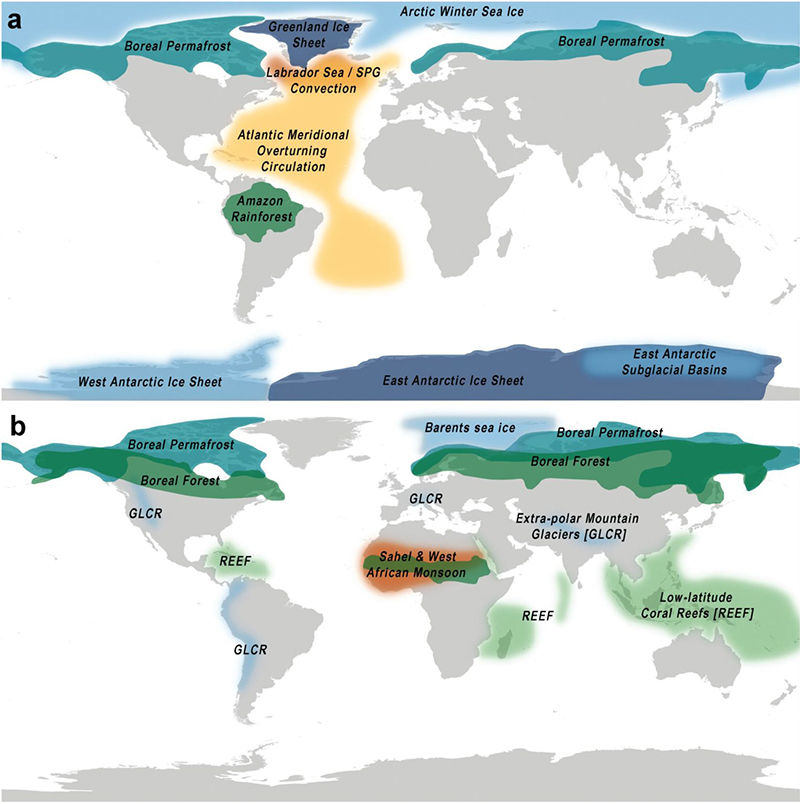 Those are the thoughts of one scientist, Dr. David Armstrong McKay at the University of Exeter, the lead author of a new study from an international research team that shows multiple climate tipping points could be triggered if global temperature rises 1.5°C above pre-industrial levels. Once a tipping point is reached, even if temperatures stop rising, changes put in motion like melting ice sheets or disappearing rainforests will continue and become self-perpetuating. Some of the changes could happen in a year and others might take centuries.

Even now, at 1.1 degrees C of warming, the researchers say we are in the danger zone for five tipping points, including permafrost thawing that releases greenhouse gases and the disruption of ocean currents in the North Atlantic changing rain patterns that billions of people depend on for food.

The New York Times reports that the idea of tipping points has been considered for many years but always with a high degree of uncertainty. Earlier research showed more than 12 systems that could reach tipping points, and this new research eliminated some but added more, so now they see 16. If we do reach 1.5C of warming, five additional tipping points are possible including changes to northern forests and losing all mountain glaciers.

But there is hope—the chance of crossing the tipping points can be reduced by immediately cutting greenhouse gas emissions.

Immortality Is Fiction, Unless You’re This Sea Creature

We’ve all heard tales of the legendary Fountain of Youth, a mythical spring that can turn back the clock for anyone drinking or bathing in its waters. Immortality is fiction, of course—unless you’re Turritopsis dohrnii, a tiny jellyfish the size of a fingernail that can return to its juvenile state, akin to a butterfly becoming a caterpillar again. 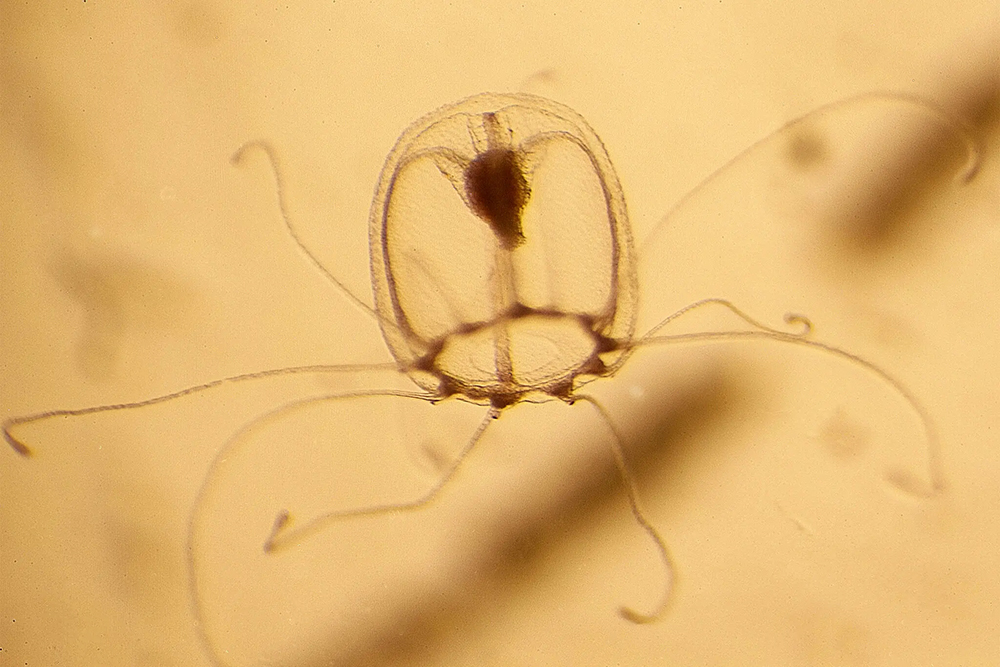 Scientists have known for a couple of decades about this so-called “immortal jellyfish,” which under stress from injury or a lack of food will reabsorb the tentacles that hang from its bell-shaped medusa and sink to the seafloor as a baby polyp to start its life anew.

Now, according to researchers from the University of Oviedo in Spain who sequenced the immortal jellyfish genome, we have an inkling as to how they defy death. As New Scientist explains, the team found that when compared to a related mortal jellyfish, Turritopsis dohrnii has double the number of genes that repair and protect DNA, which allow it to produce more restorative proteins. It also has unique mutations that stunted cell division and prevent its chromosomes’ protective caps called telomeres—which in humans and other species tend to shorten with age—from deteriorating. Provided the jelly isn’t eaten by a predator, it can repeat this cycle, perhaps indefinitely.

The researchers said their goal isn’t to achieve human immortality but rather to study how the genes they’ve identified could offer insights into numerous diseases associated with aging.

The study was published in the journal Proceedings of the National Academy of Sciences.

Heat waves. Drought. Wildfires. California is grappling with severe challenges brought on by the climate crisis. So, to up its resiliency game, the state is turning to a creature once hunted nearly to extinction and periodically maligned as a nuisance—the North American beaver (Castor canadensis). 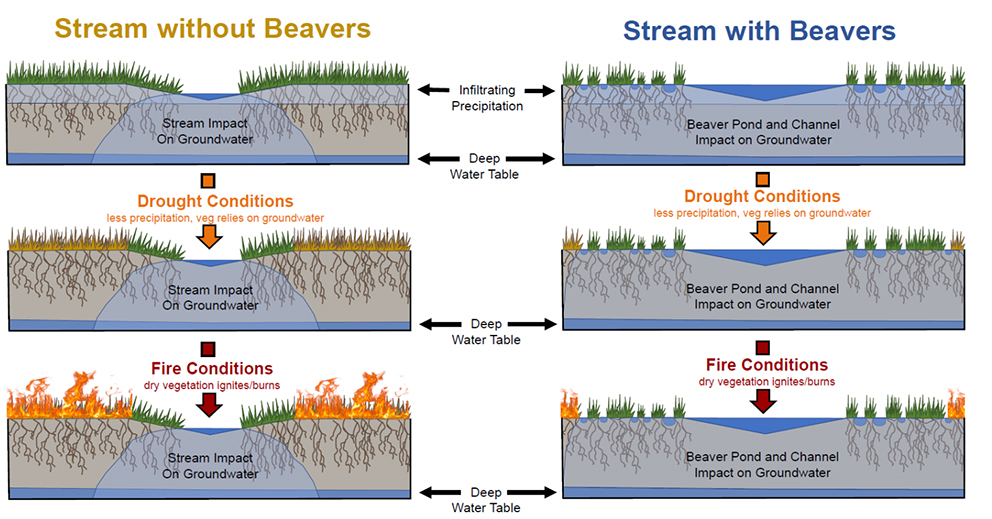 Sure, the rodent builds dams that divert waterways and cause floods, but as it turns out, that’s a good thing. Those piles of sticks and mud create ponds and channels that spread water over the landscape, giving it more time to soak into the soil, which ultimately keeps plants green—even during drought. That’s according to Emily Fairfax, assistant professor of environmental science and resource management at Cal State Channel Islands, whose research in 2020 showed that, during wildfires, areas where beavers were active remained lush, while adjacent land was scorched.

Given beavers’ ability to protect and restore ecosystems, the California Department of Fish and Wildlife wants to enlist them as part of a nature-based, cost-efficient solution to the climate crisis—and use their engineering skills to increase wildfire resiliency and boost biodiversity. The department has posted its first job listings for senior environmental scientists who will oversee restoration efforts and reevaluate programs that installed beaver dam analogs that mimic the real deal.