Blowhole Energy Could Be the Cheapest Renewable

River Crises on the Colorado and the Mississippi

The Biden administration has announced steps to address the crisis in the Colorado River Basin. The region has become drier and warmer after 22 years of drought made worse by climate change. The Bureau of Reclamation will create a new plan to pay farmers and ranchers in the Lower Basin of the Colorado River—including California, Arizona, and Nevada—not to take water out of Lake Mead. In addition, $0.5 billion will be used to upgrade efficiencies in the Upper Basin States of Colorado, Utah, Wyoming, and New Mexico. 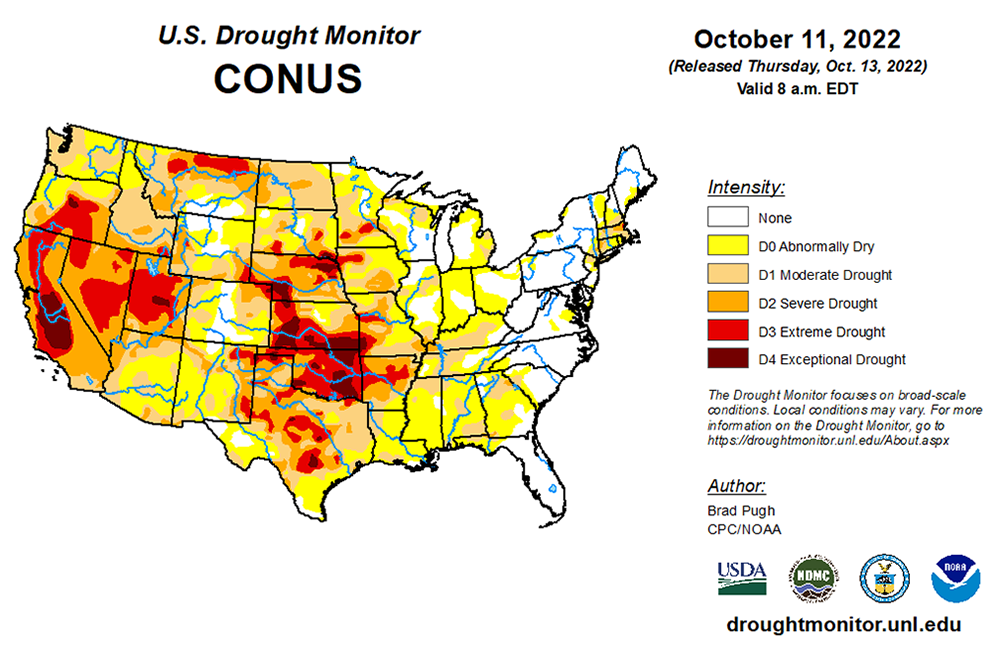 Meanwhile, a lack of rainfall is plaguing other parts of the country with more than 80 percent of the contiguous U.S. experiencing at least abnormally dry conditions and some much worse. There hasn’t been this much widespread drought for two decades. Oklahoma City has received ten inches below its annual rainfall. The corn crop in Kansas has been hit so hard that, as KCUR reports, prices per bushel have nearly doubled. Most of Nebraska is in severe drought, where wildfires have burned almost 20,000 acres, according to Nebraska Public Media.

The entire Mississippi River Basin from Minnesota through Louisiana has had below normal rainfall since August. Water levels in the river are so low that some barges have become grounded in mud and sand, delaying the transport of recently harvested corn and soybeans. The Army Corps of Engineers has been dredging parts of the river.

The Guardian reports that to make barge travel safer, shipping companies are lightening their load, but it’s much less economical. As a critical artery of the U.S. economy, the reduced traffic on the river could cause the price of goods to go up. Unfortunately, the forecast for the Mississippi River Basin is continued dry weather.

It’s Raining Harder in the U.S.

Even though there has been less precipitation in the country, a new study shows that when it does rain, it’s coming down harder in most places except in the West. Researchers from Northwestern University compared daily precipitation, including both rain and snow, during the 30 years of the 1950s, ‘60s, and '70s, to the 30 years ending in 2020. 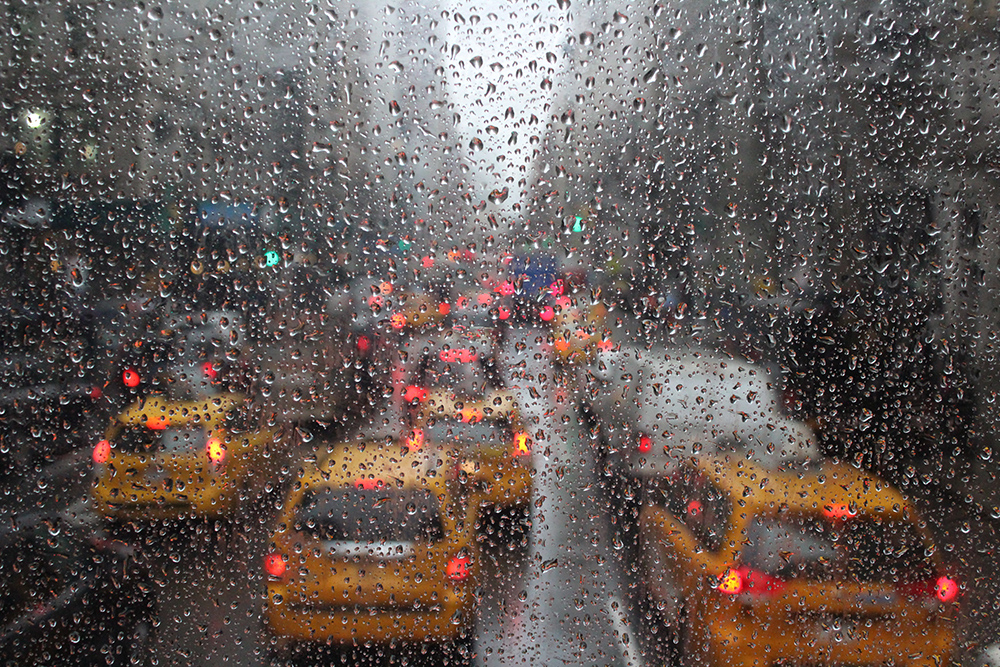 In parts of the East, South, and Midwest there was up to a six-percent increase in daily amounts when it rained. However, when it rained or snowed over the Pacific Coast or Rocky Mountains, the researchers did not observe any intensity change. The Washington Post reports that in the West, changes in the location of high and low pressure systems can have an enormous effect on how much precipitation falls in a given location.

The study did not attribute the higher intensity of rain outside the West to climate change, but the researchers said their findings were consistent with human-caused global warming. Also, the study did not analyze whether there were more frequent rains. The lead author, Daniel Horton, said that when people study the effect of climate change on weather, they often look at extremes like floods, heatwaves, and droughts, but for this study they looked at what happens during more common events. What they found is that when it rains, it pours.

The study was published in Geophysical Research Letters.

This New Renewable May Be the Cheapest and Most Reliable

A blowhole is a crack or opening in coastal rock from which large sprays of air—and sometimes water—are forcefully expelled as waves break along the shore. The high-pressure releases are exciting to watch (albeit very dangerous to stand near) and they’ve also been the inspiration for what could be one of the cheapest forms of renewable energy on the planet. 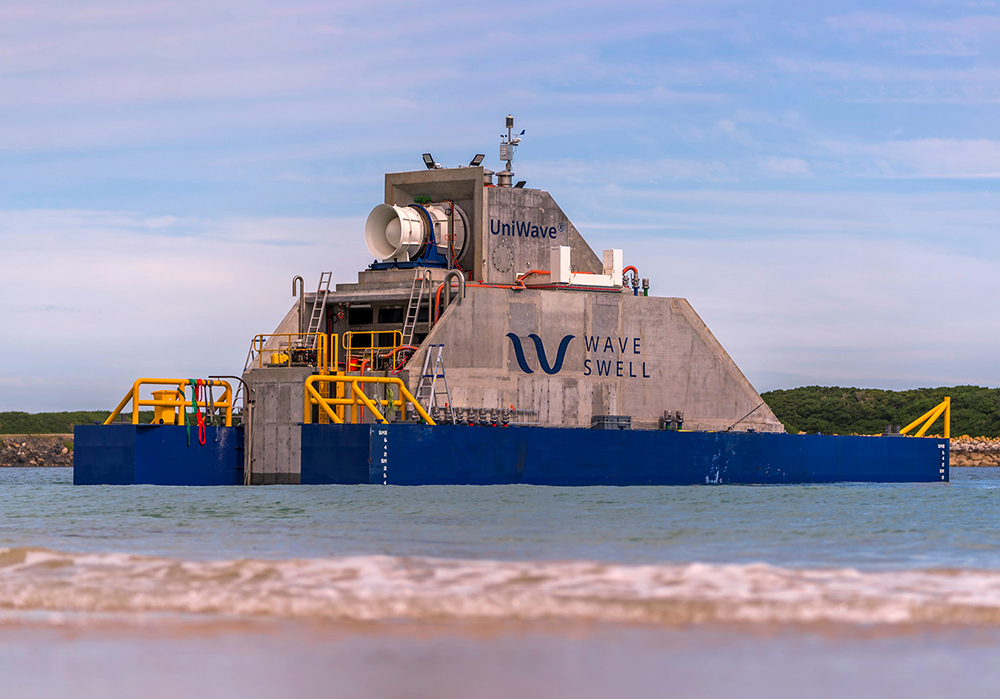 A company in Australia called Wave Swell has just completed a 12-month pilot of the UniWave 200—a structure that replicates the mechanics behind blowholes to generate energy. The large floating platform with a concrete base has an opening where waves enter a hollow chamber. As water rises and falls within the chamber, air pushes through a turbine that spins to produce electricity. The system doesn't have moving parts below the waterline, which reduces the cost of maintenance and also means it has no impact on marine life.

The pilot is located off Tasmania and sends energy to Hydro Tasmania’s King Island advanced hybrid power station, which is already connected to solar and wind power, so the facility has now become the first in the world to simultaneously derive energy from three renewable resources.

The company says the UniWave can double as a form of coastal protection if several devices are placed next to each other to form a breakwater, which would reduce erosion along the shore. They say, in addition to supplying electricity, the technology can also be used for hydrogen production and desalination.

Tidal energy to date has been too expensive to be feasible, but that’s the best news about the UniWave. An independent analysis by Australia's highly respected Commonwealth Scientific and Industrial Research Organization (CSIRO) found blowhole power would become some of the world's least expensive energy as early as 2030, New Atlas reports. According to CNET, two primary metrics measured during the pilot were efficiency and availability. Efficiency is a measurement of how much wave energy was converted into electrical energy. Availability is a measurement of what percent of time the UniWave 200 was able to convert wave energy to electricity.

The CSIRO report found the UniWave 200 captured around 50 percent of the wave energy that passed under the unit. For comparison, wind turbines are around 50 percent efficient and solar panels are between 15 percent to 20 percent. Blowhole energy is both predictable and reliable because even when the wind stops blowing or the sun sets, waves just keep on rolling.

Why Do the French Need Wetsuits at Swimming Pools?

If you’re in France and headed to a pool, you’ll probably bring your swimsuit, towel, goggles…and a wetsuit? Most likely, because in response to soaring energy prices following Russia’s invasion of Ukraine, hot water heating has become too expensive, so operators are having to dial down the temperature. 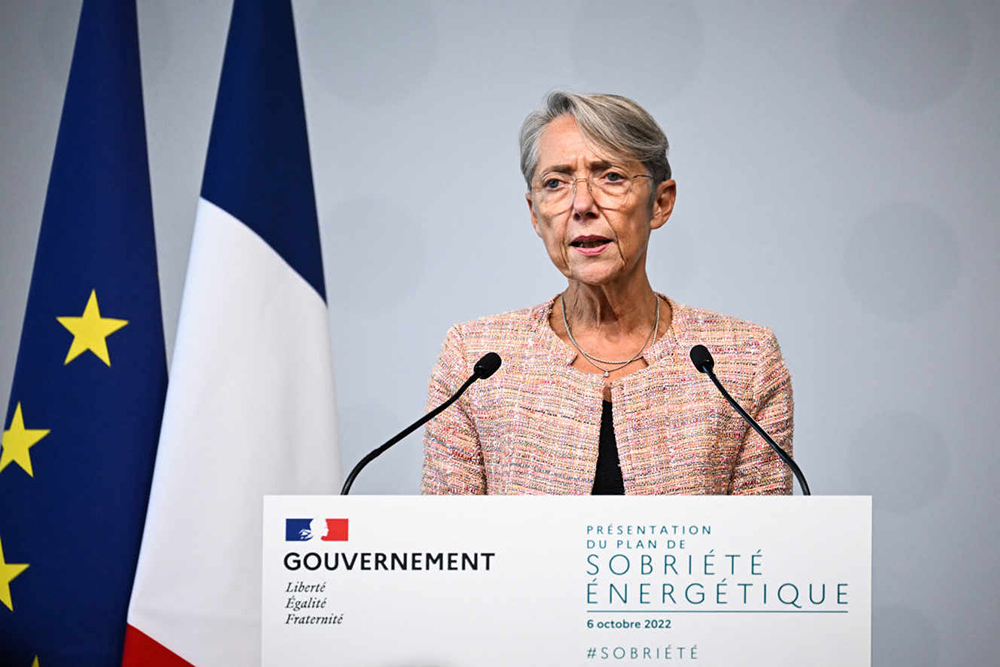 Before the war in Ukraine, the Olympic-size open-air pool in Nogent-sur-Marne outside Paris was a comfortable 26°C (79°F). Now, the temperature hovers around a chilly 19°C (66°F). Some swimmers said the colder water was invigorating and many had already started using wetsuits, but as of October 1, the pool made them mandatory to prevent medical emergencies for people not accustomed to such cold water.

Euronews Green reports that as part of the French government’s plans to cut energy consumption by ten percent over the next two years, compared to 2019 levels, swimming pool operators have been asked to reduce water temperatures by 1°C and hot water in the restrooms of public buildings has been turned off, the Minister for Energy Transition said.

France is not alone in its efforts. According to SwimSwam.com, the German government is restricting private swimming pools from being heated in an energy-intensive manner and Switzerland is reducing pool temperatures by 1°C.

The French government has announced a “sobriété énergétique” or energy sobriety plan to urge citizens to conserve energy in all aspects of their lives. To that end, French president Emmanuel Macron can now be seen in public appearances sporting a turtleneck rather than traditional button-up shirt and tie. If he shows up in a wetsuit, let us know.