The Last Straw for Plastics

California Refuses to Agree with Other States on Colorado River Use

The seven states that make up the Colorado River Basin failed to reach an agreement last week on how to reduce their water consumption so the system  avoids major disaster. The federal government had told them that by the end of January they needed to come to an understanding on how to cut two to four million acre-feet of water—about 30 percent of the river’s overall allocation—or the Bureau of Reclamation could step in. The federal government’s goal is to keep the reservoirs made by the Glen Canyon and Hoover dams from falling to extremely low levels, at which generating electricity and releasing water downstream would be threatened. 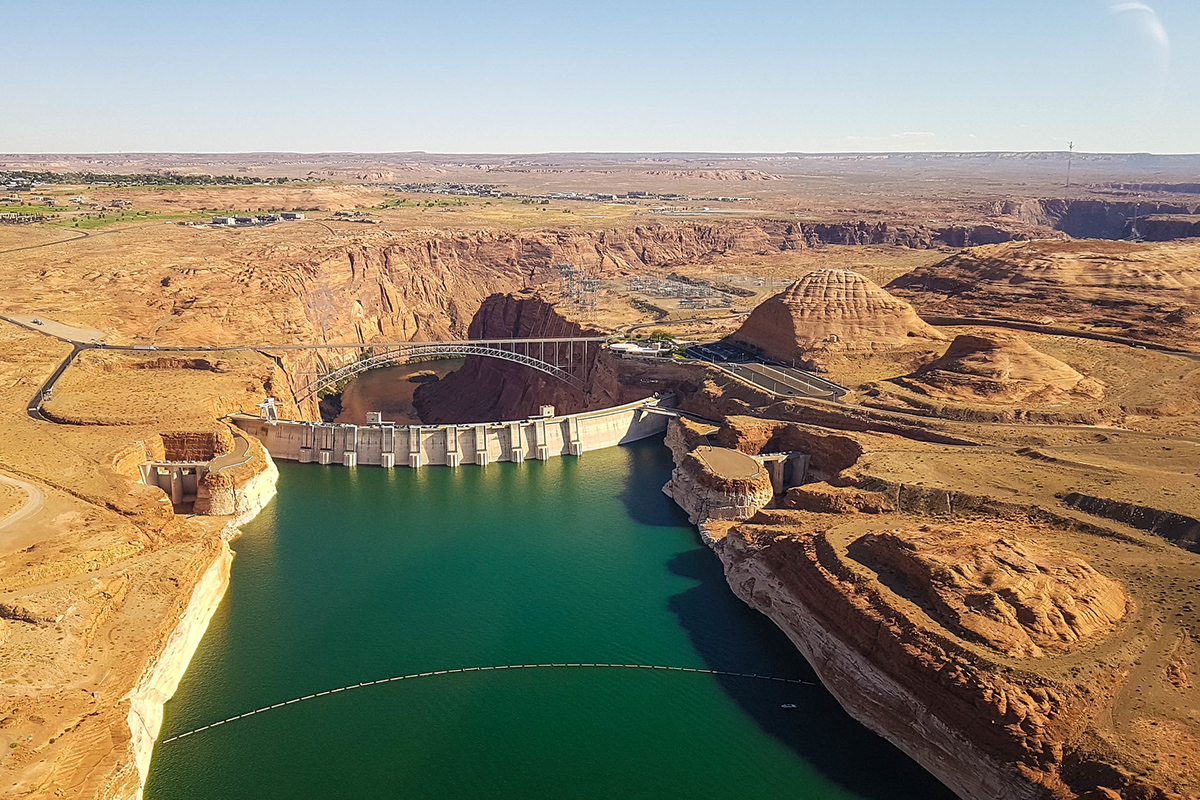 Six of the seven basin states—Colorado, Wyoming, Utah, New Mexico, Arizona, and Nevada—did submit a proposal to which California did not agree. California rejected the other states’ proposal because it would require water users, particularly farmers in the Imperial Valley—where much alfalfa, fruits, and vegetables are grown—to reduce their consumption below what they are entitled to by law.  California released its own plan containing much lower cuts for itself than proposed by its neighbors.

There are two major disputes regarding the Colorado River, one of which is between the Upper Basin states and those in the Lower. Colorado, Wyoming, New Mexico, and Utah in the Upper Basin charge that the other three, California, Arizona, and New Mexico, are taking more water than they are entitled to and are also failing to account for evaporation along huge canal and reservoir systems.

The other major dispute is essentially over who should have to reduce their usage—the farmers of the Imperial Valley or cities in Arizona and Las Vegas, Nevada. CNN reports that California, with the most senior rights, had proposed studying what the system would look like if Phoenix, Las Vegas, and other cities were cut off from Colorado River water.

Rhett Larson, a law professor at Arizona State University, told the Los Angeles Times that California may be able to win the legal battle based on a history that gives it senior rights, but the state’s position may not be right morally.

According to the Times, one should not expect the two large reservoirs on the river, Lake Mead and Lake Powell, to fill any time soon, even with this year’s above-average snowpack in the Rocky Mountains. There is now much more demand for water from the Colorado River than there was 40 years ago. Brad Udall, a scientist at Colorado State University, said, “To think that these things would ever refill requires some kind of leap of faith that I, for one, don’t have.”

The drought in much of the West has led to some dramatic, if not crazy schemes, to pipe water from, for example, the Mississippi River to Colorado or from the Pacific Ocean to Utah. Such ideas have led to some fears in the Great Lakes region that their water could be diverted hundreds of miles away; however, as Michigan Public Radio reports, there is protection against such schemes through the Great Lakes Compact. 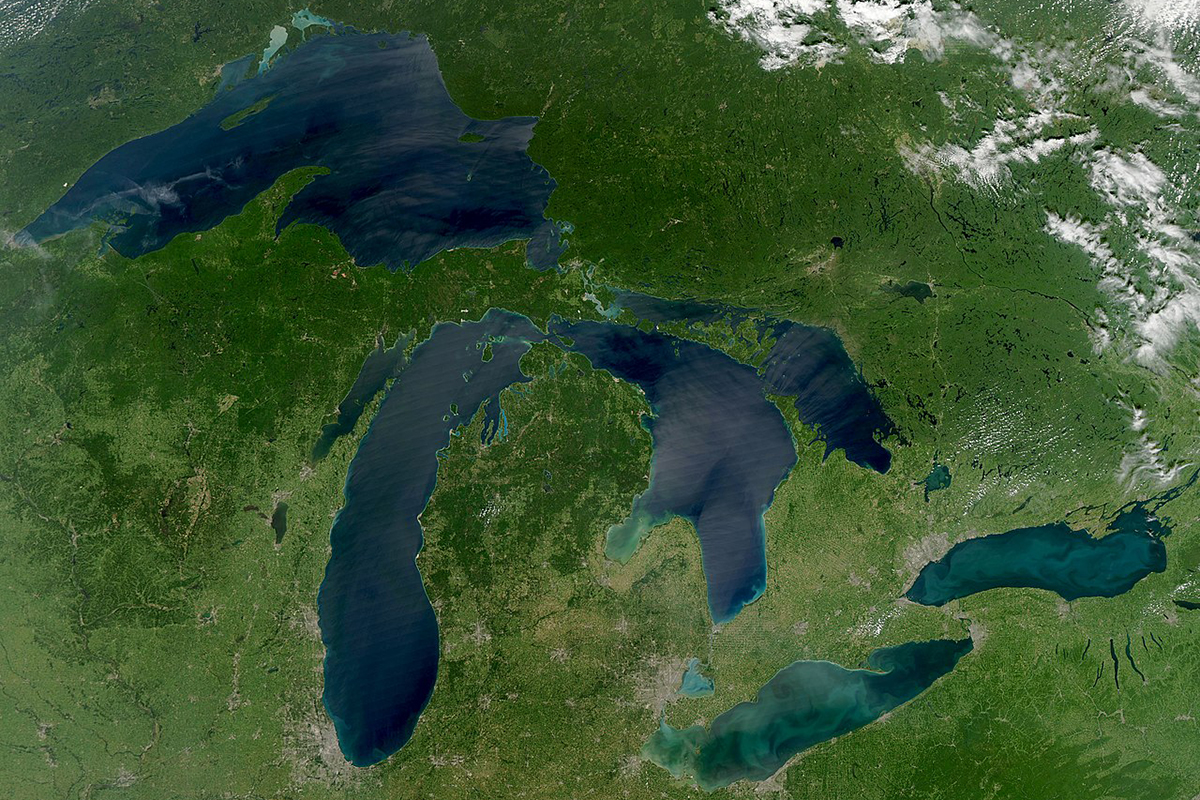 The agreement covering Lakes Michigan, Erie, Superior, Huron, and Ontario prohibits diversions unless there is a unanimous vote by all seven bordering states. However, they can only approve diversions that are in the Great Lakes Basin—nothing like a pipeline to the West. The compact among the Great Lakes states was signed into law by President George W. Bush in 2008.

Massive diversions to the West have been studied. About ten years ago, the Bureau of Reclamation looked at taking water from the Mississippi or Missouri Rivers and exporting it to Colorado and New Mexico. The scheme was dismissed as politically and technically infeasible, yet, the idea persists. Two years ago, according to the Associated Press, lawmakers in Arizona passed a measure asking Congress to study pumping water from the Mississippi to the Colorado River.

And as far as piping water from the Pacific to Utah, the Salt Lake City Tribune reports that besides being expensive, it would add a lot of greenhouse gases to the atmosphere, worsening the problem of aridification in the West.

In the new HBO dystopian drama The Last of Us, global warming has caused fungi to mutate and turn humans into zombies. It is, of course, a work of fiction—but according to a new study, the series does offer a warning about climate change. 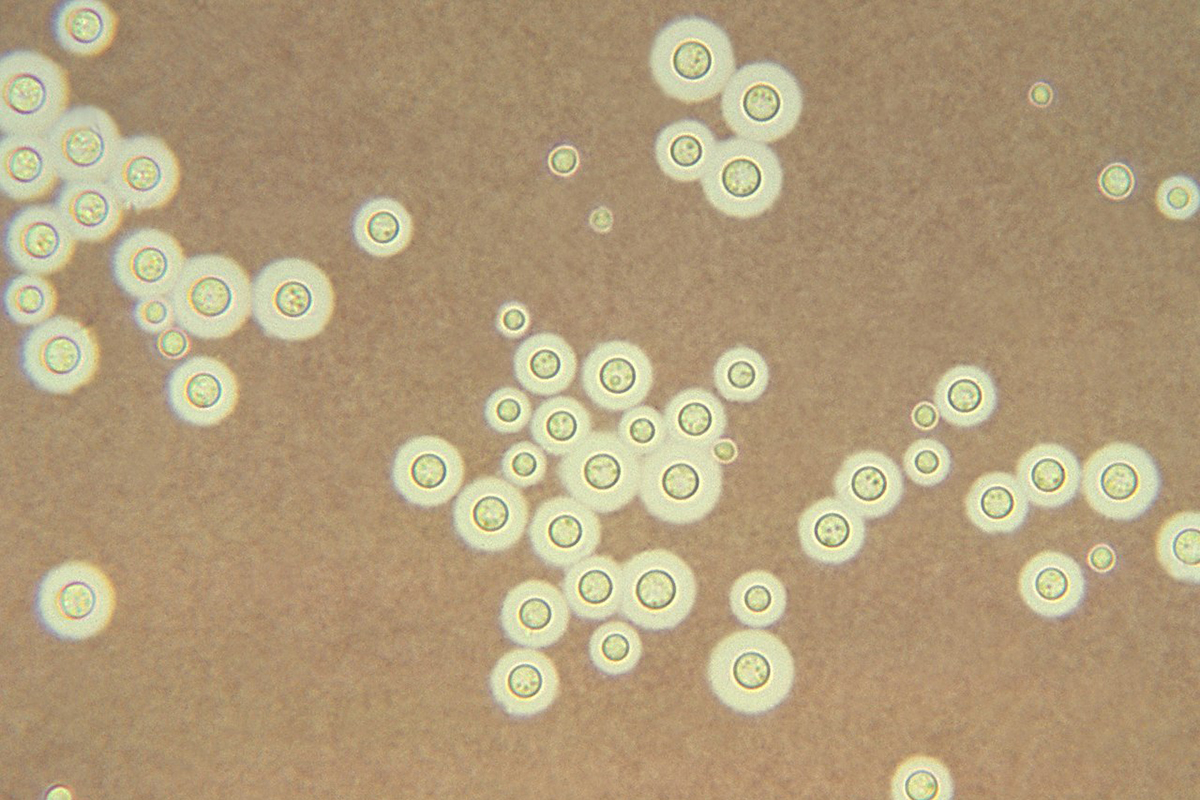 Life-threatening infections caused by the encapsulated fungal pathogen Cryptococcus neoformans have been increasing steadily over the past ten years.  People with AIDS, and those using immunosuppressive drugs are most vulnerable. | Credit: U.S. Centers for Disease Control

Most fungi don’t pose a threat to human health because our body temperature is too high. But as researchers from Duke University found, some types of fungus could evolve to withstand heat and expand their range. In the lab, the team grew the yeast Cryptococcus deneoformans, in conditions from  86 ° (30 °C) to  98.6 °(37 °C ) Fahrenheit. Using DNA sequencing to track “jumping genes”—genes that change their location on the genome—they found that the rate of movement increased with warmer temperatures, suggesting the fungi were mutating to acquire heat resistance and perhaps greater disease-causing potential.

In a university press release, co-author Asiya Gusa said, “Fungal diseases are on the rise, largely because of an increase in the number of people who have weakened immune systems or underlying health conditions.” At the same time, pathogenic fungi may be adapting to warmer temperatures as well.

It’s not time to panic about zombies, the team said. We often breathe in fungal spores, such as Candida, Aspergillus, Cryptococcus, and others and for most of us it’s not life threatening, but the Cryptococcus fungus the team studied can cause severe illness in people with weakened immune systems, so as the planet heats up, more of us could become an ideal host.

The study was published in the journal Proceedings of the National Academy of Sciences.

The Last Straw in the Plastic Debate

In our polarized world, the debate over straws…sucks. Environmentalists decry how the single-use plastic pollutes waterways and harms marine life, while others complain paper alternatives collapse mid milkshake. It seems there is no way to sip sustainably and make both camps happy—until now, perhaps. 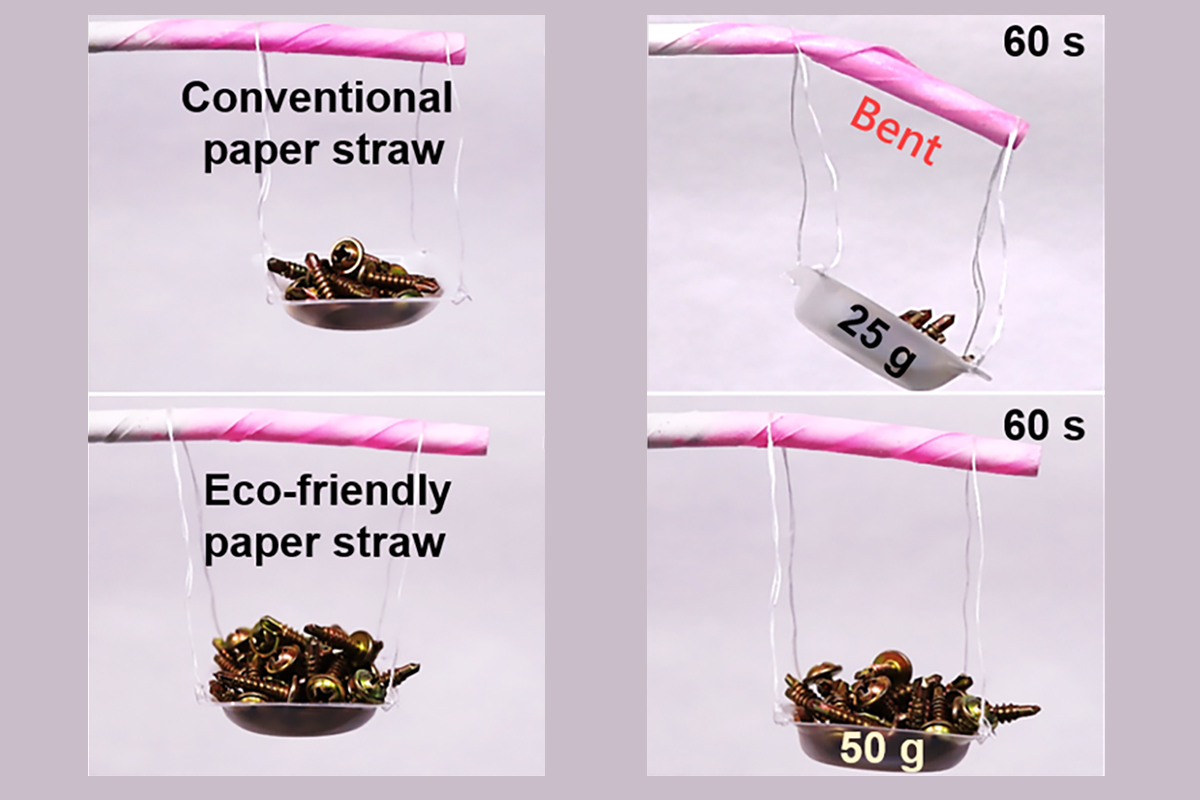 Researchers at the Korea Research Institute of Chemical Technology (KRICT) have developed a paper straw that not only maintains its shape but is also fully biodegradable, unlike existing straws or other alternatives made from corn or rice. The researchers point out that to keep existing paper straws from becoming soggy they’re coated with polyethylene (PE)—the same material used to make plastic bags and adhesives that doesn’t fully decompose and instead breaks down into dangerous microplastics.

Their new straw is made from the bioplastic polybutylene succinate (PBS), which they coated with plant cellulose, so it decomposes well even in sea water, where paper or plastic typically break down slowly because of the ocean’s low temperature and high salinity that impedes the growth of microbes.

The team found that their paper straws held up in both cold and hot drinks, and even stayed stiff when used as a stir stick—or in carbonated beverages, where bubbles have made other paper straws sag.

Many places in the U.S. and EU have implemented regulations on the single-use plastic straws, but the researchers are optimistic their solution, which will be easy to mass-produce, could be the last straw in that controversy.

The study was published in the journal Advanced Science.