Pete Ricketts, the governor of Nebraska, has fired a first shot in what looks to be a water war with neighboring Colorado. Last week, he announced his intention to construct a $500 million canal to ensure his state gets water he says it’s entitled to. Ricketts says developments planned in Colorado threaten his state, although he wasn't specific and might be referring to proposed ideas rather than actual approved projects. 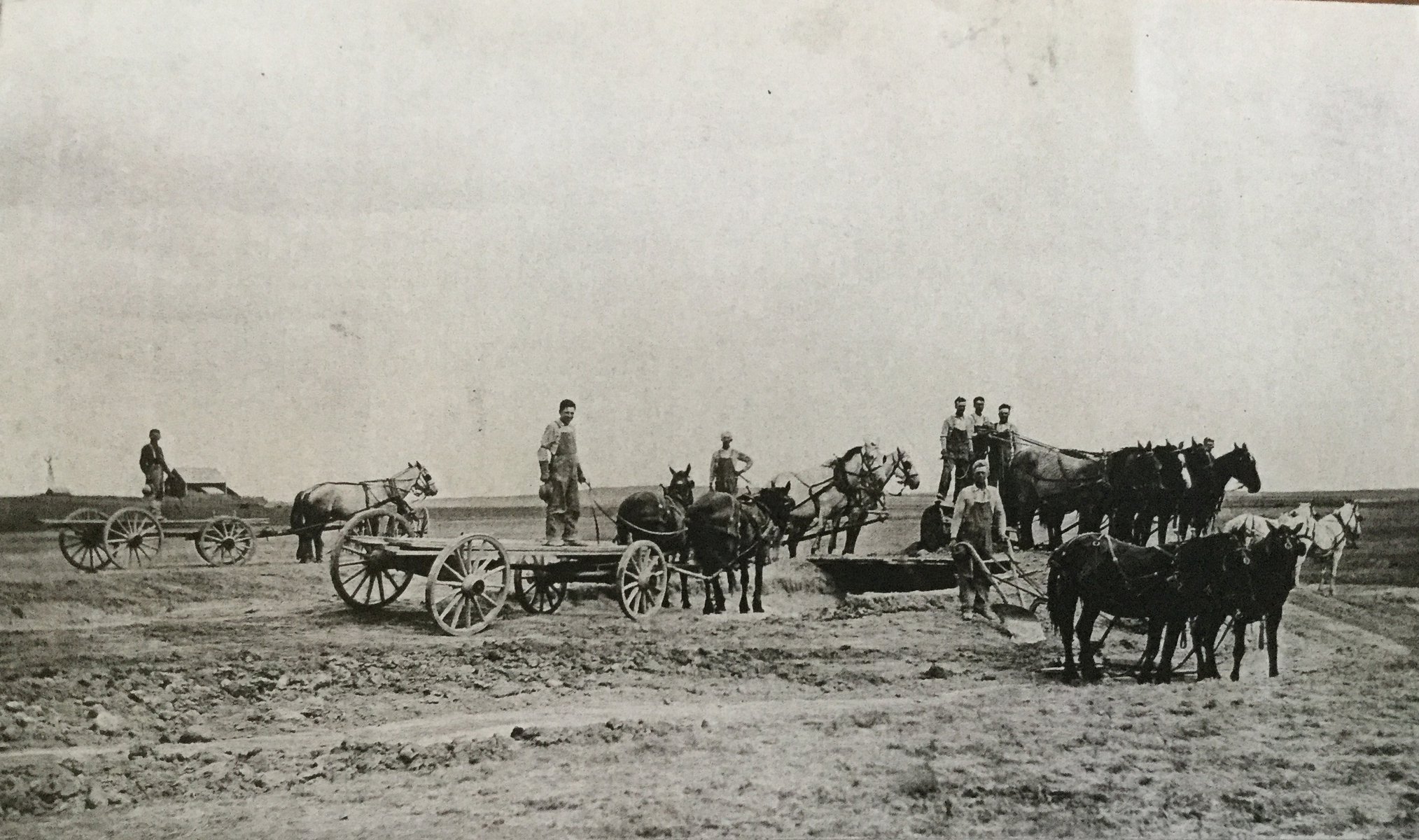 The plan is that Nebraska will build a major canal in Colorado to transport water from the South Platte River, which is already overallocated and supplies much of the Denver metro area, as well as farms and environmental projects. Ricketts said that the water would be stored in a reservoir in his state for its use.

Until the morning of his announcement, Ricketts had not raised any issues with Colorado, and its governor, Jared Polis, fired back, saying his state will aggressively assert its water rights. A 1923 South Platte River Compact entitles Nebraska to a flow of 120 cubic feet per second during the irrigation season between April 1 and October 15 and 500 cubic feet per second during the non-irrigation season. Kevin Rein, the State Engineer, told the Denver Post that Colorado is meeting all its obligations under water sharing agreements.

Nevertheless, Ricketts wants to dust off a clause from the 1923 Compact that would allow water to be sent through a canal to Perkins County, Nebraska. The Nebraska governor said he would resort to using the power of eminent domain to condemn land in Colorado to build the canal. Construction of a canal was started before World War I but was never finished. In the 1980s, attempts to resurrect the idea were unsuccessful because of threats to habitats protected under the Endangered Species Act.

Joel Schneekloth, a water specialist at Colorado State University, told Nebraska Public Media that there may not be enough water for Nebraska to take the full amount that was envisioned in the 1920s. Any water fight between the states would likely get tied up in litigation for years, if not decades.

A gene that causes bacteria to be resistant to Colistin—one of the world’s most important antibiotics—has been detected in sewer water in Georgia. Colistin is a medication of last resort for treating serious infections when other drugs fail.

Researcher Issmat Kassem, pictured to the right of research professional Miranda Barr, has discovered a gene that causes bacteria in Georgia sewer water to be resistant to antibiotics. | (Submitted photo)

Researchers at the University of Georgia collected samples from an urban sewage system and detected the MCR-9 gene, and they think it is becoming established in the U.S. MCR-9 is believed to be spread through agriculture—particularly in China and India, where Colistin has been used to treat livestock. Its frequent use means that some microbes are becoming resistant, so potentially no medications could treat infections.

Colistin is banned in the U.S. for use in food animals to help slow the spread of antimicrobial resistance. China and India have followed suit and stopped using the drug, but MCR-9 could have been spread through global travel and imports from other countries. A year ago, the World Health Organization declared antimicrobial resistance among the top ten global health issues.

The study was published in the Journal of Global Antimicrobial Resistance.

As Wildlife Migrates Due to Climate Change, Plants Will Lose a Way to Spread Seeds

It was hot last year. According to a new analysis by NASA, Earth’s global average surface temperature in 2021 tied 2018 as the sixth warmest on record. Collectively, the past eight years have been the hottest since recordkeeping began in 1880.

As the planet heats up, some birds and mammals are migrating to cooler territory. But plants are rooted in place, and to survive climate change they would need their seeds to be carried to more hospitable locations. But without their animal helpers that could prove difficult. About half of all plants rely on wildlife to disperse their seeds—creatures eating fruits or nuts and then dropping or pooping them out somewhere else. But as wildlife declines, not just from the warming climate but also from poaching and habitat loss, plants could be out of luck.

Earth is losing species at a rapid rate. New reporting from the University of Hawaii says a Sixth Mass Extinction of biodiversity is currently underway, entirely caused by human activity.

Dr. Evan C. Fricke, an ecologist at Rice University in Texas, wanted to examine what the loss of birds and mammals meant for seed dispersal. Writing in The Conversation, Fricke explained that he and his team used machine learning to make predictions based on the traits of different species.

They found that because of wildlife losses, 60 percent fewer seeds are being dispersed far enough worldwide to keep pace with climate change. Further, they estimated that if currently endangered seed disperser species such as bonobos, savanna elephants, and helmeted hornbills became extinct, global seed dispersal would decline by an additional 15 percent.

This has staggering repercussions. Beyond animals losing a food source and plants a means of reproduction, seed dispersals sustain healthy ecosystems that humans rely on for producing food, filtering water, and controlling erosion. Transported seeds also help forests recover from disruptions like wildfires, which are increasing with climate change. Having fewer seeds would create a vicious cycle where plants that store heat-trapping carbon dioxide are disappearing.

Get a Kick from Shoes Made with Coffee

A cup of coffee in the morning can jump-start your day, but the grounds left over could soon put a spring in your step. A company in Finland is making sneakers out of coffee waste. 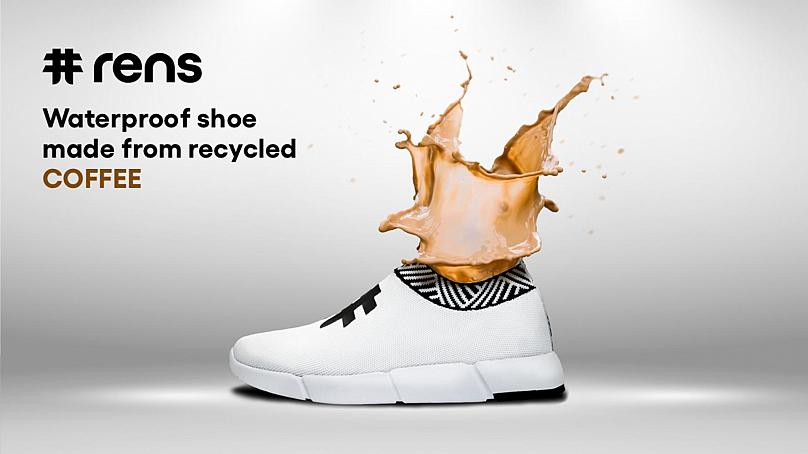 Given the popularity of java worldwide, tons of coffee grounds are sent to landfills each year, where they release methane, a potent greenhouse gas. To address the problem, the footwear firm Rens has created a sneaker using the grounds. The waste is processed and then combined with plastic pellets from recycled water bottles to make a polyester yarn for the upper part of the shoe.

The company says every pair is made from six recycled plastic bottles and 150 grams of coffee waste and diverts 21 cups worth of coffee waste from landfills. They also say that by using recycled plastic (rPET) their production has significantly lower CO2 emissions to make the upper part of the shoe compared to virgin polymers used in most athletic footwear.

For the toe, arch, and heel, to maximize traction they use a sap-like material collected from rubber trees (Hevea brasiliensis), which can have a lower environmental impact than synthetic, petrochemical counterparts if sourced sustainably. (The company does not list where it sources the rubber, however.)

They say their innovative fiber contains tiny micro-pockets that trap unpleasant odors and is naturally antibacterial. Should you get caught in the rain, the shoes are waterproof and dry quickly.

The downside of the sustainable footwear might be its high price tag—around $119 a pair, but perhaps that’s the cost of a lighter footprint on the planet.