States Must Agree How to Cut Colorado River Allocations, Or the Feds Will Decide

Last week, federal officials warned the seven states that rely on the Colorado River that they could see drastic cuts to water allocations as dryness and heat continue in the West. Bureau of Reclamation Commissioner, Camille Touton, told the Senate Energy and Natural Resources Committee that hot temperatures and dry soils have made runoff occur earlier and less predictably—and that two- to four-million acre-feet would need to be cut from water budgets. She said her agency is seeing challenges unlike it has ever seen in its history. 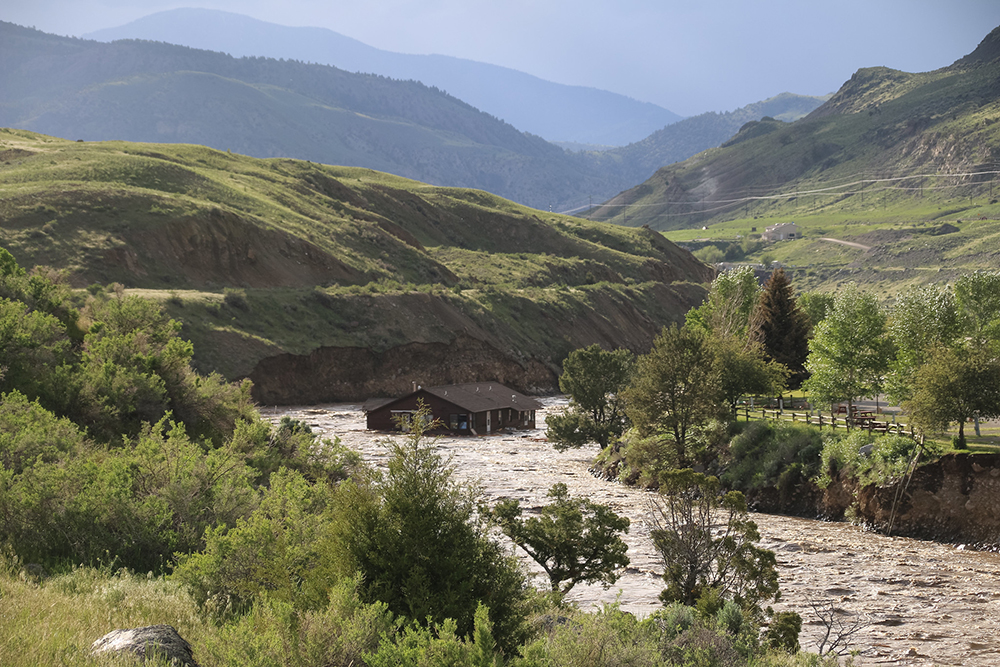 To put the size of those reductions in perspective, they could be more than the amount Arizona gets from the river each year. If the cutbacks aren’t implemented, Lake Powell and Lake Mead could reach critically low levels. The Commissioner said that if states don’t agree by the middle of August on how to implement the cuts, then the federal government will act.

The Colorado Sun reports that scientists say the amount of water that will flow this spring into Lake Powell, the second largest reservoir in the country, will be less than 60 percent of average.

While the Senate hearing focused on the lack of water in the Southwest, farther north in Montana there were devastating floods in and around Yellowstone National Park that took out bridges, washed away buildings, and forced evacuations of thousands of vacationers. High Country News reports that the area had more than twice the normal amount of snow and water in a wet spring. Then, rising temperatures along with rain caused melting snow to overwhelm the Yellowstone River and its tributaries. Marshall Shepherd, a climate scientist at the University of Georgia, told High Country News that the extremes of heat and rain in much of the West are what they have been expecting for decades, and while the region is facing its worst drought in 1,200 years, climate change is also amplifying the worst rainfall events.

Meanwhile over the weekend, in the Midwest and Southeast of the country, heat alerts were issued for this coming week that could affect millions with temperatures expected to hit 100 degrees from places like St. Louis to Raleigh, North Carolina. This comes as record-breaking temperatures occurred last week.

PFAS compounds are known as “forever” chemicals because they don't break down in the environment. They have been used in firefighting foams, cosmetics, nonstick cookware, water-repellent clothing, and food packaging. Now, according to the Environmental Protection Agency, they’re viewed as far more dangerous to humans than regulators previously thought—a determination that could have far-reaching implications for water suppliers.

PFAS chemicals can accumulate in the body and have already been linked to several types of cancer, thyroid problems, and infertility. They have been found in every state, according to the Environmental Working Group, which estimates that 200 million Americans are drinking water contaminated with the compounds.

The EPA warned that concentrations of the contaminants—even at undetectable levels—could still have negative health effects. The agency’s new guidelines recommend that water utilities, states, and tribes take steps to reduce exposure and at least notify customers if there is contamination. Concerned individuals can then consider installing water filters.

The EPA aims to release mandatory PFAS standards this fall, and, once finalized, could impose penalties if water utilities don’t meet them.

EPA’s announcement said that lifetime exposure at even extremely low levels can compromise immune and cardiovascular systems and are linked to decreased birth weights. The agency said that most uses of the compounds have been phased out by U.S. manufacturers, but the Washington Post reports some replacements for the chemicals have also been found to be dangerous to mice even at low levels.

How Do Seals See in the Dark? They Use Their Whiskers

Elephant seals that live along the California coast like to dine on bottom-dwelling fish and squid. But unlike whales, the seals don’t have echolocation or biosonar to track their prey in the dark depths of the ocean where sunlight can’t penetrate, so how do they find their next meal? A new study says it’s all about the whiskers.

Scientists led by the University of California, Santa Cruz, attached small video cameras with infrared night vision on the left cheek, lower jaw, and head of five northern elephant seals (Mirounga angustirostris) in Año Nuevo State Park north of Monterey Bay. They discovered that when the animals were at the surface, they kept their whiskers in a relaxed position. But when they began to forage in the deep, they moved their whiskers back and forth with muscles in their snout in a motion called “whisking” that have patterns similar to how rats and mice explore their world. Once the seals grabbed a few snacks, the video showed that they curled their whiskers back against their face and swam to the surface.

Previous studies showed that captive harbor seals could track herring swimming as far as 180 meters away with their whiskers. Elephant seals have the highest number of nerve fibers per whisker of any mammal, and the researchers say they’re probably sensitive enough to detect a fish moving water through its gills or flicking its tail.

Moving forward, the researchers want to study how other mammals use their whiskers. But the fascinating thing about this discovery is that it underscores how little we know about oceans, given only around five percent have been explored and mapped by humans.

A war you’ve likely never heard of has come to an end. A decades-long dispute over a rock called Hans Island that sits in the Kennedy Channel of the Nares Strait between Greenland and Canada, was finally resolved without a single shot—unless you count whisky. 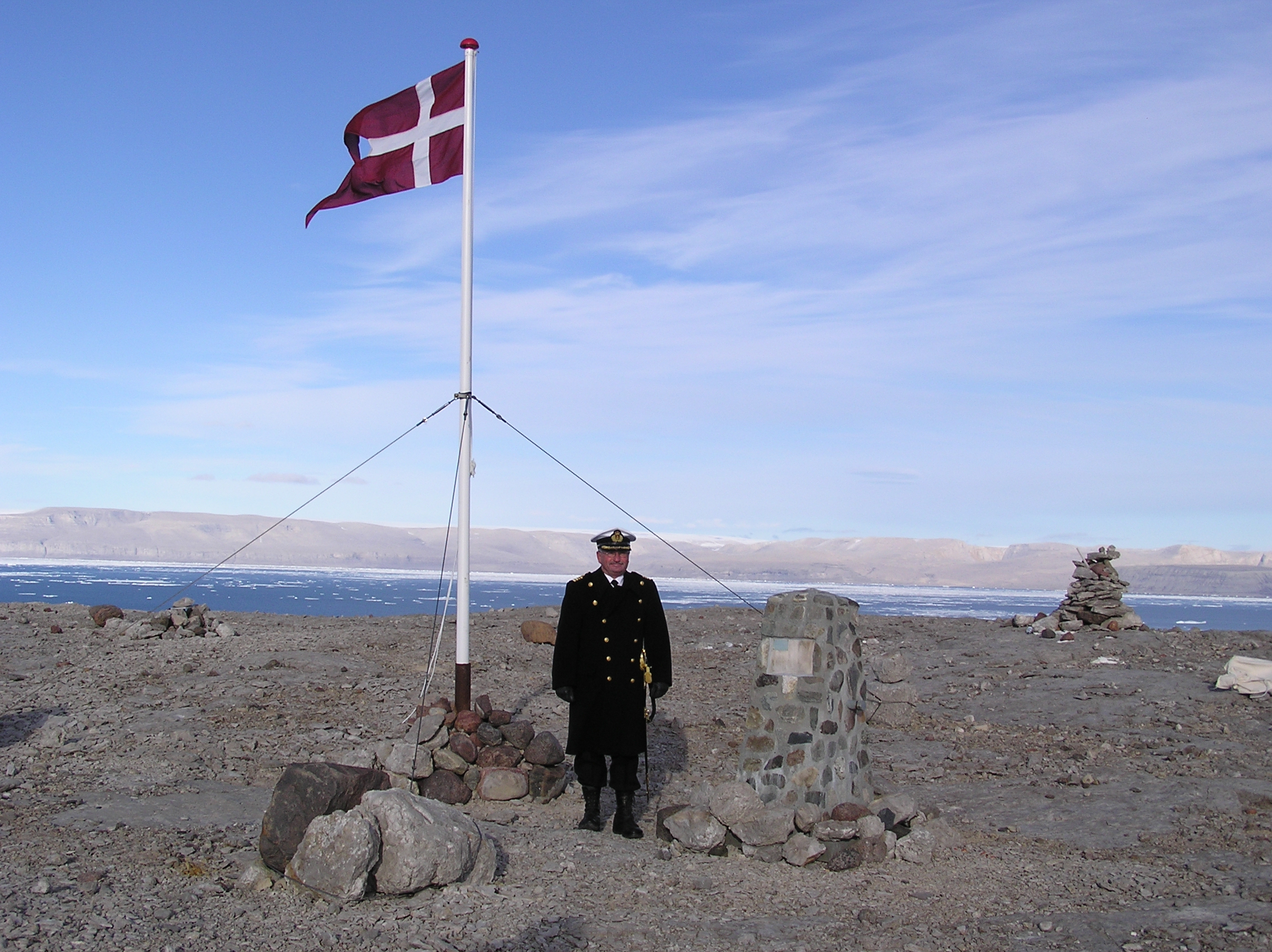 The “Whisky Wars,” as it came to be known, began in 1973 when Canada and Denmark—which claims Greenland as an autonomous part of its Kingdom—were drawing up their Arctic boundaries.

Unfortunately, Hans Island—a barren outcrop a mere square mile round—sits smack dab in the middle of the channel, and diplomats were unable to decide its ownership. Known by Inuits as Tartupaluk, the island was used by Indigenous Canadians and Greenlanders for centuries as a hunting ground.

The disagreement escalated in 1984, when Canadians staked their claim by planting the Maple Leaf flag and leaving a bottle of Canadian whisky. The Danes responded with their own flag, a bottle of Copenhagen's finest schnapps, and a message reading “Welcome to the Danish island.” The tit-for-tat squabble that left tattered flags and liquor deposits continued until last week, when the countries agreed to split the island roughly down the middle along a natural cleft in the rock. Appropriately, the foreign ministers exchanged bottles of alcohol at the ceremony. The settlement also grants rights of use to Indigenous people.

The success of diplomacy, given the war in Ukraine, is to be celebrated, but as global warming continues and countries eye the Arctic for mineral reserves, settling matters peacefully will be crucial.