How Solar Panels Save Water

Methane Leak from Nord Stream Pipelines Appear to Be Sabotage

It is likely to be the single biggest release of the potent greenhouse gas methane ever recorded. Ruptures of the Nord Stream natural gas pipeline system under the Baltic Sea may have been acts of sabotage, with Ukraine pointing the finger at Russia, and Russia blaming the U.S. and Ukraine. 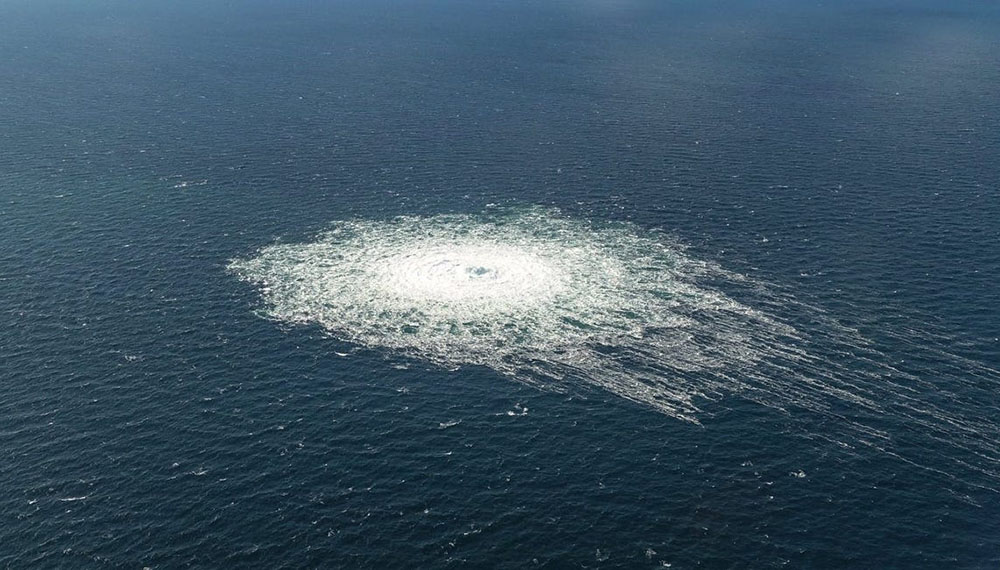 After pressure drops in the pipelines were noticed, seismological records showed explosions had occurred that were unlike earthquakes or landslides. The sea surface showed the gas leaking into the atmosphere. While the pipelines were not operational, they contained gas under pressure that bubbled to the surface in areas several hundred yards in size. Swedish and Danish officials told the UN Security Council that the gas plumes could be dangerous to marine life and were disrupting sea and air traffic. There were two leaks detected in the Nord Stream 1 pipeline that had stopped delivering gas in August. There was one leak in the newer Nord Stream 2 pipeline that had not gone into service.

Exact measurements of how much methane has leaked are not yet known; however, a former oil and gas engineer, who is now with the Environmental Defense Fund, told the journal Nature that he estimated about 115,000 metric tons of the gas had been released from the Nord Stream 2 pipeline—the equivalent of the annual carbon emissions from two million cars.

The head of the United Nations Environment Programme International Methane Emissions Observatory told Reuters that the leaks are not helpful at a time when we need to reduce global warming emissions. The Observatory tweeted on September 30 that the leak in Nord Stream 2 appeared to be diminishing.

Hurricane Ian Was Ramped Up by Climate Change

After Hurricane Ian hit the U.S. last week, killing at least 65 people, there were forecasts that record river flooding could continue this week in parts of Florida. Ian was one of the most powerful hurricanes to hit the U.S. in the past decade. As of Saturday, nearly two million people from Florida to the Carolinas were without power because of the storm. 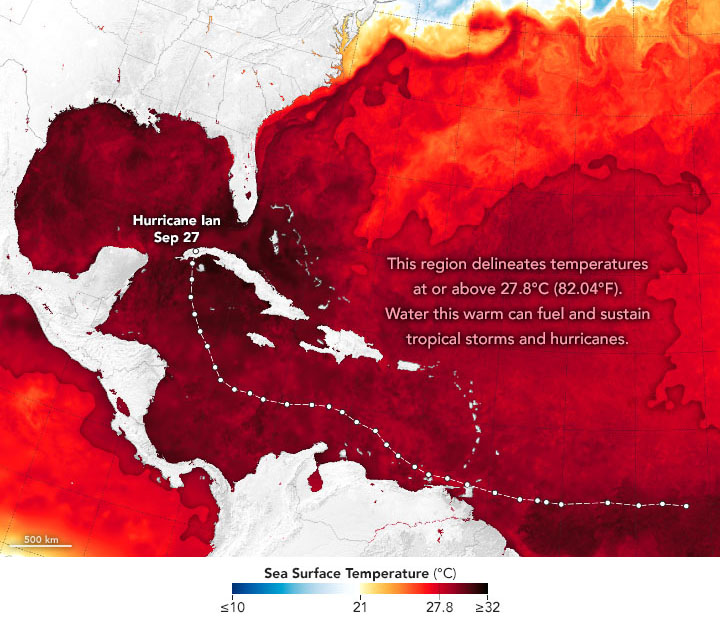 A preliminary analysis concluded that human-induced climate change increased the storm’s rainfall by ten percent. One researcher told the Guardian that the increase isn’t small when it occurs on top of an intense storm, adding that if there’s already one foot of rainfall in a day, ten percent more adds an inch or more that can amplify the impact.

Global warming causes the atmosphere to hold up to seven percent more water for every one degree Celsius of temperature rise. All that moisture can be released quickly, flooding cities and filling rivers.

Ian intensified rapidly from a tropical storm to a hurricane in less than a day, becoming close to a Category 5 hurricane. The same strengthening occurred last year with Hurricane Ida, which devastated parts of Louisiana. According to NASA, Hurricane Ian moved over an abundant fuel source in the Gulf of Mexico, where sea surface temperatures off Cuba and Florida were above long-term averages. Records were set for the highest storm surge ever recorded in Fort Myers, and Naples, Florida.

Some Sharks Evacuate During Storms, Some Stick Around for the Feast

By now, you’ve probably seen the viral video of a shark swimming in a flooded backyard in Fort Myers, Florida, during Hurricane Ian, which drew comparisons to the sci-fi “Sharknado” movie series. (Shark memes have become a regular staple on social media following storms, but experts say this video was legit.) Generally speaking, sharks and other marine life evacuate long before storms arrive, according to Bradley Strickland, a postdoctoral researcher at William and Mary’s Virginia Institute of Marine Science, who studies aquatic animal response to hurricanes and climate change. 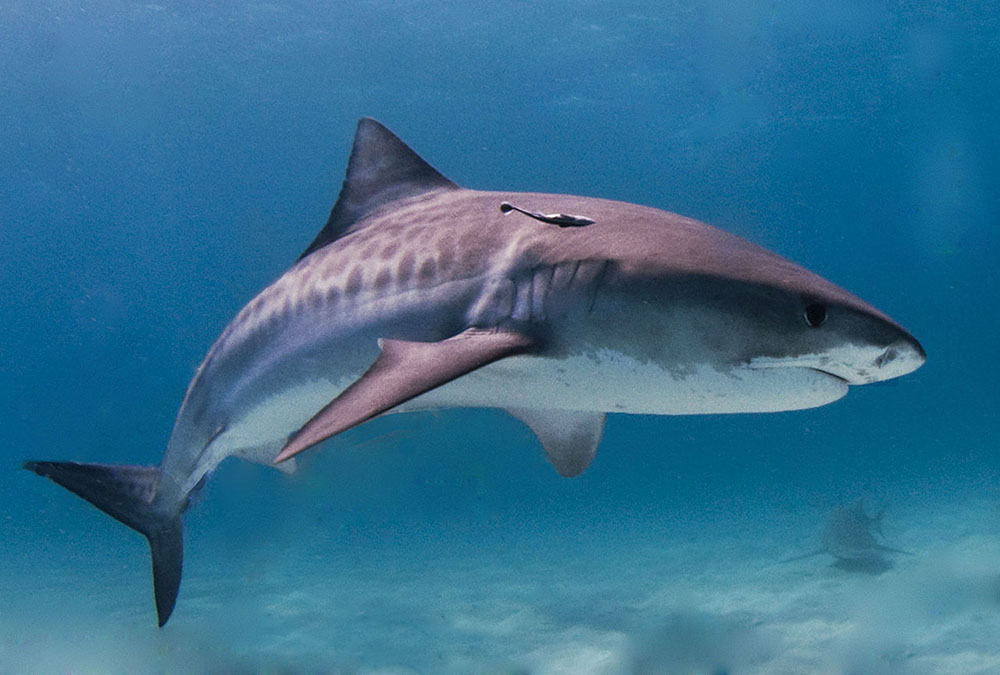 He told Popular Science that while some animals are better equipped to ride out hurricanes, sharks are among the best. The creatures use their sensitive inner ears to detect a gathering storm’s barometric pressure changes and start heading for deeper water. Given that some can swim up to 45 miles per hour, they can easily escape—that is, if they choose to. For some larger predators like tiger sharks that grow up to 14 feet and 1,400 pounds, hurricanes can be the ultimate smorgasbord to chow down on dead birds and fish, according to Neil Hammerschlag, director of the shark research and conservation program at the University of Miami.

For animals that can’t relocate, finding shelter may be the only option. Sea snakes will seek refuge in volcanic rocks and alligators will likely hunker down. Florida’s beloved manatee may not be as lucky. The animals can get trapped inland after floodwaters recede.

But as much as aquatic life may have evolved to survive storms, humans pose the bigger threat by encroaching on habitats and adding carbon into the atmosphere that has been supercharging storms’ destructive power.

If you have rooftop solar on your house, you might have installed the panels to produce clean, renewable energy. But did you know you were also conserving water? 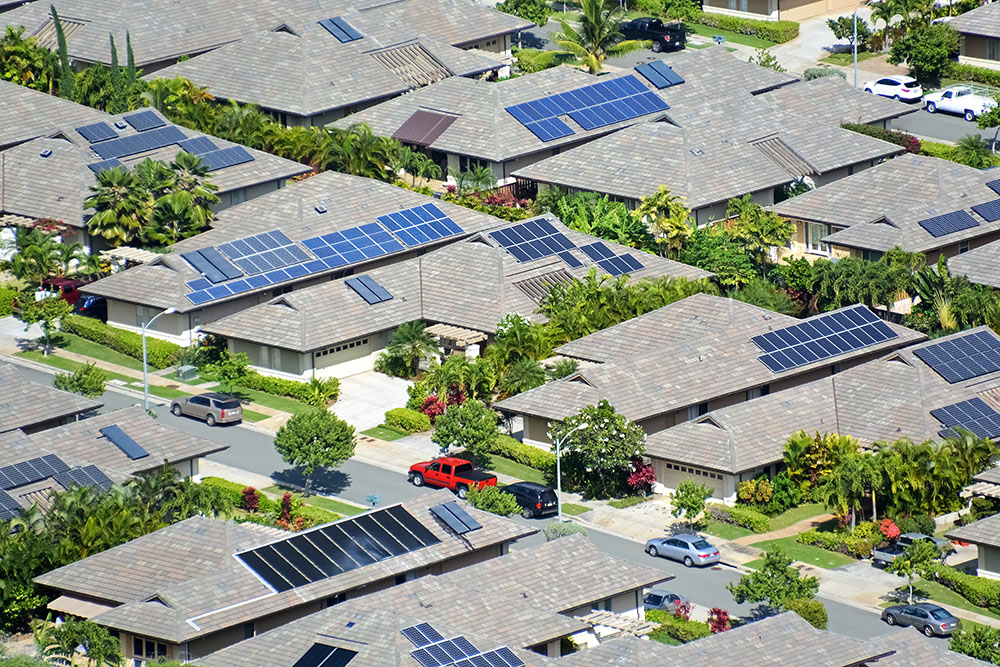 Energy production in the U.S. consumes nearly as much water as the agricultural sector because it takes volumes to mine and burn coal, frack and pump natural gas, and cool nuclear plants. Solar panels—once they’re installed—take zip, zilch, zero—not a drop. That’s according to a pair of Duke University researchers who did the math. They say an average U.S. household with rooftop solar may reduce the need for 16,200 gallons of water per year to produce energy.

The authors estimate that the current amount of rooftop solar represents a savings of 99 billion gallons of water a year—the equivalent to around four days of California’s total water usage. And as solar installations grow, so too will the savings.

The study compared water consumption for energy by state, since each state uses different sources for electricity generation and has different use patterns and number of homes. Lead author, Avner Vengosh, said that states in New England would benefit by converting to solar because they don’t use much electricity for air conditioning and tend to heat their homes with oil. Arizona and California— states that have water shortages and a lot of sunny days—would also be big winners.

Water use is only part of the picture, however. Contamination from mining, oil spills, and coal ash disposal reduces water availability overall, meaning the water footprint from fossil fuels is larger than we think.

The study was published in the journal Science of the Total Environment.