Red to Grow, Blue to Flow

The Keystone pipeline that carries heavy Canadian tar sands oil to American refineries has ruptured in northeast Kansas, dumping over 588,000 gallons. Bloomberg reports that the spill is among the largest onshore oil leaks in over ten years, according to data from the Pipeline and Hazardous Materials Safety Agency—and the total release could end up being more. 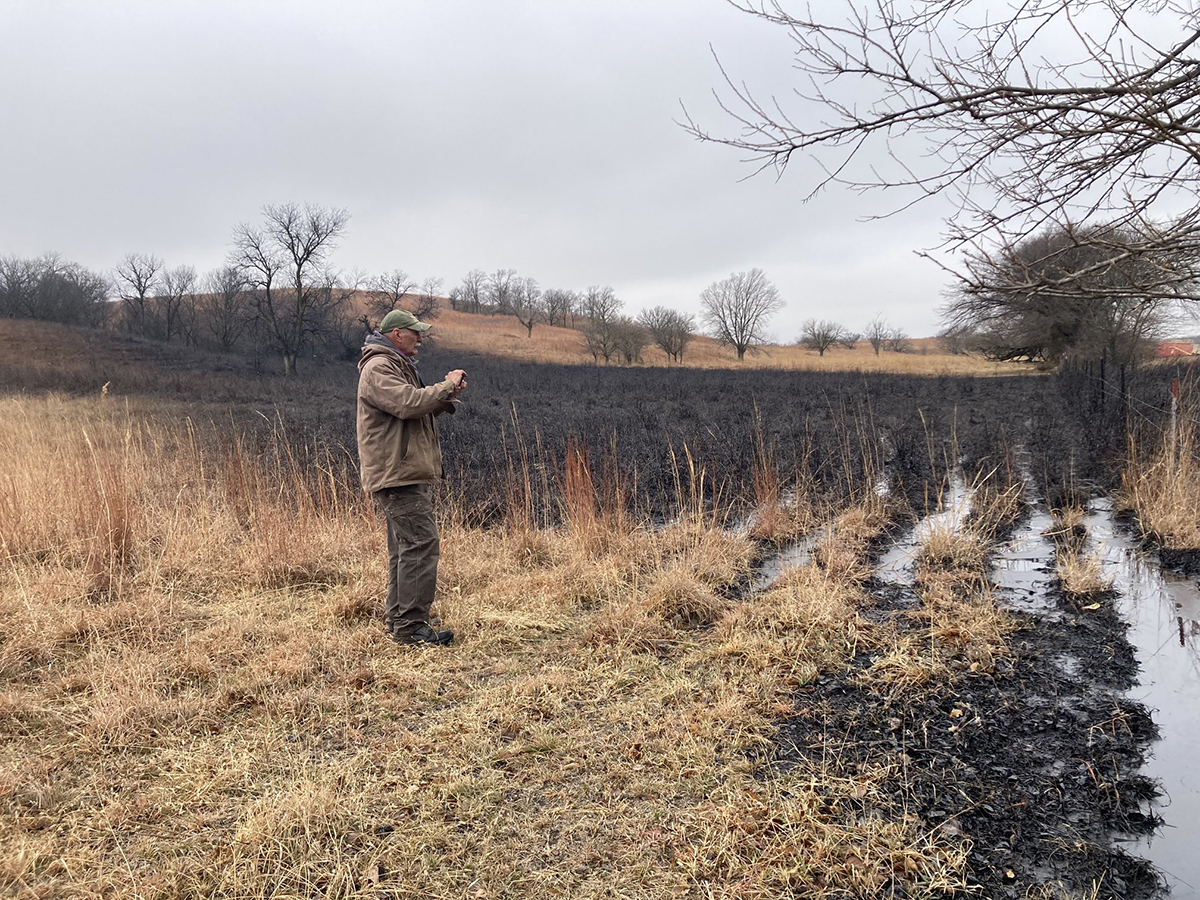 This latest incident, which dumped 14,000 barrels into Mill Creek, three miles east of Washington, Kansas, was larger than all of the 22 previous spills on the Keystone pipeline combined since it began operating in 2010. The EPA said the spill has been contained and that TC Energy, the pipeline’s owner, has built an earthen dam about four miles downstream to prevent the oil from moving into larger waterways. The agency said local drinking water wells were not affected and that the Kansas Department of Health and Environment has issued a stream advisory, warning residents to keep livestock, pets, and children out of the creek.

According to the Associated Press, tar sands oil is more toxic than lighter crude and sinks in water rather than floating on top, making cleanup difficult and sometimes even involving scrubbing individual rocks in a creek bed.

Environmentalists have warned about the potential for spills and had opposed plans by TC Energy to build the Keystone XL, a 1,200-mile extension of the system, which would have cut across Montana, South Dakota, and Nebraska. The company scrapped plans for the pipeline after President Joe Biden canceled its permit, citing the potential contribution to climate change.

Why COP15 Is More Important Than COP27

The COP15 conference that started last week in Montreal may be more important than the recently concluded COP27 talks on climate change. That's because the meeting will determine the fate of the entire living world, which is threatened by the loss of biodiversity and species extinction. 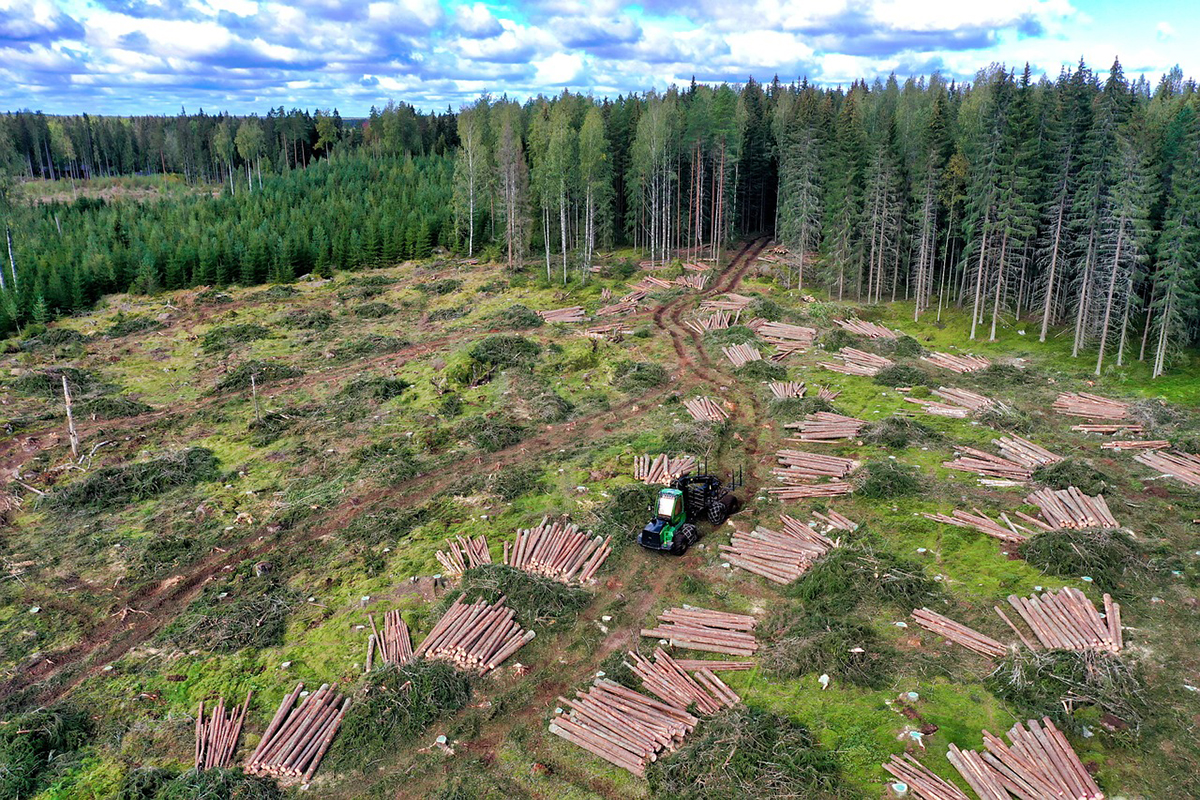 Tree cutting can result in the loss of habitat for plant and animal species. | Credit: Reijo Telaranta/Pixabay

These talks are called COP15 because it is the 15th Conference of the Parties on the UN Convention on Biological Diversity. The goal is for nations to commit to preserve 30 percent of their land and water by 2030, an effort called “30 by 30.”

Three scientists, Shahid Naeem, Yonglong Lu, and Jeremy Jackson, wrote an editorial in the journal Science Advances saying biodiversity and species extinction are vastly more important than global warming. They explained that we have an abundance of mitigation and adaptation options to address climate change, even if we don’t have the political will to implement them. But, they say, the only option to address the loss of biodiversity is to reverse it, and if we don’t, all of Earth’s ecology, including its climate, terrestrial, marine, and freshwater systems, will begin to collapse under the pressure of a human population approaching ten billion.

According to Bernadette Fischler Hooper of the World Wildlife Fund, the summit “is probably the last best chance for governments to turn things around for nature and to rescue our precious life support system.” To date, there has not been any meaningful progress made since the biodiversity convention was first established in 1992. Reuters reports that there are more than one million species that are threatened by extinction, with plants and animals currently disappearing at one thousand times the natural rate.

Representatives of almost 200 countries are trying to address problems like pesticides, noise pollution, and disclosure by companies about how they use natural resources. They’re also trying to define “conserved areas” and how to protect wildlife without infringing on Indigenous people’s use of their lands. According to Grist, defending Indigenous rights and lands, which contain 80 percent of the world’s biodiversity and its most resilient forests, also protects the environment. Behind the scenes at the conference, AFP reports that lobbyists for fertilizer and pesticide makers are pushing against stronger protections for ecosystems and species.

UN Secretary-General António Guterres criticized multinational corporations for filling their bank accounts while emptying the world of its natural gifts and making ecosystems playthings of profit. He described humanity as a weapon of mass destruction that is treating nature like a toilet.

An issue that threatens any agreement among the nations is “biopiracy” a term that describes rich nations or companies which extract seeds, plants, animals, and compounds found in poor countries and use them to make money from advances in medicines, agriculture, and even cosmetics. But no compensation is paid in a practice that can also be called scientific colonialism.

There is already an international agreement in place, the Nagoya Protocol, that requires the sharing of benefits from the use of genetic resources, but some countries like the U.S., Canada, and Russia have not ratified it. At the COP27 climate conference, wealthy countries did agree to create a fund to help developing countries deal with global warming.

The COP15 meeting is set to end on December 19.

Agrivoltaics is the practice of growing crops under solar panels—particularly in hot regions where there’s less water. However, today’s solar panels take all the sunlight when, according to a new study, they only need part of the spectrum—that being the blue light to generate electricity. 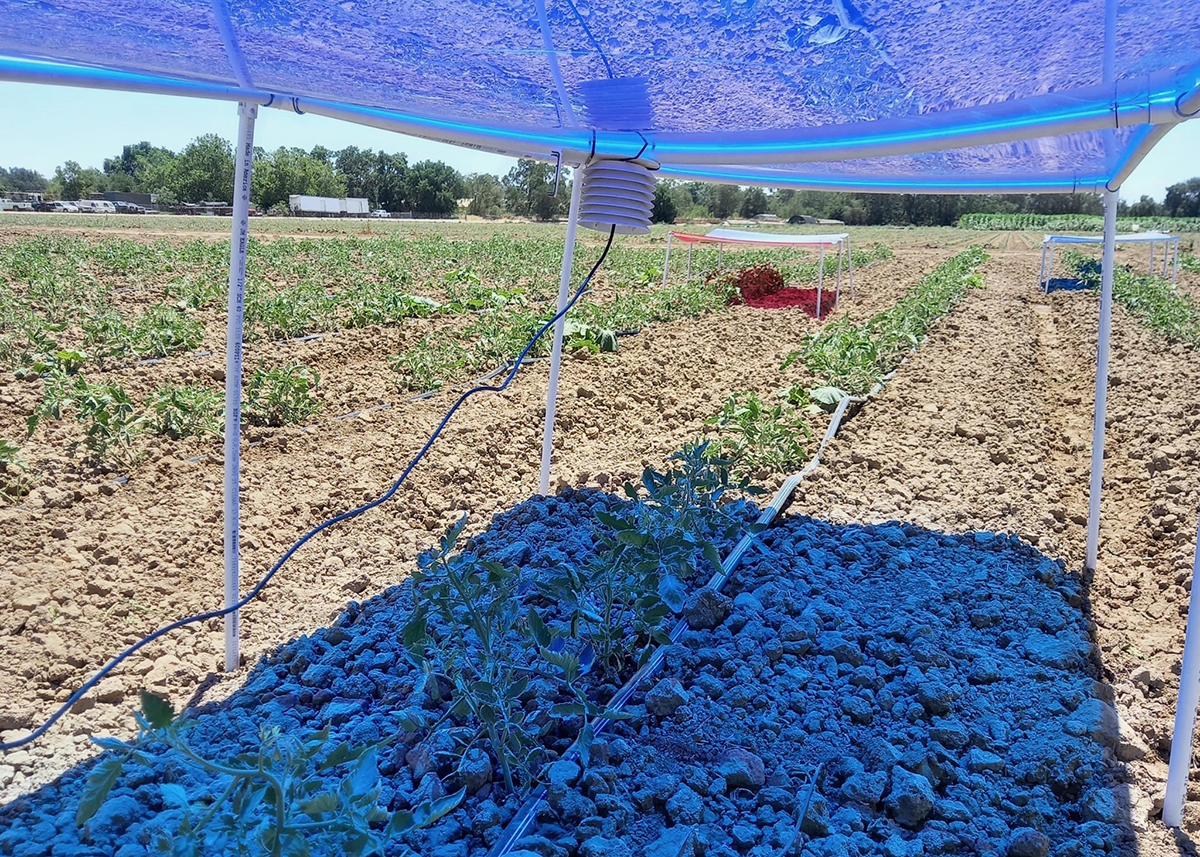 According to the University of Arizona, agrivoltaics currently work best for plants that grow in partial shade including alfalfa, yams, sweet potato, and lettuce. But crops such as wheat don't thrive in low light, and greenhouses don’t work well with solar panels on top.

But researchers from the University of California, Davis, have shown that sunlight can be split into different colors with blue light better for energy production and red best for crops to photosynthesize efficiently. The team constructed solar panels that allowed red or blue light to pass through. Tomato plants thrived under red, and by shading the soil, water use dropped dramatically. It’s a technique they call harvesting different spectra of light. The researchers also tested their theory on various other plants including lettuce, basil, and strawberry. According to the authors, more research is necessary to determine which crops and climates are the best suited to the light harvesting.

The study was published in Earth’s Future, a journal of the American Geophysical Union.

To Help the Planet, “Soil Your Undies”

When our underwear are past their prime, it’s not likely we’ll take them to a consignment shop, donate them, or hand them down to a younger sibling. When their life is over, our skivvies go under into landfills—adding to our climate and pollution woes. But what if you could compost them? 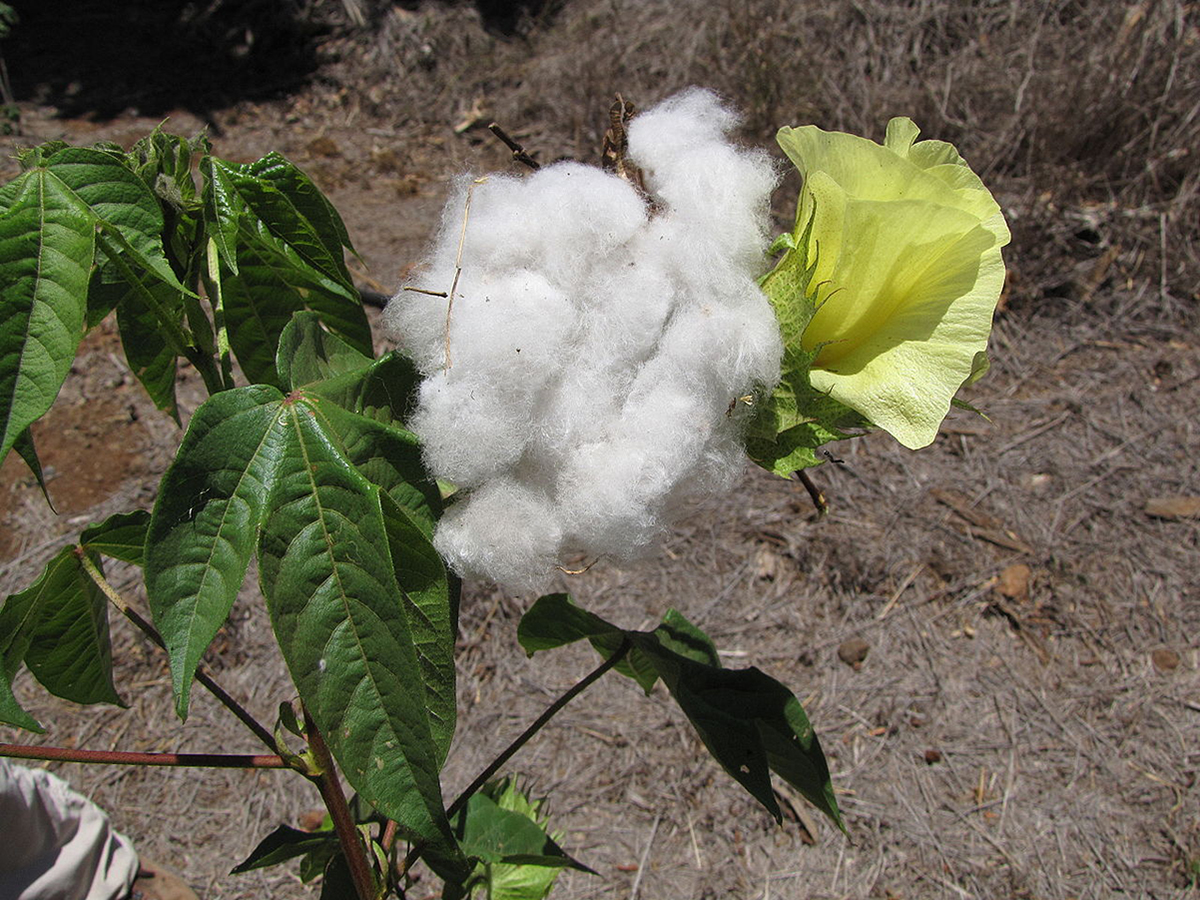 Gossypium barbadense, commonly known as Pima cotton, is today cultivated in many of the major cotton-growing regions of the world. This luxury cotton, highly valued on the global market, is still harvested in Northern Peru where its origins can be found. | Credit: Forest and Kim Starr/Creative Commons

The Kent company in Southern California has created a line of undergarments that can be dropped in your home compost bin or returned to the company, who will compost it and send the soil to a regenerative farm growing oranges, apples, kale, cabbage, corn, mangoes, and more. The underwear is made of organic pima cotton, which has extra-long fibers that make it more durable and softer than conventional material. And while most panties, boxers, and briefs are made with fossil-fuel based, synthetic materials like polyester, nylon and spandex, which don’t biodegrade and instead emit methane and pollute water sources with microfibers, the Kent undies use a bio-based elastic from trees to make them stretchy and stay in place.

In the world of fast fashion, where historically manufacturers have had a take-make-waste mindset when it comes to resources, a growing number of brands are looking for circularity in their supply chains to reuse or recycle materials, including companies like Parade and Knickey that will recycle underwear into insulation, carpet padding, and furniture batting. And this past summer, the circular fashion brand The Big Favorite launched a "Soil Your Undies" campaign where the garments were buried to be food for worms and other critters in the name of improved soil health.

Like H2O Radio's cimate and water reporting? Please donate to keep us on the beat.