Ships that Run on Ocean Plastic

The prolonged dryness in the West has led to some desperate ideas about how to get water into parched areas. Last week, a commission of Utah lawmakers voted to study a plan to pump seawater from the Pacific Ocean about 700 miles to fill the Great Salt Lake, which fell to its lowest level in recorded history last year. 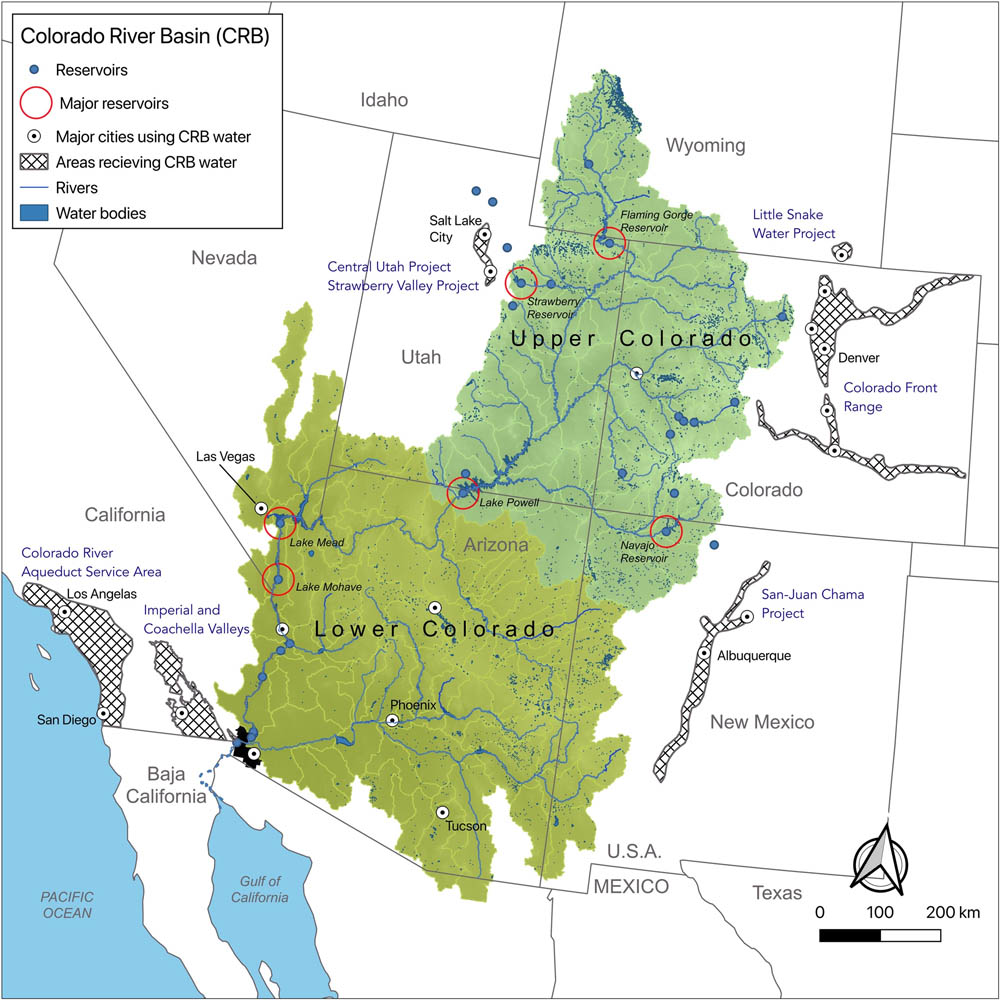 According to the Salt Lake Tribune, some environmentalists called it a crazy idea. A pipeline, they say, would degrade the landscape it crosses and disrupt the lake’s chemistry. Instead, a better option would be for the state to figure out how to use less water.

As that plan was under consideration, a new study showed that areas of Colorado, Utah, and Wyoming may have much less water due to climate change and could be transformed into regions that more closely resemble places in the arid Southwest like Arizona. The research from the Los Alamos National Laboratory shows that there will be earlier snowmelt and streamflow, requiring reservoir managers and planners to adjust.

The study showed that particularly in the Green River area, where the three states border each other, there will be more arid conditions with higher elevations seeing a large loss of snowpack as rising temperatures continue. Also, they found that mountainous parts of Arizona will experience significantly decreased soil moisture.

The Colorado River Basin study was published in the journal Earth and Space Science.

The oceans are full of plastics from water bottles and takeout containers to abandoned fishing nets. Cleaning up the waste is challenging but two new projects are underway that could turn that trash into treasure using ships that convert the garbage into renewable fuel. 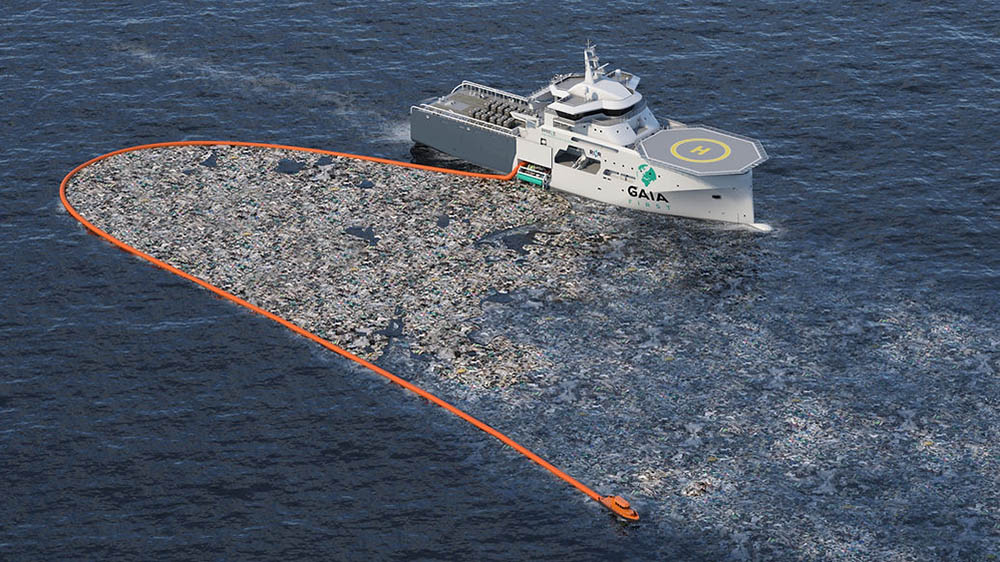 Gaia First, a Paris-based environmental protection NGO is working with a Norwegian shipbuilder, Breeze Ship Design, and RINA, the Italian marine certification and engineering specialist, to develop a vessel that can remain out at sea perpetually, working round the clock to collect the trash and put it to good use. | Rendering credit: Breeze

One of the efforts is led by Gaia First, a Paris-based NGO that plans to build a ship that remains at sea working around the clock to gather trash and then process it into either green hydrogen or green ammonia on board. Green hydrogen can be used to power electric motors and is two to three times more efficient than internal combustion engines running on gasoline. Green ammonia is made with renewable methods and can be used in fertilizers. The collection ship would use a smaller vessel to corral trash, and a spokesperson for Gaia First told Fortune magazine it could eliminate 25 tons of plastic a day.

A similar endeavor to convert ocean plastic into energy is being developed by H2 Industries from New York. Besides collecting the waste and converting it to hydrogen, the company says it already has plans for all-electric ships powered by the fuel to replace those using diesel and heavy oil, including cruise ships, tankers, and container vessels.

How to Power Your Smart Device? A Battery Made from Algae

The so-called Internet of Things, or IoT, as it’s known, is a term that describes a network of connected devices that interact and exchange information. Most people are familiar with IoT through smart appliances in their homes or wearable technology like Fitbits, but it’s also being used by cities and industry, for example, having drones monitor crops or sensors operate traffic lights. 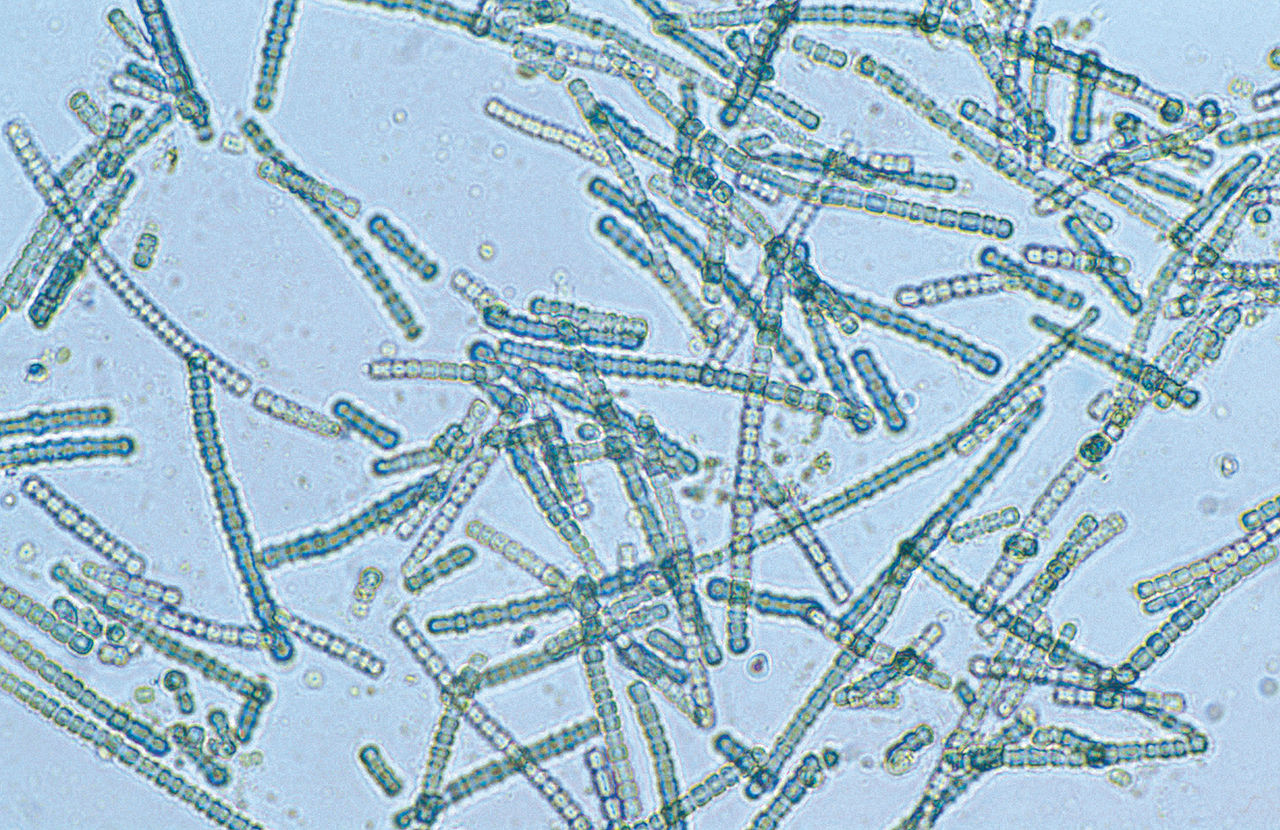 Although the devices individually only require low power, the exponential growth of these smart “things” to one trillion by 2035 will require a lot of energy that, given the climate crisis, will need to be produced using renewables.

With that in mind, researchers at the University of Cambridge turned to algae—specifically a non-toxic cyanobacteria called blue-green algae (Synechocystis) that naturally harvests energy from the sun through photosynthesis and produces an electrical current. In their experiment, the team put algae and water in a small container on a windowsill and let it do its thing. As it photosynthesized, electrons interacted with an aluminum electrode to power a computer microchip.

And it never stopped. So long as the algae had water and light, it kept chugging away. It even produced power at night, which the researchers attributed to the organisms still munching some of its food in the dark.

The system is made with common, inexpensive, and largely recyclable materials, and the researchers say it could provide a reliable and renewable way to run small devices—especially in off-grid or remote locations.

The study was published in the journal Energy & Environmental Science.

Dolphins Queue Up to Go to Red Sea Spa

Who doesn’t like a good spa day to look and feel their best? Well, according to new research, dolphins are no different and visit coral “clinics” to keep their skin healthy. 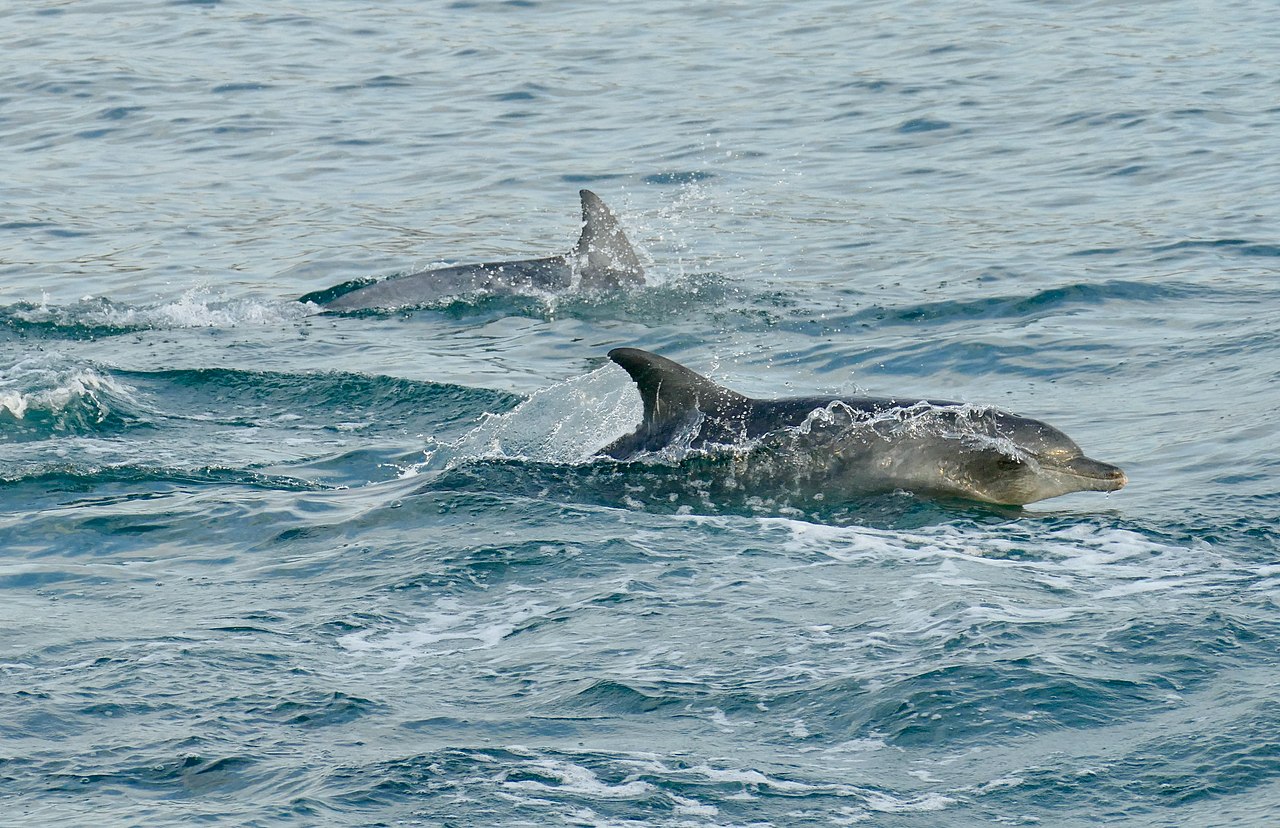 Researchers from the University of Zurich working in the Northern Red Sea near Egypt had, over the years, observed Indo-Pacific bottlenose dolphins rubbing their bodies against corals and sponges. The behavior seemed purposeful as the animals politely waited their turn to pass over the corals. And they were very choosy—brushing up against only the gorgonian coral (Rumphella aggregata), leather coral (Sarcophyton sp.), and a certain type of sea sponge (Ircinia sp.).

The researchers found that the dolphins' activity was agitating tiny polyps in the corals to make them release mucus. The team even observed some of the animals taking bits of corals in their mouths and swinging them around to shake the compounds loose. After analyzing samples of the coral in the lab, the team found 17 active metabolites containing antibacterial, antioxidative, hormonal, and toxic properties. They think the dolphins are using the mucus to regulate their skin’s microbiome and to treat infections, but it will take more study to say for sure.

Lead researcher, Angela Ziltener, said corals are both a dolphin’s bedroom and playground, and because the animals routinely rubbed corals after napping—they’re just like us—they want to feel fresh and clean before starting their day.

The study was published in the journal iScience.