Skip This Chore to Help the Climate

The world needs a large-scale, rapid shake-up in transportation and in how we produce food and electricity. That’s according to the new UN Emissions Gap Report on climate change that warns again about the failure to limit global warming to 1.5 degrees Celsius above preindustrial times as outlined in the Paris Agreement. 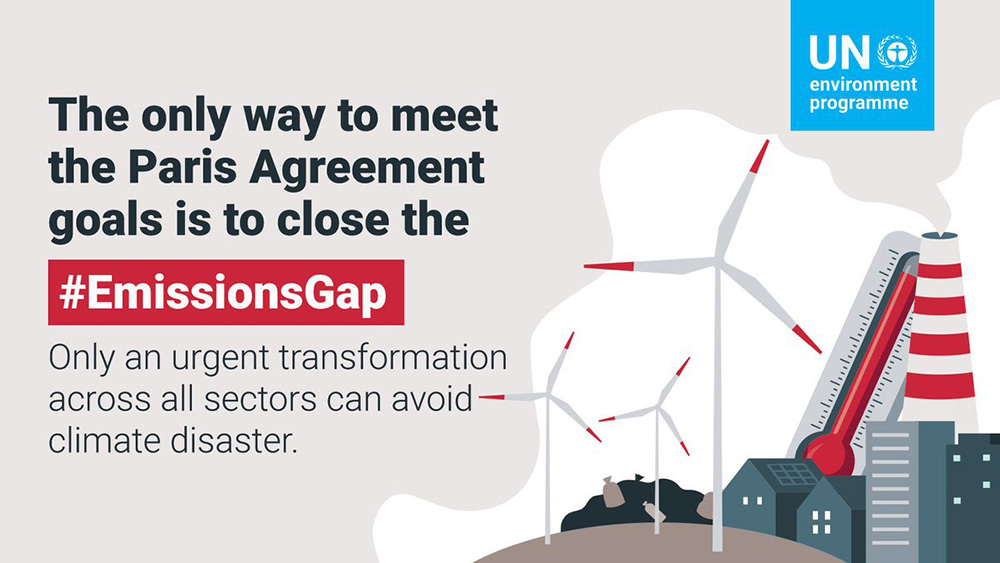 The report provides an overview of the difference between where greenhouse emissions are predicted to be in 2030 and where they should be to avert the worst impacts of climate change. Instead of limiting greenhouse gases and thereby global warming, the world is on track for a temperature rise of between 2.4C and 2.6C by the end of this century.

Governments and the private sector need to cut greenhouse gas emissions by 45 percent—which seems nearly unreachable given that since last year’s climate summit talks in Glasgow, countries cut only one percent off their projected emissions for 2030.

A separate report from the UN shows that in 2021, there was the biggest jump from the previous year in concentrations of the powerful greenhouse gas methane in the four decades since measurements began. CO2 levels also increased in 2021 more than the average yearly growth rate over the previous decade.

The two grim reports come as the climate conference COP27 begins next week in Egypt. The UN hopes that the information will force negotiators toward more ambitious steps to align with the Paris Agreement.

Colorado River Cuts Could Be Coming for California, Arizona, and Nevada

The Colorado River Basin is facing the worst drought to hit the region in 1,200 years, which has been made worse by global warming. 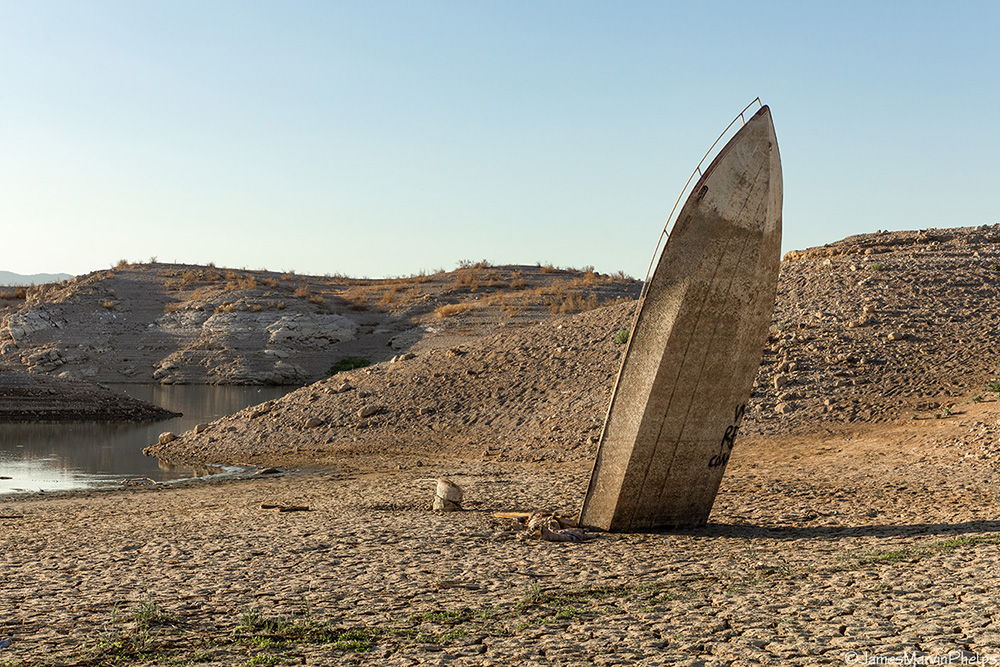 A once-submerged speedboat has become am emblem of dropping water levels at Lake Mead. Lake water completely surrounded the lower portion of the boat at the end of May. | Photo taken 6/24/2022 by James Marvin Phelps

Major cuts in river water allocations to California, Arizona, and Nevada could be coming. Officials at the Department of the Interior announced that they will complete an environmental review, which could include reducing releases from Hoover Dam and Glen Canyon Dam that form the two largest reservoirs in the U.S.—Lake Mead and Lake Powell—and also generate power for millions in the West.

Earlier this year, the Bureau of Reclamation had told the seven states that rely on the river—including Colorado, Wyoming, Utah, and New Mexico—to come up with a plan themselves to make the necessary reductions, but that didn’t happen.

So, now the feds will start the process to see how, in their words, they can “protect the Colorado River System” that supplies water to 40 million people and to farms that grow fruits and vegetables for much of the country. The Bureau of Reclamation will open a comment period on three possible alternatives: 1) the Basin states, tribes, farmers, and cities come to an agreement to stabilize the two reservoirs; 2) the federal government unilaterally imposes restrictions; or 3) nothing is done. The agency could release a final plan in spring next year.

It’s fall, and the din of leaf blowers permeates neighborhoods, as many dutifully collect leaves from their yards. But according to new research, the climate would be better served if we let leaves lie. 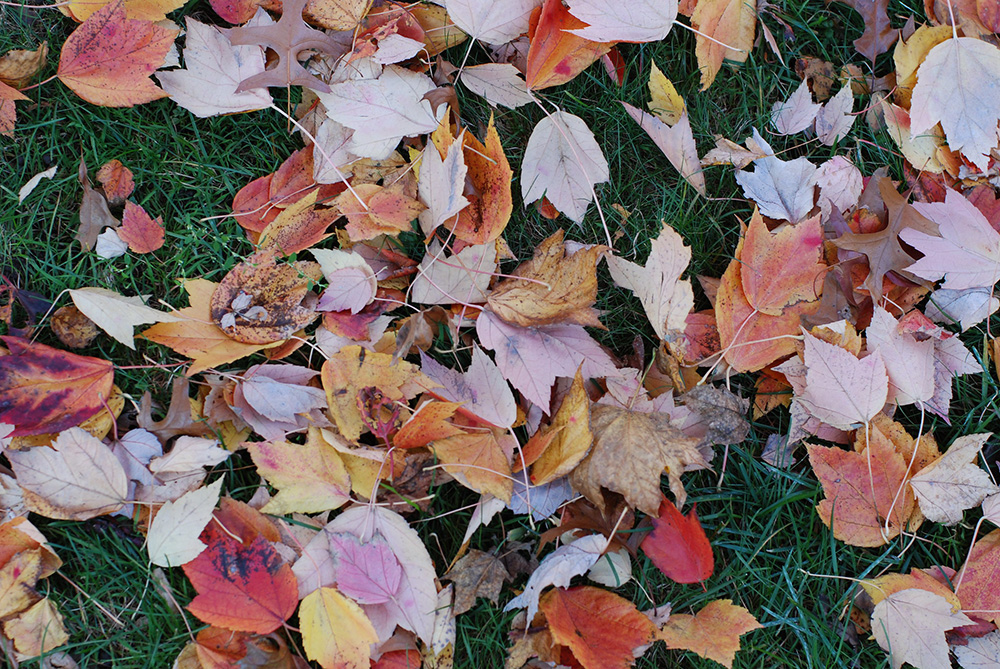 Per Gundersen at the University of Copenhagen did the math and found that not only are leaves and other garden waste a boon for biodiversity and soil health but can also store significant amounts of carbon. In Denmark, he calculated the different decomposition rates for leaves, twigs, and branches, and found that if Danes kept the nearly one million tons of waste in their yards, they could store around 600,000 tons of CO2 annually.

According to the EPA, in 2018, in the U.S., about 10.5 million tons of yard trimmings ended up in landfills, where deprived of oxygen, they generated the potent greenhouse gas methane. Conversely, if left in the garden, leaves nourish beneficial organisms from fungi and bacteria to earthworms and roly poly bugs. Those critters help break down the organic material and release the nutrients into the soil, reducing the need for fertilizers. Those decomposers then act as important food sources for animals and birds, while helping to create topsoil that has a good structure and retains water.

But before you stow your rake, know that when it comes to lawns, you should keep the layer of dead leaves thin to allow light to penetrate. As IFLScience explains, you can chop them up with a lawnmower, so they decompose more quickly, which will prevent weeds and improve drainage. Leaves are your all-in-one free mulch, fertilizer, and compost—saving you money and giving you permission to scratch a chore off your to-do list.

Itchy Fishies Get Relief from Sharks

Imagine you’re a fish, say a tuna, swimming in the middle of the ocean—and you get an itch. You don’t have hands and there’s nothing nearby like a coral or rock to scratch against. What to do? You find a shark. 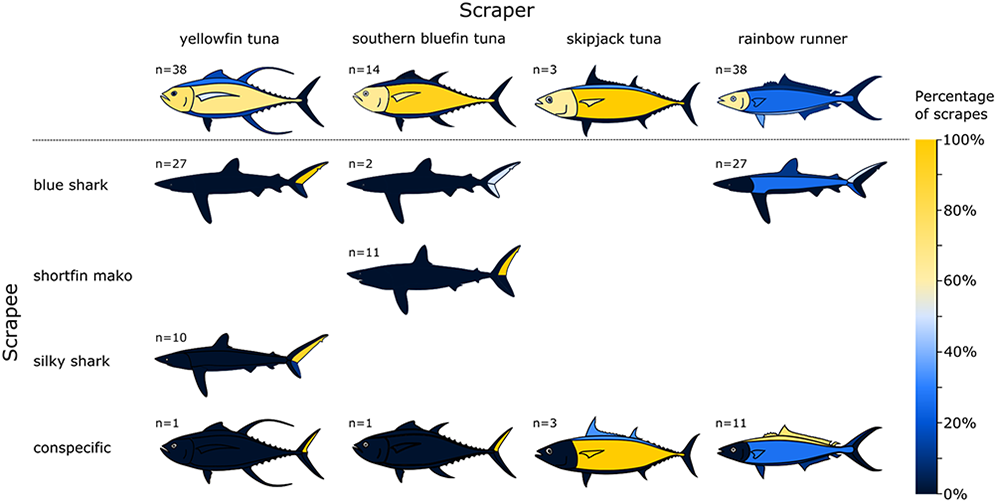 According to a team of researchers studying pelagic wildlife—creatures that live in the upper layers of the open ocean—when fish need to remove parasites, dead skin, and other irritants, they find an apex predator. The scientists made the discovery by accident. They were using baited cameras drifting at sea to analyze fish population trends, but the footage revealed the surprising behavior.

Writing in the Conversation, researchers from the University of Western Australia said that at first, they observed a huge yellowfin approach a silky shark and gently rub against its tail before swimming away. But it wasn’t a one-off. Before long, another yellowfin used a silky shark as a scratching post. Eventually, they observed similar interactions between several fish and shark species in the Pacific, Indian, and Atlantic oceans. And scratchers differed in their styles. Tuna were orderly, lining up behind a shark and taking turns to brush against the tail before returning to the back of the queue. Rainbow runners—a type of yellowtail—lacked any etiquette and darted past in schools to scrape their bodies.

Shark skin is made up of small tooth-like structures called dermal denticles that feel like sandpaper, so an ideal surface to keep fish free of pesky parasites. But shark numbers are declining worldwide, and the authors wonder if that would have a knock-on effect on the health of fish populations. Some species have declined by up to 92 percent off the Queensland coast of Australia. The authors suggest that increasing the number of marine protected areas could be one way to make sure the relationship between scrapers and scrapees continues.

The study was published in the journal PLoS ONE.