The Environmental Consequences of the War in Ukraine

The War in Ukraine Brings Concerns About the Environment

The world watched in horror last week, as Russian forces invaded Ukraine in an unprovoked act of aggression. The toll and trauma of the war may not be known for some time. Also, to be assessed, will be the impact on the environment.

One concern is damage from nuclear material and other toxic chemicals stored throughout the country. It’s been reported that Russian forces have occupied the abandoned Chernobyl nuclear power plant, which lies along the invasion route being used from Belarus. In 1986, when under the control of the Soviet Union, Chernobyl was the site of the world’s worst nuclear disaster. The meltdown sent radioactive clouds over parts of Europe and left a dangerous 1,000-square-mile fallout zone of contaminated soils and waste that remain dangerous to this day. 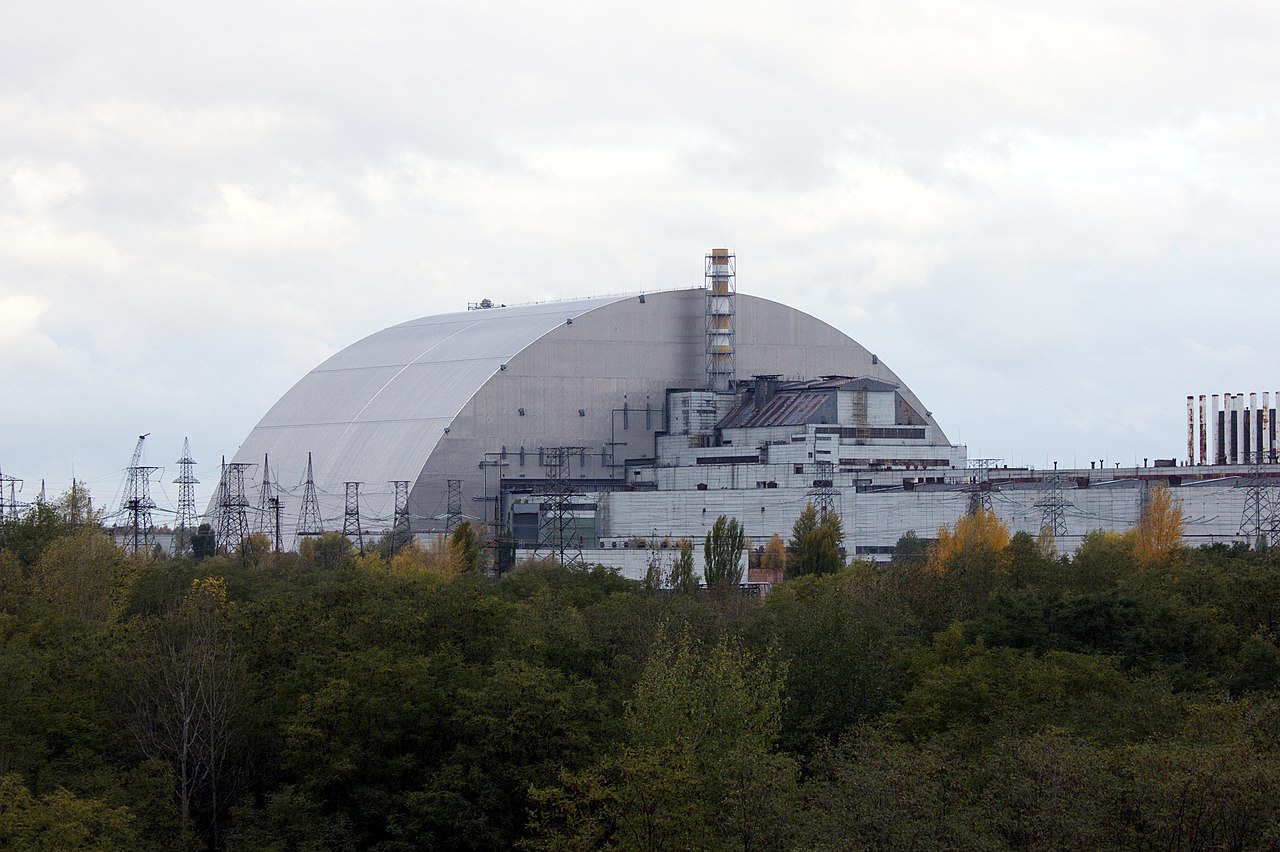 Experts are warning that explosions and even tank and truck movement in the area might disturb nuclear waste in the exclusion zone—a problem exacerbated by staff, who are conducting routine maintenance decommissioning of the plant, reportedly being taken hostage. The International Atomic Energy Agency (IAEA)—an arm of the United Nations that sets safety standards and conducts inspections—said, according to their assessment, there is no immediate danger to the public. Ukraine is home to 15 nuclear power reactors across four plants that supply about half of the country's energy needs. If struck, they could release radioactive waste that would contaminate the area for thousands of years.

On Saturday, Russian missiles targeted and set ablaze an oil terminal southwest of the capital, Kyiv, and people in the area were warned to be on alert for toxic fumes. Ukrainian President Volodymyr Zelenskyy’s office also said Russian forces blew up a gas pipeline in Kharkiv, the country’s second-largest city, and residents were warned to protect themselves from the smoke by covering their windows with damp cloth or gauze.

There has been growing concern of the environmental consequences of the conflict in the Donbas region of eastern Ukraine. It is heavily industrialized and has many chemical factories and is also home to remnants of Soviet-era nuclear test sites and abandoned mines, which have been leaching toxins into local water supplies, according to Vice News. The Yunkom coal mine—the site of a Soviet nuclear test in 1979—was flooded by the Russian Army in 2018—a move that the U.S. State Department warned at the time would “threaten the drinking water of thousands of Ukrainians in Russia-controlled East Ukraine.” In addition, conflict in the area has degraded wastewater infrastructure, which is leading to pollution of local rivers, according to Grist. UNICEF said cooking, hand washing, and access to clean drinking water has been a daily challenge for residents of the Donbas region.

A 2015 World Bank assessment of environmental risks in the highly industrial region estimated that 10-20 mines had been flooded in armed conflict, “potentially causing massive environmental damage in the region.” Attacks on select power plants have also caused the spilling of crude and the release of toxins into nearby air and waterways. The paper identifies the Donbas as one of the most polluted areas in Ukraine.

Ukraine is known as the “breadbasket of Europe” and is a major supplier of wheat and other crops around the world. However, as the world warms, recurring droughts have reduced yields. Ukrainian agriculture relies heavily on rainfall, which, according to a report by the Atlantic Council, has been decreasing, especially in the eastern and southern Ukraine regions of Donetsk, Luhansk, and Mykolaiv. According to figures from Ukraine’s Ministry of Environmental Protection and Natural Resources, in 2020, the country lost 570,000 hectares of winter crops due to prolonged droughts and unusually intense spring frosts. Further droughts during the spring and summer seasons resulted in additional losses including 200,000 hectares of corn and lower crop yields. In addition, the UN World Food Programme warned that if war prevents the flow of grain out of the Black Sea region, food prices will increase and further fuel inflation.

The weapons of war themselves are environmental hazards. As the Conflict and Environment Observatory (CEOBS) explains, burned out tanks, transport vehicles, and downed aircraft, leave behind toxic contamination that could affect ecosystems for years to come. Also, attacks on shipping can threaten the marine environment.

To support the people of Ukraine—especially to provide access to clean water—the Los Angeles Times and NPR have compiled lists of organizations.

The Risk of Wildfires Around the World Is Increasing, Even in New Places

A first-ever report from the UN Environment Program says that wildfires are becoming more intense, frequent, and ravaging communities and ecosystems in their path. According to the study done by more than 50 scientists from around the world, climate change will increase the risk of devastating fires by almost 14 percent in just eight years and nearly 60 percent by the end of this century over what occurred from 2000 to 2020. 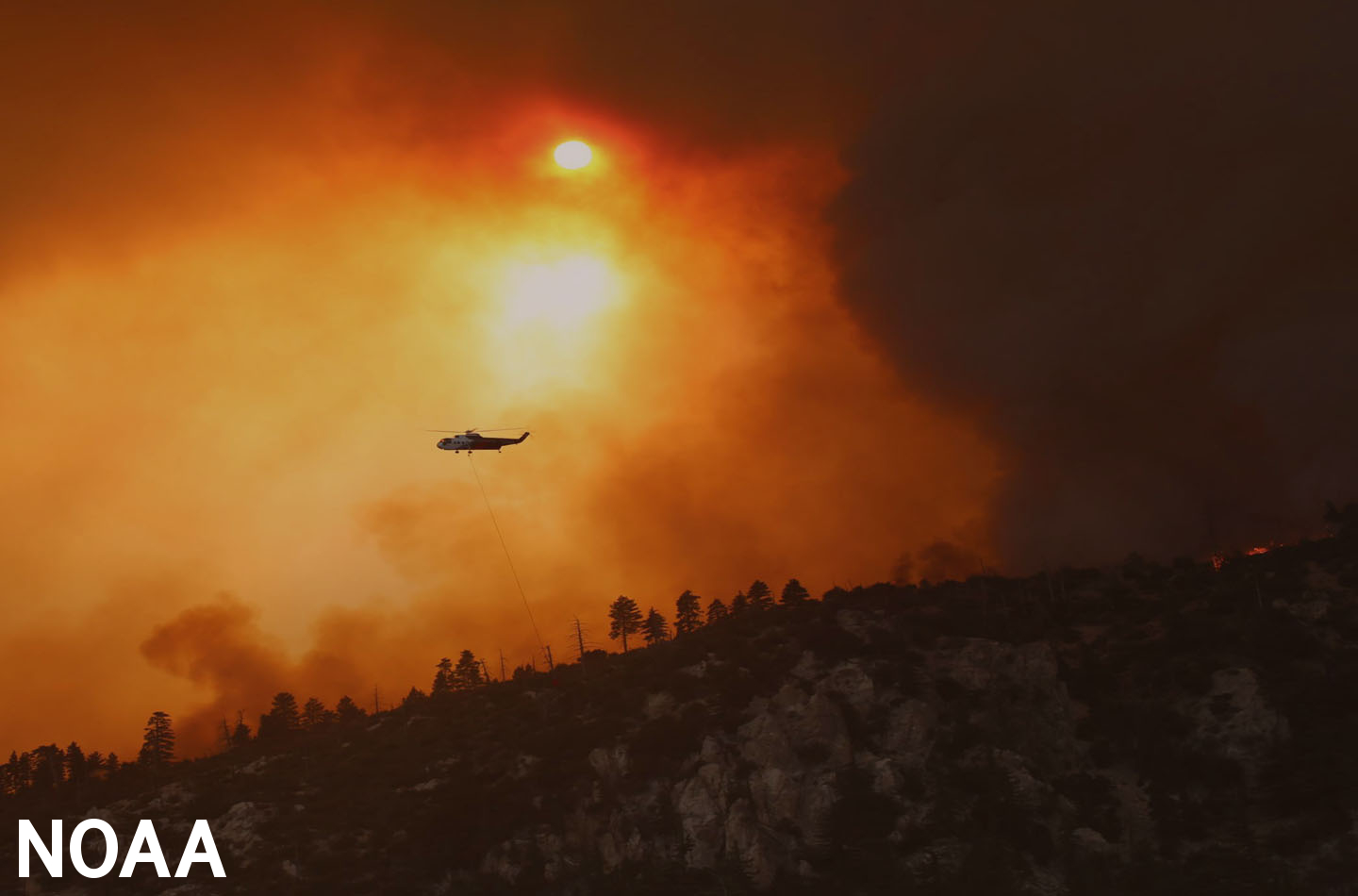 The Bobcat Fire started in and around Angeles National Forest in California on September 6, 2020. As of October 5, 2020, the fire had burned through more than 115,000 acres. | Credit: NOAA

The risks vary around the planet. In some areas like sub-Saharan Africa, drought has killed off grasses, which has reduced fires over the past 20 years. However, wildfires are flaring up in unexpected places like peatlands that are drying out and on thawing permafrost where there are no resources to fight fire.

The UN research said that in places where there have always been wildfires, they are burning longer and hotter. If greenhouse gas emissions continue at the current rate, some areas, such as the Arctic, are very likely to experience a significant increase in burning by the end of the century, as are tropical forests in Indonesia and the Amazon.

While the report focuses on extreme fire events, as the BBC reports, the authors say that even smaller ones will increase as land use changes and as populations grow.

Not all fires are harmful and those that serve an ecological purpose do not need to be extinguished. However, the authors say we are not prepared for fires that burn over thousands of square kilometers, affecting millions of people. They are calling for a radical reallocation of financial resources from fighting fires to prevention.

A report last week from the International Energy Agency said that methane leaks from oil and gas pipelines, wells, and coal operations are 70 percent higher than what nations are claiming. The director of the agency said that the gap between what countries report and the reality is massive and alarming. 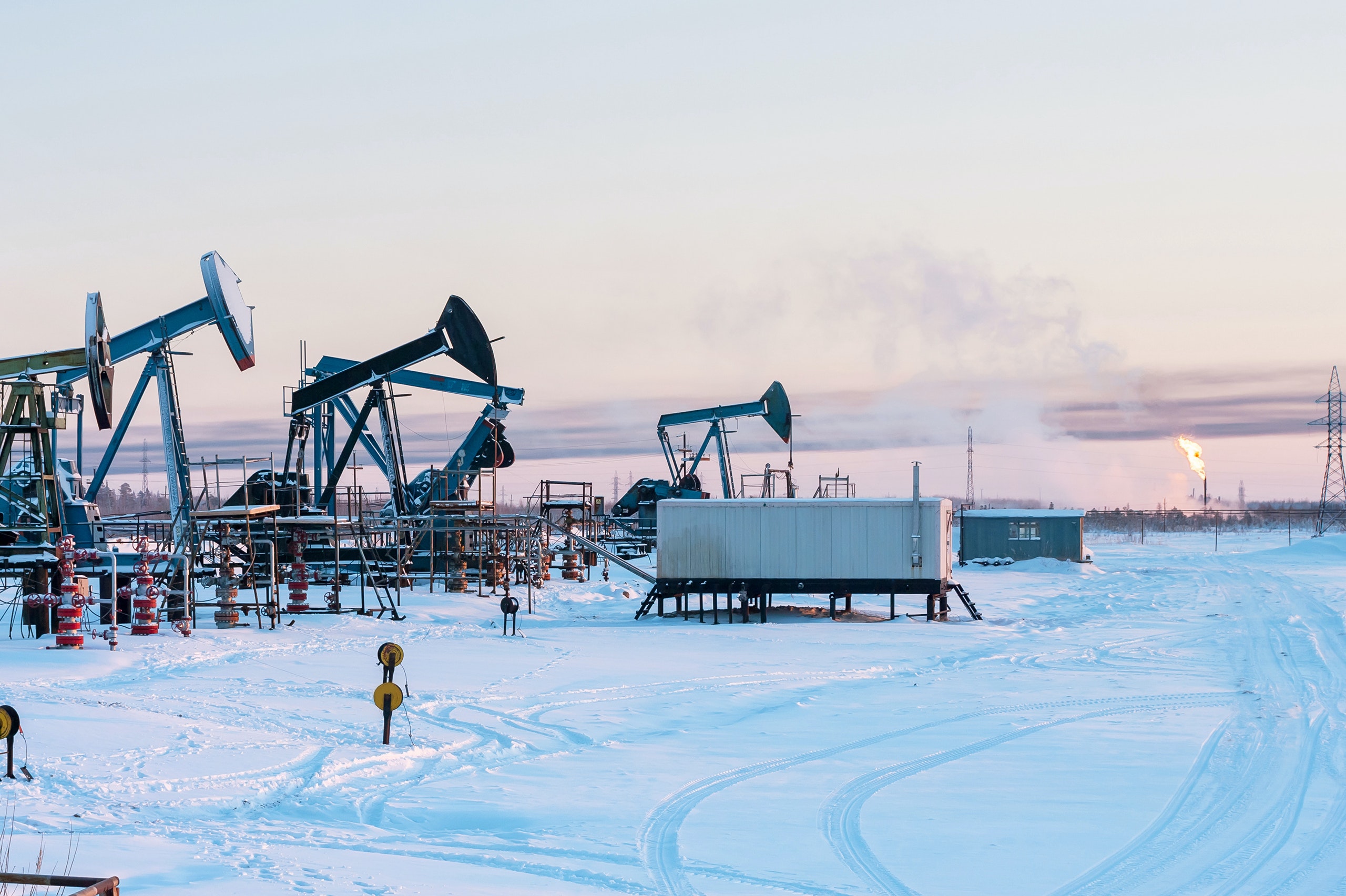 The Associated Press reports that methane is responsible for nearly one-third of the global warming that has occurred since the start of the Industrial Revolution, even though it remains in the atmosphere much shorter than CO2.

The agency said that if the world’s methane leaks in 2021 had been plugged, the amount of the gas captured could have supplied all of Europe’s power needs. Last fall, over 100 countries led by the EU and the U.S., launched the Global Methane Pledge to reduce emissions. However, among the highest emitters—including the U.S., Russia, China, Iran, and India—only the U.S. is part of the pledge.

There is technology to capture leaking methane instead of venting or flaring it off by burning. The Guardian reports that Norway has introduced strict regulations and has some of the world’s best infrastructure. According to the report, global emissions from oil and gas operations would fall by more than 90 percent if all producing countries matched Norway’s efforts. The agency said that its findings underline "the urgent need for enhanced monitoring efforts and stronger policy action to drive down emissions of the potent greenhouse gas.”

Eating fruits and vegetables are good for your health, of course, but can the manner in which they’re grown make them more nutritious? A new study says, yes.

The study looked at farms across the U.S. doing regenerative agriculture, which uses soil-boosting practices. In eight of the farms (farms 2-9) the farmers planted the same crop as their neighbor to allow a direct comparison of the soil and resulting food. | Credit: Montgomery et al./PeerJ

Research from the University of Washington found that using regenerative farming practices, such as not tilling the soil, adding cover crops, and having plant diversity affects the nutritional content of the food. In side-by-side comparisons, farms following soil health practices for at least five years had crops with better nutritional profiles than the same ones grown on neighboring conventional farms. The study notes that organic farms avoid chemical pesticides, but they can vary in their other farming practices, such as whether they have a diversity of crops or till the soil to control weeds.

The food grown using regenerative agriculture and its soil-boosting practices contained, on average, more magnesium, calcium, potassium and zinc; more vitamins, including B1, B12, C, E and K; and more phytochemicals, compounds not typically tracked for food but that have been shown to reduce inflammation and boost human health. Crops grown with regenerative agriculture were also lower in elements considered detrimental to human health, including sodium, cadmium, and nickel, compared with their conventionally grown neighbors.

The researchers believe the reason is that soils at farms using regenerative practices had more microbes and fungi, which directly and indirectly boosted beneficial compounds in crops.

The study was small—only involving ten farms mostly in the Midwest and in the Eastern U.S.—so the researchers plan to do more trials and take another bite of the apple.

The study was published in the journal PeerJ.