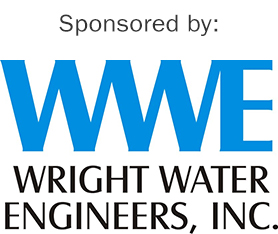 This “007” Keeps the Ocean Safe from Plastic

California, which has suffered from prolonged drought, is being hit by a continuing barrage of heavy rain and snowfall from atmospheric rivers flowing from the Pacific Ocean. According to NOAA, atmospheric rivers are bands of moisture that transport large amounts of water vapor that can equal the average flow at the mouth of the Mississippi River, and when they make landfall they can release rain and snow. 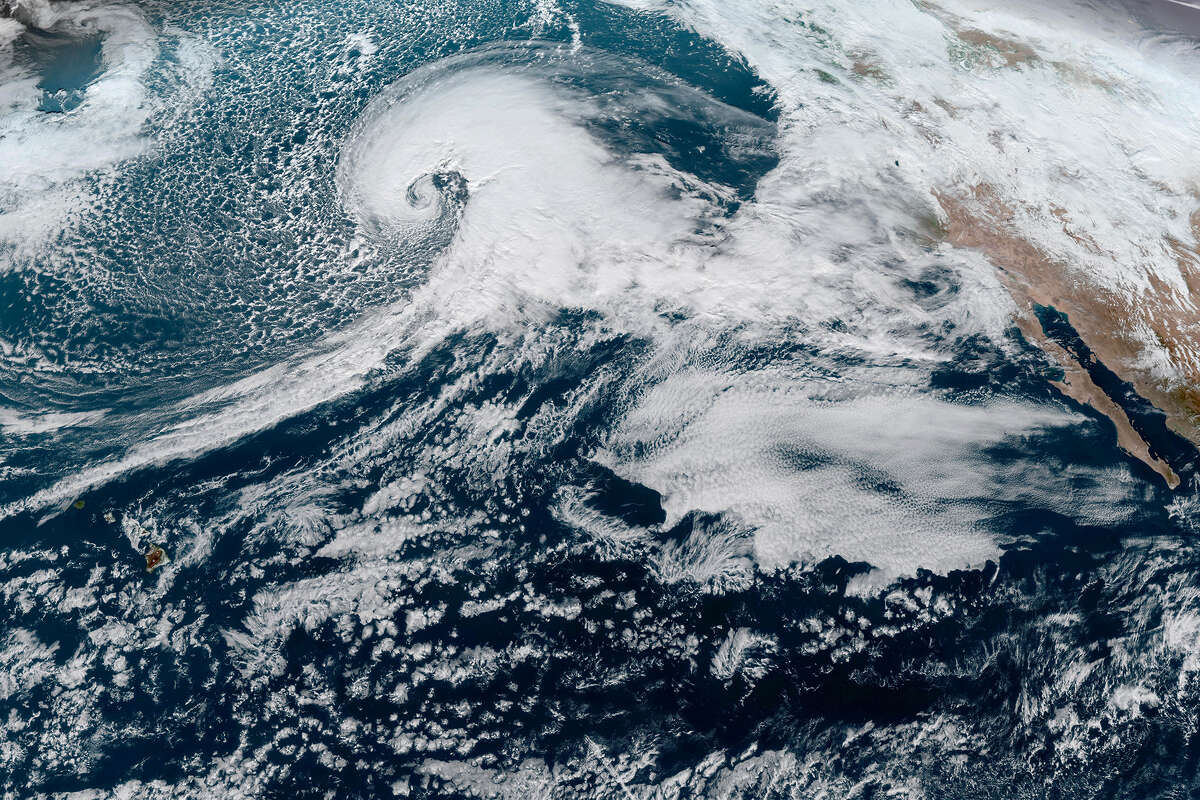 A satellite image shows a bomb cyclone over the Pacific Ocean on Jan. 3, 2023. | Credit: NOAA

This past weekend, more than 15 million people were under flood watches from Redding south to Modesto—about 250 miles—with the risk of excessive rainfall increasing early in the week. The National Weather Service predicted that some higher elevations could see three or more feet of snow during the weekend and more this coming week.

The City of San Francisco was providing ten free sandbags to households over the weekend with storms on Monday, January 9, a serious concern, given systems are already waterlogged and soils saturated. Earlier heavy rains had caused streams and rivers to overflow, inundating streets in San Francisco, which had almost 5.5 inches of rain on New Year’s Eve and its wettest ten-day period since 1871 with more than ten inches. Some coastal communities sustained much damage as waves as high as 50 feet hit the northern and central regions. Over 300,000 lost power in the state.

For western states, typical La Niña conditions haven't played out. Usually when the ocean cools during the phenomenon, Oregon and Washington states are wetter than normal and California is drier, according to Marybeth Arcodia of Colorado State University who spoke with CNN. But the opposite has been occurring. With climate change, the Guardian reports that, according to experts, these conditions are what’s likely to come.

Winds from the storms have led to trees toppling across the state, which the New York Times reports are the most visible sign of the extreme weather.  Sacramento, known as the City of Trees, lost nearly 1,000 in less than a week.

With all that water falling, the obvious question is—will it stem the drought?  But the problem is one of storage.  Most water is stored in snowpack that accumulates during the year, and then some is stored in reservoirs and aquifers.  As the Los Angeles Times reports, because current systems were built less to capture water from extreme storms and more to prevent flooding, much of it flows to the Pacific Ocean.

Plastic Waste Meets Its Match in “007”

As water rushed toward the Pacific during recent storms, it dragged with it tons of trash. Although a missed opportunity to capture runoff, it wasn’t a total loss.  The storms offered a real-time test of the “Interceptor 007”—a newly installed device keeping waste out of the ocean. 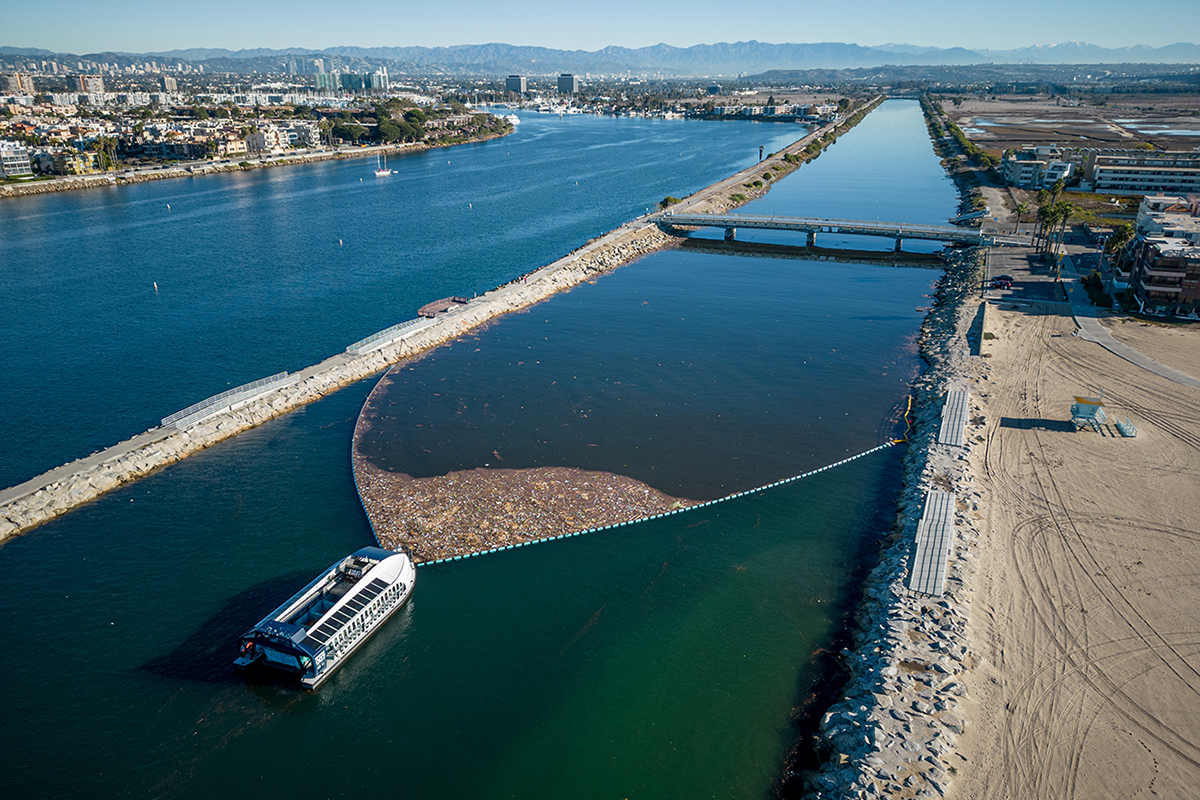 The Interceptor 007 on Ballona Creek | Credit: The Ocean Cleanup

The “Interceptor 007” is a 70 by 20-foot barge with a solar-powered trash collection system onboard. The platform has been placed at the mouth of Ballona Creek in Southern California, which conveys stormwater from the streets of Beverly Hills, Santa Monica, and other parts of Los Angeles into Santa Monica Bay. As garbage floats downstream, booms placed across the creek in a V-shaped configuration guide garbage toward the barge and onto a conveyor belt which empties the debris into onboard dumpsters. The dumpsters are then transported onshore for sorting and recycling.

Since its launch in October 2022, the L.A. Public Works department says Interceptor 007 has prevented 36.7 tons of trash and debris from reaching the ocean, adding it’s been operating successfully during the recent storms and is prepared for the next onslaught forecast for the week of January 9, after which they will report on the system’s performance.

The Interceptor was developed by the nonprofit The Ocean Cleanup, which got its start addressing the Great Pacific Garbage Patch between California and Hawaii. The system, placed in Southern California, is a two-year pilot with L.A. County and will be evaluated for its effectiveness as well as any negative impacts on wildlife.

European Heatwave Is Most Intense Ever, Imperiling Its Ski Industry

As California received record rain and snowfall, Europe has been experiencing what some meteorologists are calling the most intense winter heatwave in history with T-shirt weather on New Year’s Day in some places. 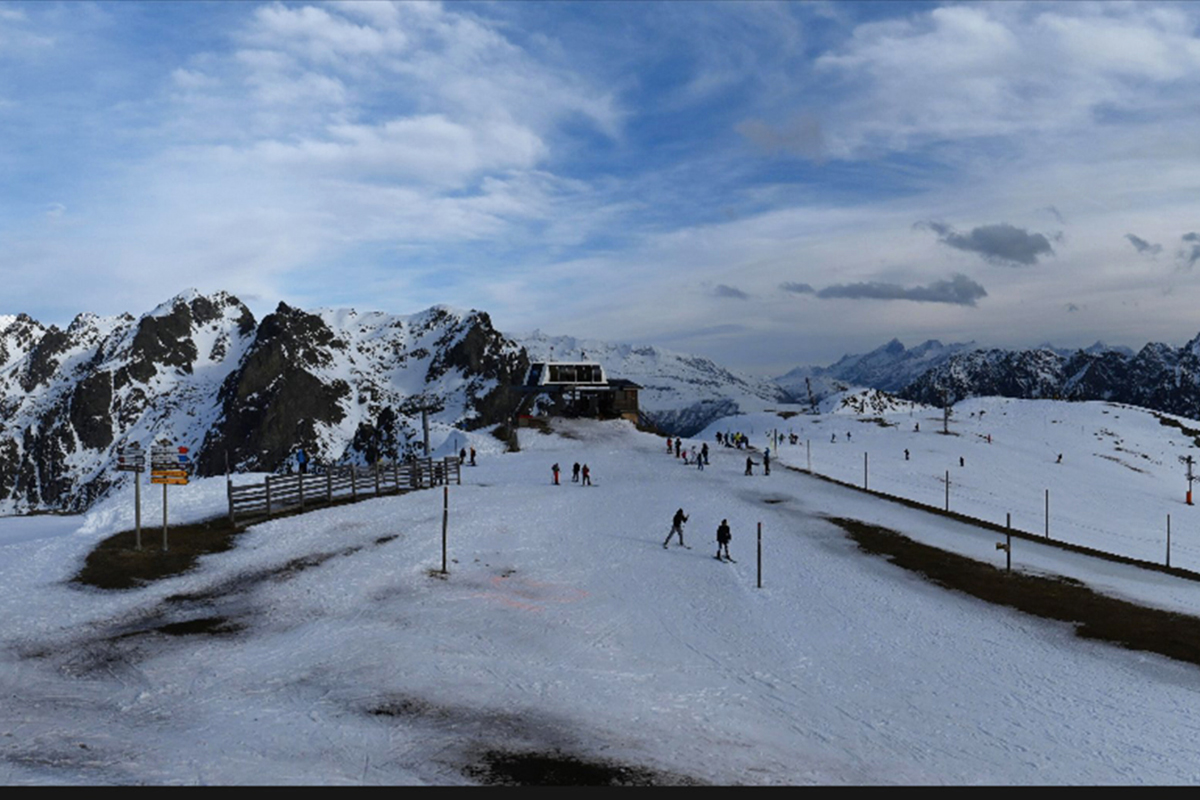 The conditions are not good for skiing in the Alps and the Pyrenees and portend a dry summer. A town in the Swiss Alps hit 67F on New Year’s Day with the nighttime temperature not dropping below 60F.  The heat was spread from Denmark to the Czech Republic as seven nations experienced their warmest weather, even in the month of January.  The Washington Post reports that in some cities in Spain and France the thermometer climbed above 75F.

Organizers of the annual World Cup skiing event in Switzerland are making artificial snow with racers skiing on ribbons of white stuff lined by green pastures, according to the Associated Press. In France, the BBC reports, one resort didn’t have enough water to operate snow cannons.  Some Swiss resorts have opened up summer biking trails rather than offering winter sports.  Experts have been warning that climate change will cause warmer and wetter winters and that skiing would not be possible below certain altitudes.

One silver lining—with the forecast for the warmest January in years, Bloomberg reports that officials and consumers are less worried about blackouts due to reduced gas supplies from Russia, following its invasion of Ukraine.

Why You Should Try Skipping That Bigger Rock on the Pond

Skipping stones on a lake or shore is a favorite pastime—and for some a serious competition. But we can all agree that the flatter and rounder the rock, the more bounces it will take on the water, right? Wrong. 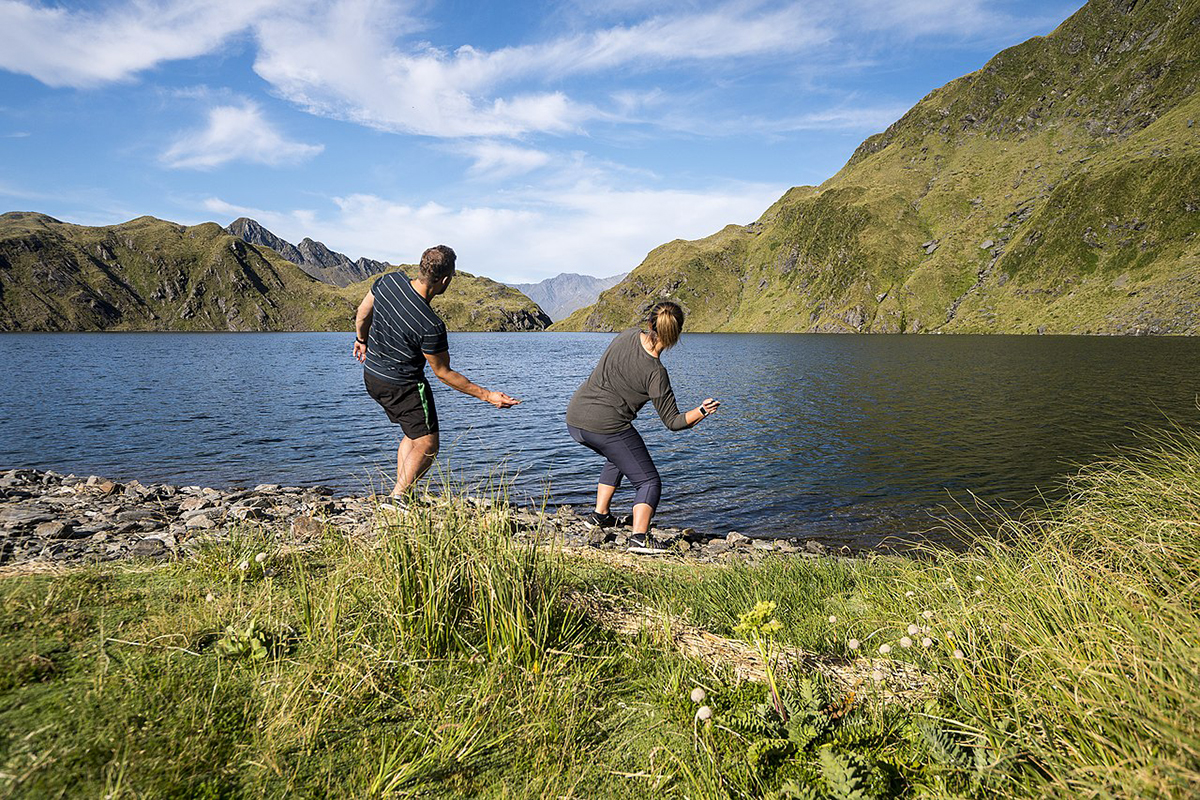 According to a new study from mathematicians Ryan Palmer of the University of Bristol and Frank Smith of University College London, notwithstanding wrist action or strength, a potato-shaped stone will achieve a better bounce than a flat one. The team found that it’s all about the mass and how the curvature of the rock hits the water that affects how high and far it will rebound into the air. They found that when the curved bottom of a heavier stone comes into contact with the lake or pond, water pressure builds up underneath it, eliciting what they call a “super-elastic” response that makes it bounce higher.

The authors say their findings are not just about how to impress your friends.  There are real-world applications especially for engineers designing landing gear for aircraft that touch down on water, and also to help to shed ice particles on the exteriors of planes when flying through clouds. In a press release, Professor Smith said, “The research is important for air, land, and sea vehicles. Up in the clouds, for instance, huge numbers of ice particles impact upon meltwater on the aircraft surface and then skim downstream. The skim transfers heat. This and all the accompanying ice formation affect the aerodynamics in a risky and sometimes disastrous way.”

One of the researchers told the Guardian that rock-skimming technique still matters—they say for success, stones should be thrown as parallel to the top of the water as possible.

The study was published in the Proceedings of the Royal Society A.