Three Reasons to Be Optimistic About the Climate

A “Carbon Con”? A New Study Disputes the Benefits of Offsets

World leaders, politicians, and titans of industry gathered at the World Economic Forum in Davos, Switzerland, last week to discuss global issues, including this year’s focus—the war in Ukraine, inflation, and the climate crisis. The forum’s Global Risks Report 2023 identifies urgent climate and environmental risks for which the world is least prepared, adding that a lack of progress on climate action targets reflects a gap between what is scientifically necessary and what’s politically possible. 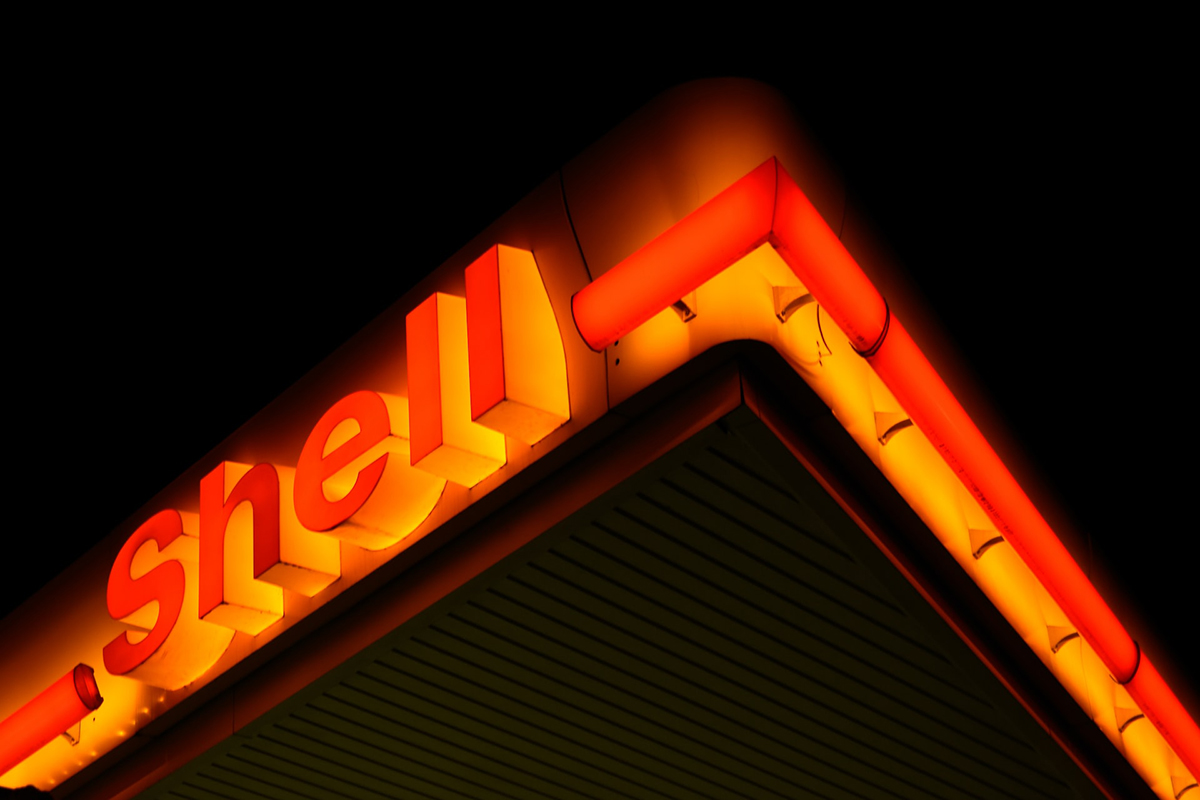 Shell is planning to rapidly ramp up its use of carbon offsets, per source-material.org | Credit: Marc Rentschler, Unsplash

Among actions touted by corporations as doing their part, are so-called carbon offsets—contracts where, instead of reducing their climate impacts, companies purchase credits in projects including reforestation, preservation, and renewable energy to offset their emissions so they can market their products and services as “carbon-neutral.”

To make sure the math works, third-party firms like D.C.-based Verra calculate a project’s emission reduction value and then sell credits to companies such as United Airlines or easyJet so customers can fly guilt free, or buy handbags from Gucci, which are promoted as helping to conserve forests. But according to a nine-month investigation led by journalists at the Guardian and produced with Die Zeit and investigative nonprofit Source Material, the credits bought by companies like Netflix, Disney, and Ben & Jerry’s are worthless.

Using peer-reviewed studies and on-the-ground reporting with scientists, industry insiders, and Indigenous communities, they found that more than 90 percent of Verra’s popular rainforest offset credits were likely to be “phantom credits,” not representing any real carbon reductions at all. They also found that the true threat to forests had been overstated by about 400 percent on average for Verra projects, according to analysis of a 2022 University of Cambridge study. “Only a handful of Verra’s rainforest projects showed evidence of deforestation reductions, according to two studies, with further analysis indicating that 94 percent of the credits had no benefit to the climate.”

Verra issued a statement disputing the findings, arguing they’re based on studies that ignore project-specific factors that cause deforestation. While the investigation casts doubt on the benefits of offsets, many argue we’re in a climate emergency and need all tools at our disposal. For the practice to be effective, Johan Rockström, with the Potsdam Institute for Climate Impact Research and chief scientist at Conservation International, says companies need to combine valid offsets with seriously cutting their greenhouse gas emissions.

Tipping the Earth Toward Sustainability

The concept of tipping points is scary—they’re moments in time beyond which changes, like sea level rise, will continue even if global warming slows. Scientists say we are on the edge of multiple tipping points, like the collapse of Greenland’s ice sheet and biodiversity loss, and that rapid steps are necessary to avoid them. 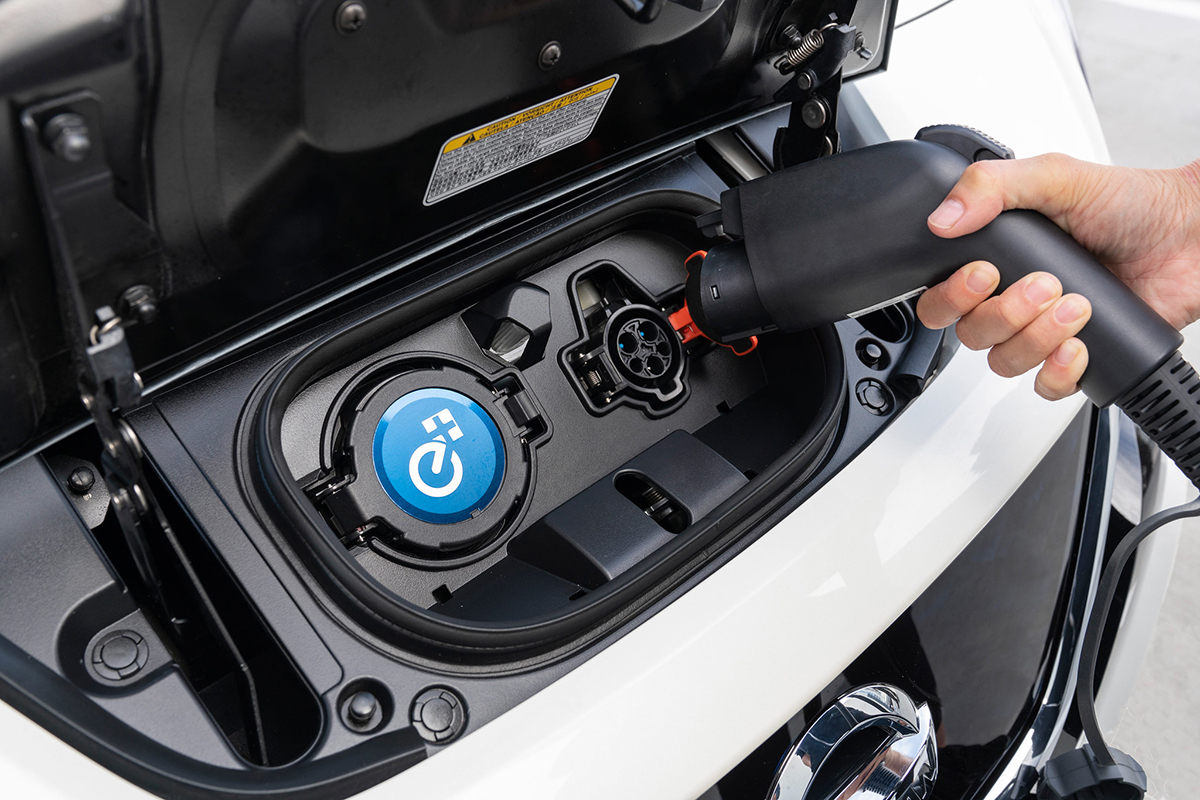 However, a new report from the University of Exeter and Systemiq, which calls itself a system change company, says there are actually good tipping points, which could trigger a cascade of decarbonization and substantially lower greenhouse gas emissions. These good tipping points are reached when zero-carbon emitting technologies become more competitive than polluting versions.

The authors describe three points that could lead to cutting emissions by 70 percent in the global economy—sales of electric vehicles, eating plant-based proteins instead of those from animals, and using ammonia in making agricultural fertilizers.

The authors say a tipping point in road transportation is very close due to the falling cost of electric vehicles and improvements in charging infrastructure that are making EVs more attractive than those running on fossil fuels both to consumers and manufacturers. The increase in EVs has led to the cost of lithium batteries dropping 90 percent in a decade.

In terms of food, meat and dairy cause about 15 percent of global emissions. The report says that the purchasing power of hospitals, schools, and governments moving to plant-based proteins could increase their use over other sectors and would also lessen the incentives for deforestation, where land is clear of trees to raise livestock.

If countries required that a quarter of the ammonia used in fertilizers came from green hydrogen, it would have a massive impact, creating demand for the equipment to make the clean fuel which can also be used in shipping, aviation, and steel production.

Freshwater Fish in U.S. Are Found to Contain High Amounts of PFAS

Eating freshwater fish like trout or bass may expose a person to high levels of toxic “forever” chemicals. A new study from the Environmental Working Group shows that consuming just one fish could be the equivalent of drinking water laced with the PFAS chemicals for a month. PFAS compounds are called “forever” chemicals because they are so persistent and are found everywhere from drinking water and food to packaging and cosmetics. They accumulate in the body and don’t break down in the environment. 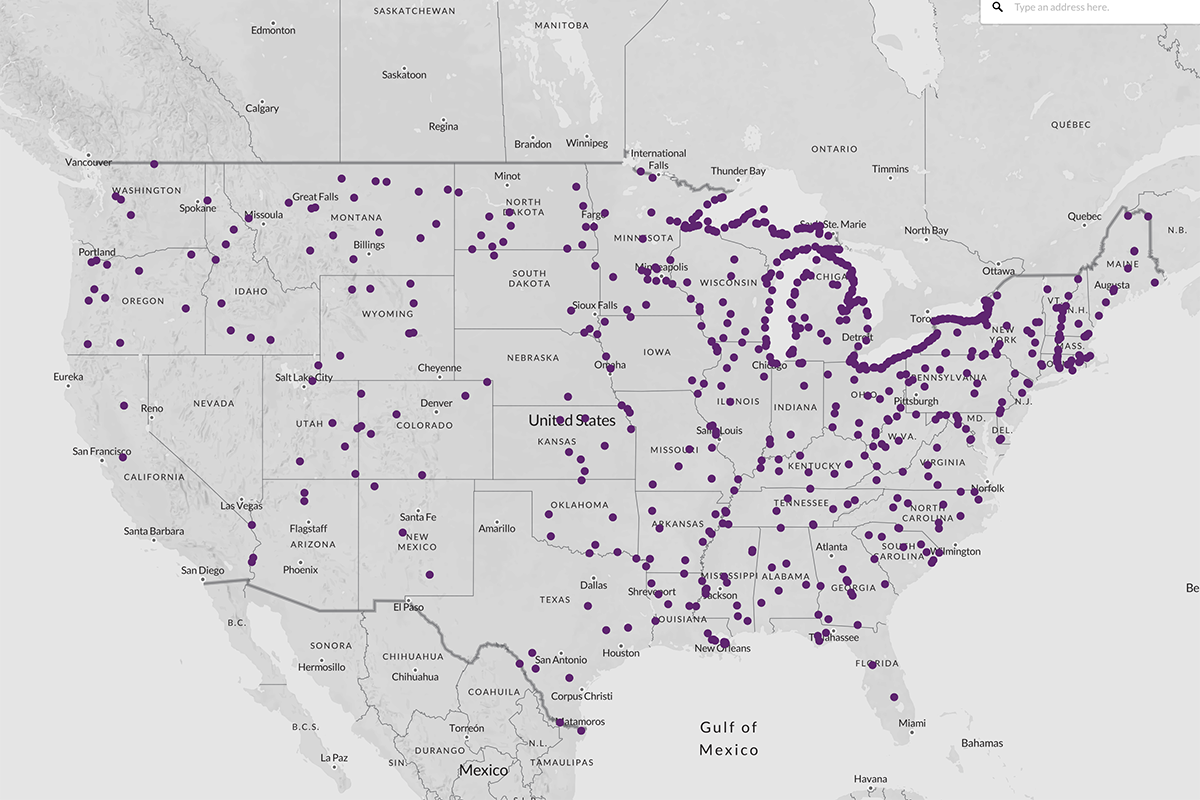 High amounts of the compounds in freshwater fish may result from their being caught downstream of manufacturing facilities, landfills, wastewater treatment plants, and airports, where sources of PFAS discharge into surface water.

The study looked at samples of fish from all over the U.S. For example, a common carp from the South Platte River in Colorado near the Nebraska border, contained more than 30,000 parts per trillion of PFAS compounds, more than one million times higher than drinking water guidelines from the EPA.

Among the fish examined, bass and catfish had the highest contamination, while chinook and coho salmon contained the lowest. The report stresses that freshwater fish are an important source of protein for many people, especially those who cannot afford to buy fish in stores.

The study was published in the journal Environmental Research.

A Device That Can Redirect Lightning Bolts

Lightning is one of the most extraordinary natural phenomena occurring on Earth, striking the U.S. alone nearly 25 million times a year. Hotter than the surface of the sun, bolts can be both captivating and destructive, causing forest fires and causing power outages. 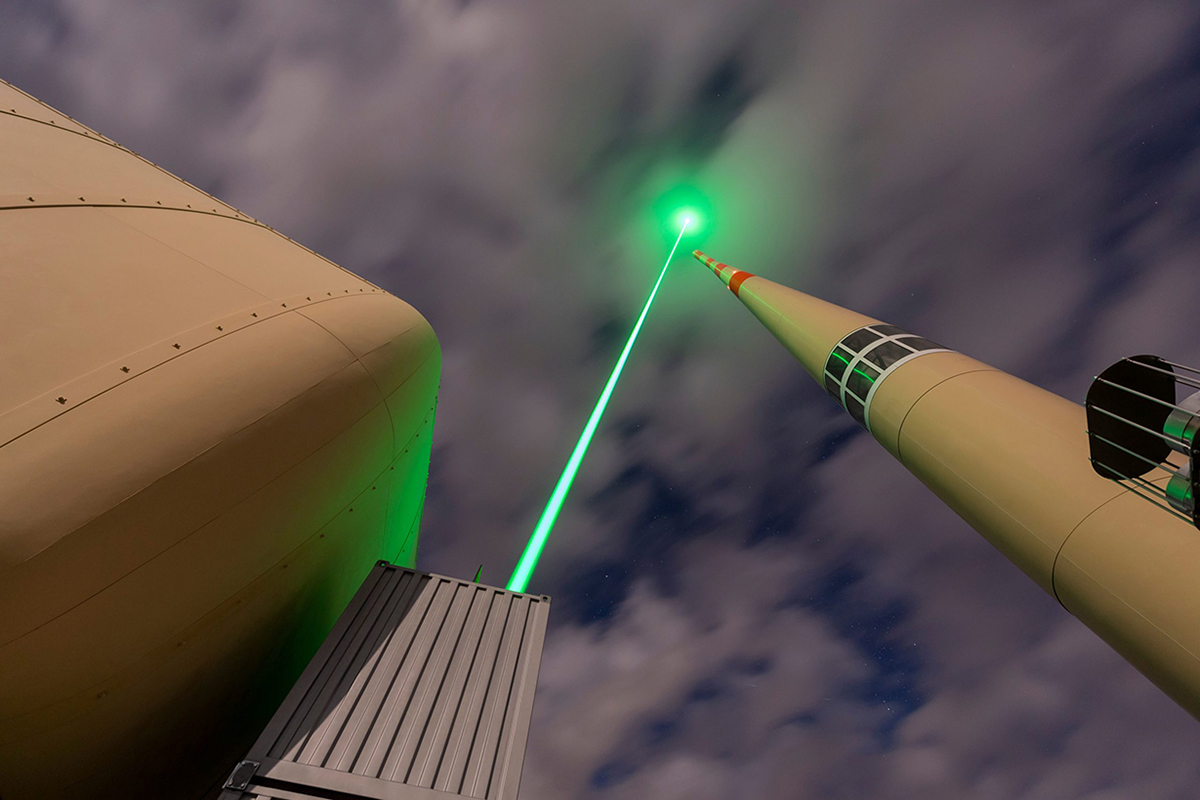 The "LLR" laser has been installed on the summit of the Säntis (2500m) and was activated from June to September 2021. It was focused above a 124m high transmitter tower belonging to the operator Swisscom, equipped with a traditional lightning conductor. | Credit: © TRUMPF / Martin Stollberg

Surprisingly, protecting property from lightning hasn’t changed much since Benjamin Franklin invented the lightning rod in the 1700s. Although very effective, modern versions only defend an area relative to their height—meaning a 30-foot-high rod will only secure a zone 30 feet around it—and that can leave expansive sites like airports, nuclear power plants, or wind farms at risk.

To address the problem, European researchers developed a new type of lightning rod, a laser that beams a lot higher and therefore covers a broader area. To test their Laser Lightning Rod (LLR) system, they installed it next to a lightning rod atop a communications tower on  Säntis Mountain, in Switzerland, which gets zapped over 100 times a year. The device emitted rapid, high-power pulses that ionized the air and enticed the bolt to follow its path toward the rod, which it did four times in a six-hour period.

It’s the first successful test outside of a lab, but more work is needed before laser rods become practical and affordable. Betcha if Ben Franklin were alive today he would find the system enlightening.

The research was published in the journal Nature Photonics.