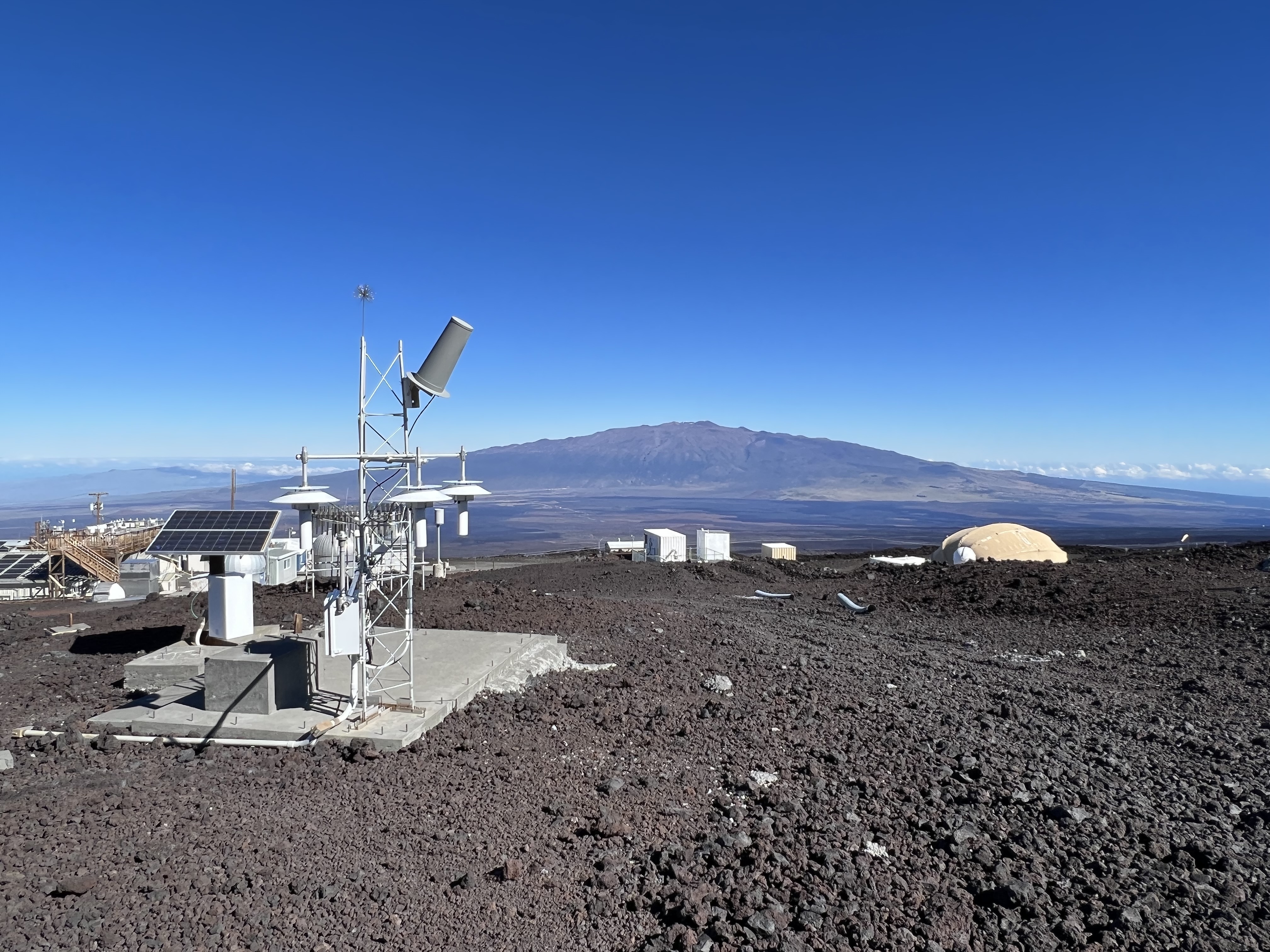 View of Mauna Kea from the Mauna Loa Observatory on January 24, 2022 | Credit: NOAA

But for some researchers, the eruption is science interrupted. The lava flow took out power lines and blocked the access road to the world famous Mauna Loa Observatory. The research facility, located at 11,135 feet above sea level on the north flank of the volcano, is free of vegetation and pollution, making it an ideal place to monitor atmospheric conditions, which scientists have been doing since the station was built in the 1950s.

Unfortunately, the volcanic activity threw a curve ball at the Keeling Curve—a graph that shows carbon dioxide concentrations in the atmosphere and is the longest-running record of the heat-trapping greenhouse gas in the world. The data shown on the Keeling Curve are considered incontrovertible scientific evidence that human activities are altering the planet’s climate with the only plausible cause being the use of fossil fuels. The Keeling Curve has also shown the natural rise and fall of CO2 throughout the year in the Northern Hemisphere, as plants die off in the fall and green up in the spring.

There have been few hiccups in the Curve’s record other than the current incident—once, in 1964, when the federal government briefly cut funding, and for about a month following the volcano’s eruption in 1984.

Per a press release from Scripps Institution of Oceanography at UC, San Diego, which established the Keeling Curve, researchers are exploring options to relocate the measuring equipment. When Scripps oceanography scientist Charles David Keeling, who created the graph, first began taking measurements in 1958, CO2 levels were at 315 parts per million. In 2021, levels of carbon dioxide hit 420 parts per million for the first time in human history.

Last week, the National Park Service announced that the name of a popular landmark and campground on the Bright Angel Trail at Grand Canyon National Park will be changed from “Indian Garden” to “Havasupai Gardens.” The Havasupai Tribe had asked for the name change. According to Smithsonian Magazine, about 100 years ago they were forcibly removed from the park and relocated to the west. 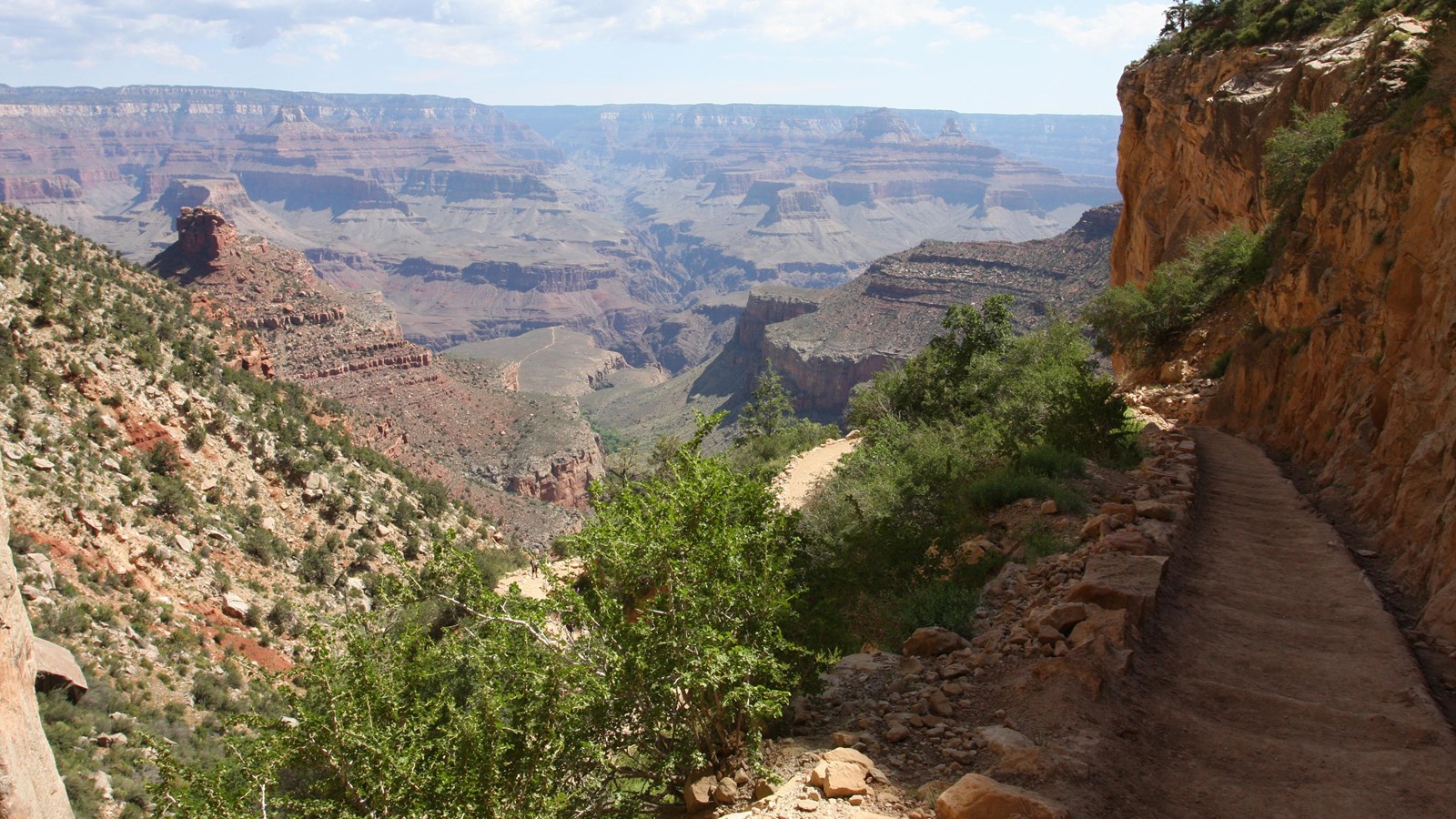 The name change was just one of a number of other efforts to remove names offensive to Native Americans. The announcement came during the Tribal Nations Summit at the White House, where a series of new commitments were made by the Biden administration.

Three tribes, two in Alaska and one in Washington state, who live along coasts or rivers, will each be given $25 million to relocate to higher ground because they face urgent threats from climate change. Eight more tribes will be funded to plan for relocation.

In addition, the federal government is taking steps to assure that the water resources of Native American tribes, including fish and aquatic plants, are not negatively impacted by the Clean Water Act. A proposed rule from the Environmental Protection Agency would require federal officials to take into account Native-held resources that tribes have used for thousands of years, and state agencies would have to do the same when they set water quality standards.

The president also pledged to protect large public lands in the Mojave Desert in southern Nevada that are sacred to Native American tribes. E&E News reports that advocates view Biden’s remarks as his commitment to create a new national monument at Avi Kwa Ame, the indigenous name for Spirit Mountain, and 33,000 acres of adjacent lands.

The White House hosted the Tribal Nations Summit where more than 300 leaders of indigenous groups learned of the federal government’s commitment to improve consultation in many areas. Speaking at the summit, Biden said that his administration has committed more than $13 billion to rebuild infrastructure in Native American areas, and is investing more than $32 billion where tribal nations had been hit by the coronavirus.

In an effort to reduce carbon emissions, France has won approval from the European Commission to ban short-haul travel by air when there’s a rail alternative available that takes two-and-a-half hours or less. For now, the ban will only affect three routes in France, although at first they wanted to stop eight flights. An earlier proposal would have banned a flight if a train would get a person there within four hours. 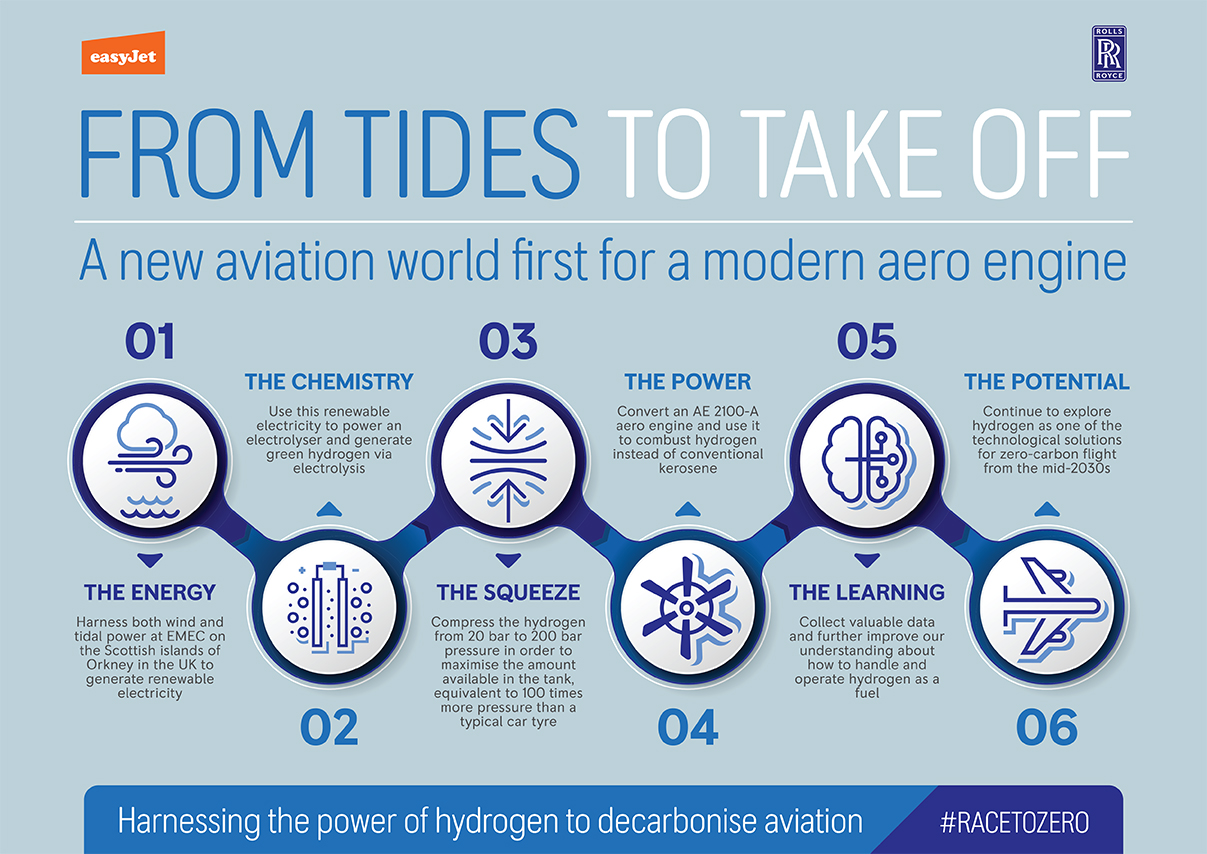 The aviation sector accounts for about 2.5 percent of global greenhouse gas emissions, so the search for a sustainable alternative to fossil fuels is on. Last week, Rolls-Royce and low-fare European airline easyJet announced that they have tested a modern airplane engine that runs on green hydrogen fuel, which was created using wind and tidal power from the Orkney Islands of Scotland. The companies tested the fuel on a turboprop engine rather than one used on a jet, but they are planning more tests and hope that hydrogen could be the non-carbon aviation fuel of the future.

Unlike fossil fuels, hydrogen produces only water when it is burned; however, the Guardian reports that many analysts doubt it could be viable for long flights, because of the increased amounts of fuel the plane would have to carry. And, if you’re wondering, right now, planes powered by electricity stored in onboard batteries are only possible for very short flights.

Antibiotics and Other Drugs Can Come from Giant Ocean Garbage Patch

There’s a staggering amount of plastic collecting in rotating ocean currents, the most infamous of which is the Great Pacific Garbage Patch located between Hawai’i and California. It’s 1.6 million kilometers square—double the size of Texas—and holds an estimated 180,000 tons of plastic waste—but it could also contain medicine. 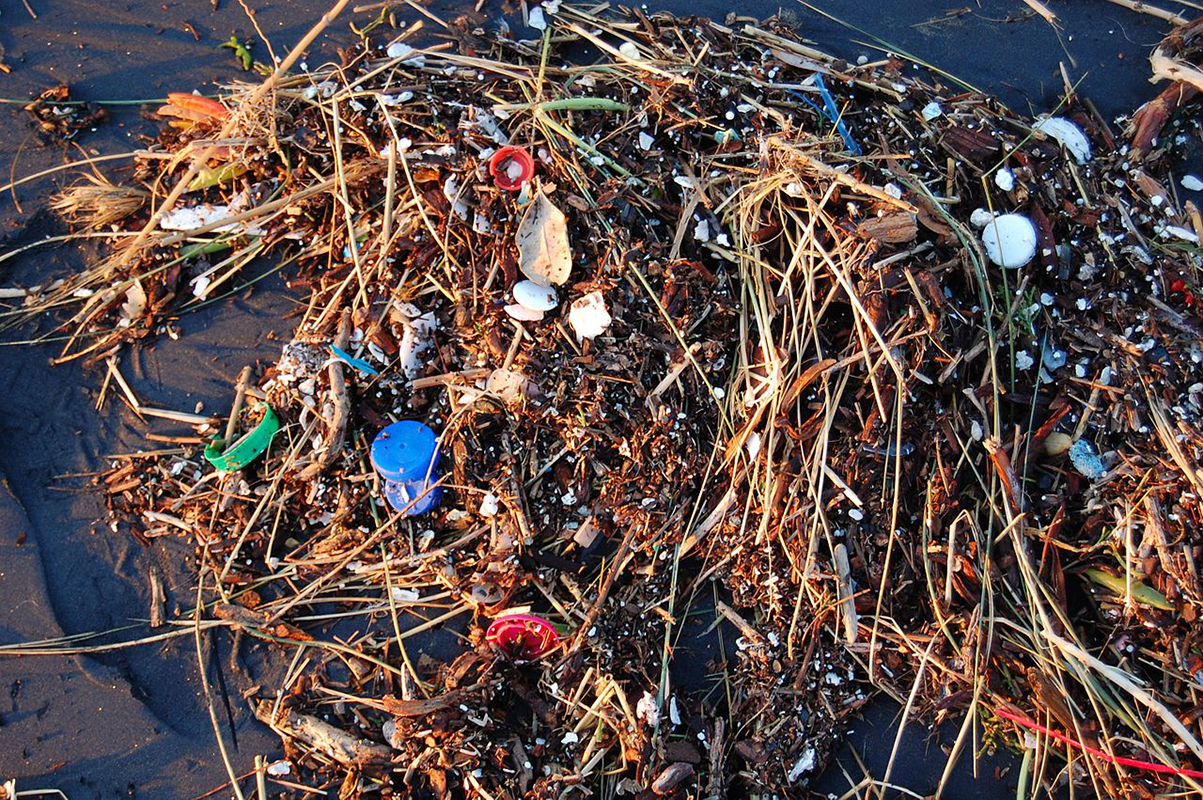 Pieces of plastic that washed ashore after a storm on a beach in San Francisco. | Credit: Kevin Krejci

Researchers at the University of Southern California have successfully converted the garbage into the basis for drugs that can treat everything from cancer to Alzheimer’s. The team collected waste on the windward-facing side of Catalina Island off the Southern California coast, plucking everything from shopping bags and milk cartons to carryout containers and household items.

They took the plastic, which had been weakened from its exposure to the sun and waves, and broke down the samples in the lab with chemical catalysts and pressurized oxygen. They then fed the carbon bits to geo-engineered fungus, which produced precursor compounds commonly used to make antibiotics, cholesterol-lowering statins, as well as cancer drugs—all within a week.

Study co-author Travis Williams told H2O Radio that their process could be a cost-effective springboard to developing new pharmaceuticals or even making agrichemicals and mass market products.

Ocean plastic is a vexing issue, but this discovery could make the problem a less bitter pill to swallow.

The work was published in the journal Angewandte Chemie.