Turning Plastic into a Climate Solution

IPCC Report: Government and Business Leaders Need to Step Up

We have the tools, but there isn’t the political will to use them. That’s the main takeaway from the latest report from the UN Intergovernmental Panel on Climate Change (IPCC) that details the steps needed to avoid the worst consequences of global warming. 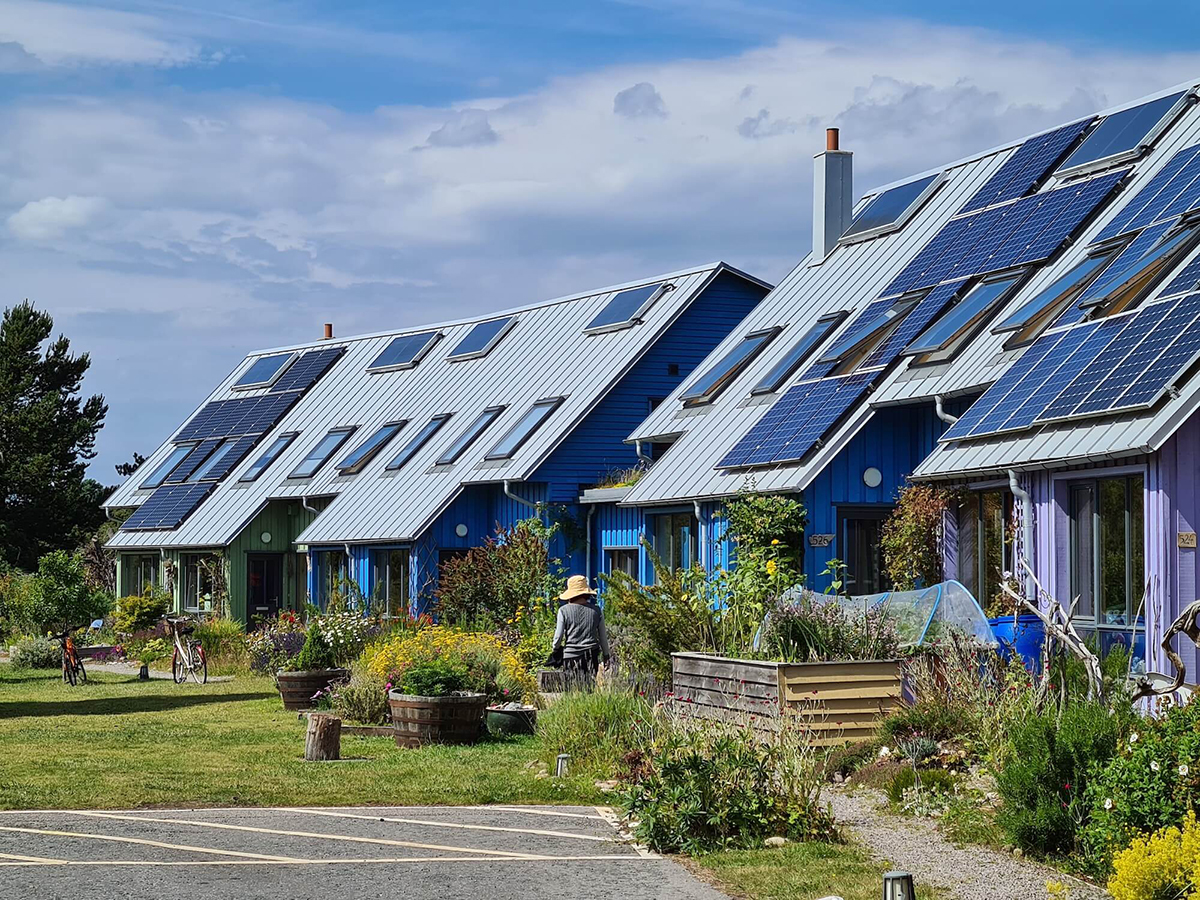 The Paris Agreement on climate change set a goal to limit warming to 1.5 degrees Celsius, and to get there, the IPCC says that greenhouse gas emissions must peak within the next three years and then be reduced by more than 40 percent by 2030. But right now, we are on track to hit 3.2 degrees—more than twice the target—by 2100, which would be devastating. The annual rate of increase in emissions was lower in the decade ending 2019, but they were still rising and were more than 50 percent higher than 30 years ago.

Politicians and companies are not acting with the urgency needed, and according to Climate Change News, some countries like Saudi Arabia argued against language calling for sharply reducing fossil fuel use. UN Secretary-General António Guterres said in a press conference that there have been a litany of broken promises with some government and business leaders saying one thing but doing another. “Simply put,” he said, “they are lying.”

The good news is that the panel says we have the technology to save our environment and cites the decreasing costs of solar and wind power relative to fossil fuels. The report says that the key to holding the temperature down is reduced use of fossil fuels and retirement of their infrastructure.

Electrifying transportation and eating less meat will contribute to lower emissions. According to the International Energy Agency, the sales of passenger EVs doubled worldwide to almost ten percent of all car sales last year. Scientists have said that plugging methane leaks from mines, oil and gas wells, and landfills are actions that can be taken easily. However, continuing to invest in fossil fuels and clearing large areas of forests for agriculture will defeat the massive cuts needed to meet the Paris agreement goal.

The IPCC report describes how many actions to reduce warming have additional benefits for humans, such as designing cities that are friendlier for cyclists and pedestrians. Fewer cars on the road means better air and improved public health. The gravity and urgency of the report was highlighted by Costa Rican diplomat Christiana Figueres, who helped with the Paris agreement. She told Bloomberg that the report is terrifying and it’s fundamentally about the long-term well-being of the entire web of life on this planet.

Study: Plastic Waste Can Be Harnessed to Capture Carbon

A team of researchers at Rice University have found a way to take one of our most pressing environmental problems—plastic pollution—and have it address another issue—greenhouse gases in the atmosphere. They were able to make plastic waste capture carbon. 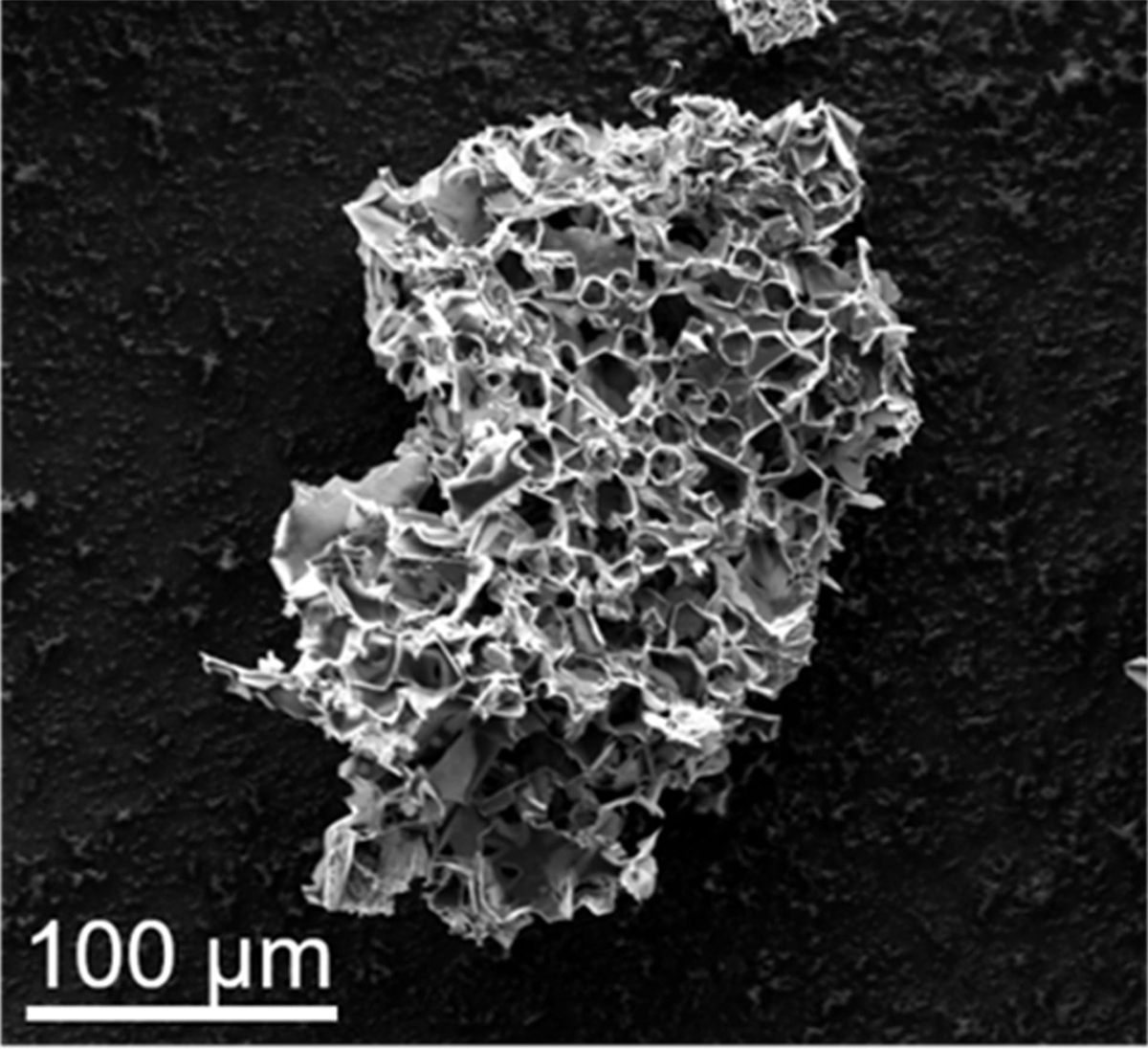 Pores in this micron-scale particle, the result of pyrolyzing in the presence of potassium acetate, were able to sequester carbon dioxide from streams of flue gas. | Credit: Tour Group/Rice University

They used a process called pyrolysis, which is a common way to chemically recycle plastic. But in their experiment, they ground the plastic into a powder and then added potassium acetate. When the material was heated at high temperatures (600 C /1,112 F), it produced porous particles that were able to trap up to 18 percent of their own weight of CO2 at room temperature and could even be used over and over.

The researchers say smokestacks at power plants could be fitted with the waste-plastic material to remove the carbon dioxide and that a wax byproduct of the process could be recycled into detergents or lubricants. Additionally, they say certain plastics such as polypropylene and polyethylene, which are hard to chemically recycle, are well suited to their method.

Current technologies to capture CO2 from natural gas flues use compounds called amines and are expensive, costing between $80 to $160 per ton of carbon extracted, but the waste-plastic material would lower the price to around $21 a ton.

The next step, the researchers say, is to scale up the method with the hope of commercializing the process to recycle more plastic and help rein in global warming. As the Guardian reports, strategies to capture carbon dioxide from the air and from facilities that emit them may be necessary if the goal of 1.5 C degrees is exceeded. However, the IPCC report states they are not substitutes for getting off fossil fuels.

Cargo ships are illegally dumping oily and toxic wastewater into the oceans with potentially devastating effects on ecosystems. An investigation by the nonprofit group Lighthouse Reports with nine news outlets, including the German public news organization Deutsche Welle, showed that ship crews use different methods to bypass safeguards and avoid monitoring equipment by governments. 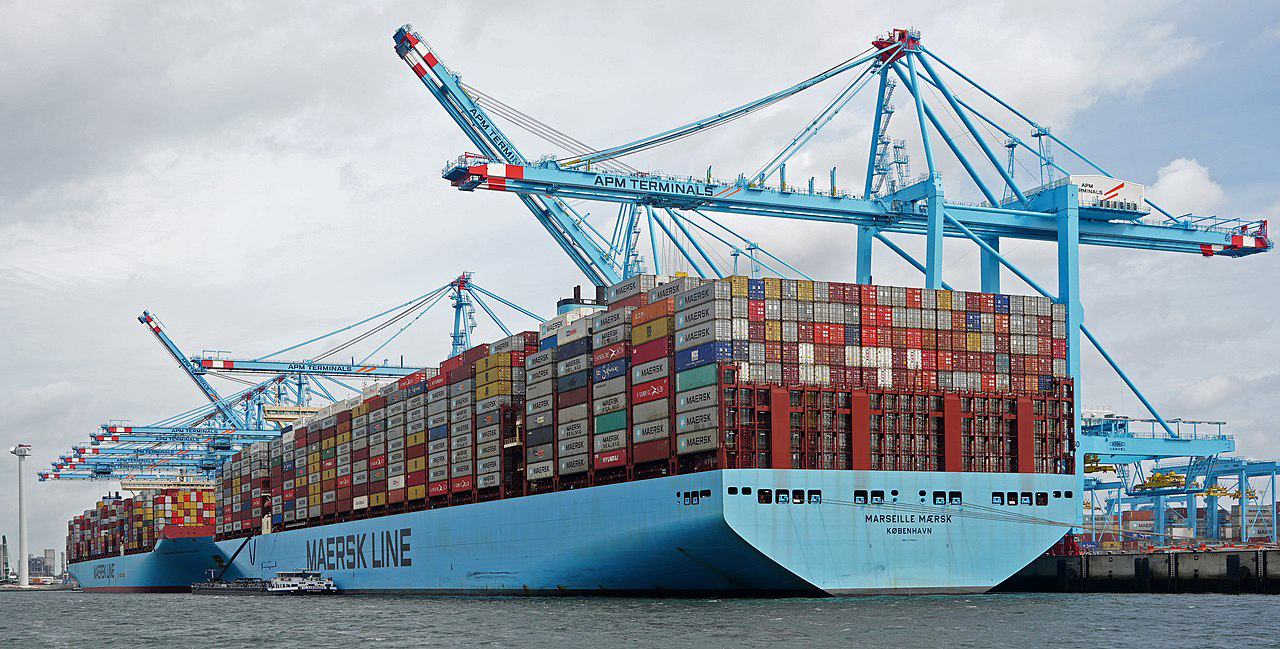 Tens of thousands of ships are on the seas each day, some with huge engines, transporting cars, phones, oil, food, and many other items. Lubricants, cleaning solvents, and metals, including lead, mercury, and arsenic, collect in the bilge or bottom of the ships and are stored in tanks. One ship can produce several tons of bilgewater daily. Large vessels are required to remove pollutants before releasing the bilgewater into the ocean at limits set by the International Maritime Organization. What remains is stored for offloading in a port facility. But, to avoid costs, some dump the contaminants on the high seas.

By using satellites, the environmental group SkyTruth identified hundreds of potential releases across the world last year alone, but the actual number is likely significantly higher. They estimate that more than 50 million gallons of bilgewater are released each year—about five times the amount of the Exxon Valdez spill in Alaska 33 years ago.

Whistleblowers told the investigators that portable pumps, which can be easily disconnected, were used to transfer the bilgewater to a tank from which it would be dumped sometimes at night or during bad weather when there is a lower chance of getting caught. One scientist told Deutsche Welle that even small spills can have lasting effects and the waste can harm microorganisms on which larger animals feed and then enter the food chain passing up to humans.

We’ve all been there. You reach into the freezer to grab a bowl of your favorite ice cream, and ugh, it’s full of ice crystals. What happened?

All ice creams have ice crystals, and when they’re freshly made, the crystals are very small and not noticeable. But as its temperature fluctuates either from shipping, storage, and even the trip home from the grocery store, the crystals can get larger and group together, resulting in the annoying crunch.

Manufacturers typically add stabilizers like guar gum to slow crystal growth, but it doesn’t stop it completely. So, scientists at the University of Tennessee wanted to tackle this vexing problem. First, they looked to nature. Many creatures that live in extremely cold environments have a natural antifreeze—proteins that fight the growth of ice that would damage their tissues. These proteins are amphiphilic, meaning they have a hydrophilic surface with an affinity for water, as well as a hydrophobic surface that repels water.

But those proteins are difficult and expensive to harness. So, the researchers decided to test using cellulose from the cell walls of plants. Cellulose nanocrystals (CNCs) have properties similar to the protein antifreeze but are widely available from agricultural and forestry waste, as well as inexpensive and renewable.

The team found the CNCs were better at stopping the formation of crystals than current stabilizers and they slowed how fast the ice cream melted. The researchers say the plant material could potentially be used for other frozen foods—or even perhaps to preserve organs being donated for medical transplants. Lead researcher, Tao Wu, PhD, said, “At present, a heart must be transplanted within a few hours after being removed from a donor,” he explains. “But this time limit could be eliminated if we could inhibit the growth of ice crystals when the heart is kept at low temperatures.”

Pending FDA approval, the team thinks that slow-melting ice cream could be in stores in a few years.